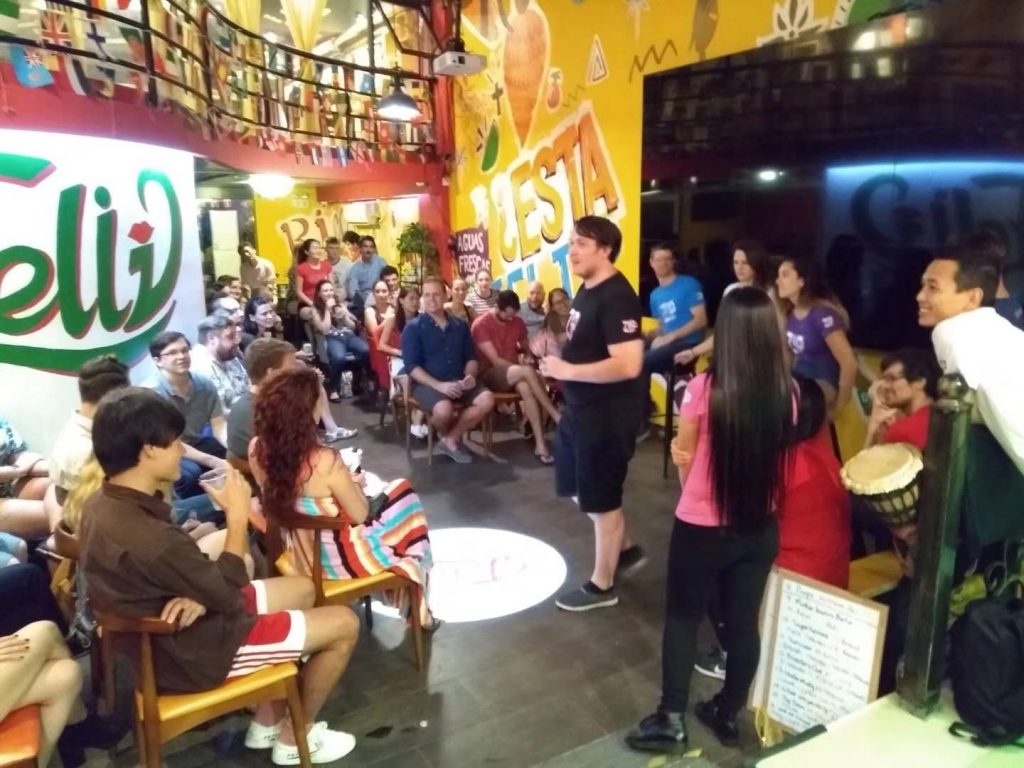 So I’ve found myself at a dinner party. The host seems like a normal enough sort, but then the guests start arriving. The first seems to be only interested in the neck of the host. Matters only become stranger when the next guest arrives. He seems to have a problem with his backside that attempts to suck in all those who are nearby.

Eventually, the host turns to the rest of us watching. “Okay, Simone is a vampire. I guess Aaron’s bum is a black hole.”

The rest of the group clap and cheer enthusiastically. Laura is right.

“Shall we play another game of Dinner Party?” asks someone in the group.

“Let’s do it,” says another and a new host exits the room while the rest brainstorm fresh identities for the guests.

This may seem like an unusual evening for most. For ZIP improv group, however, it’s all part of a normal rehearsal. 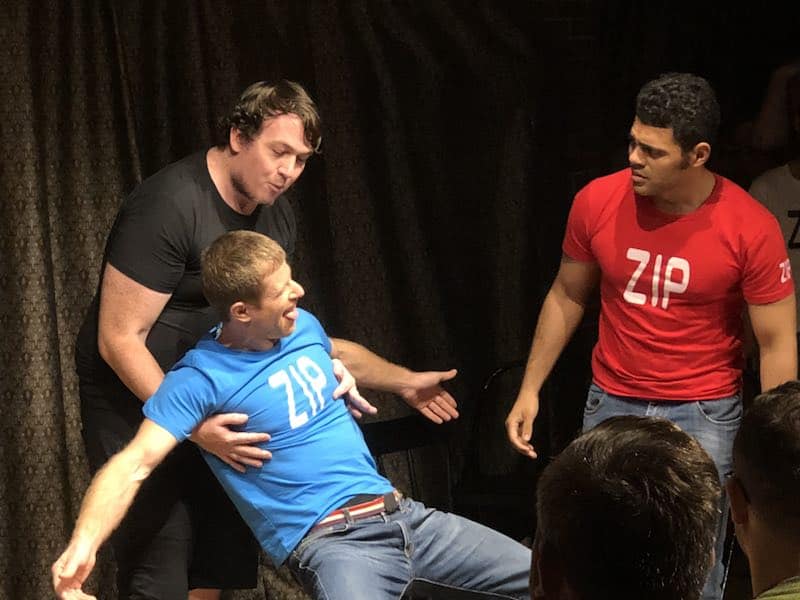 Let me rewind for a moment to the start of the evening. I’m there to interview the ZIP improv group. A band of young performers who get together regularly to put on improv shows all round Shenzhen. ZIP has kindly allowed me to join in with one of the rehearsals before an upcoming performance.

While waiting to meet Aaron, the group’s English member, I’m left to wonder what to expect from the rehearsal. I must confess that I did not know a great deal about improv apart from a few episodes of Whose Line Is It Anyway?, but I’d heard great things about ZIP from those who had been to their shows and I was eager to experience it for myself.

I imagined it would be a lot like standup comedy, but what I would come to discover is that there is a great deal more to it than that. 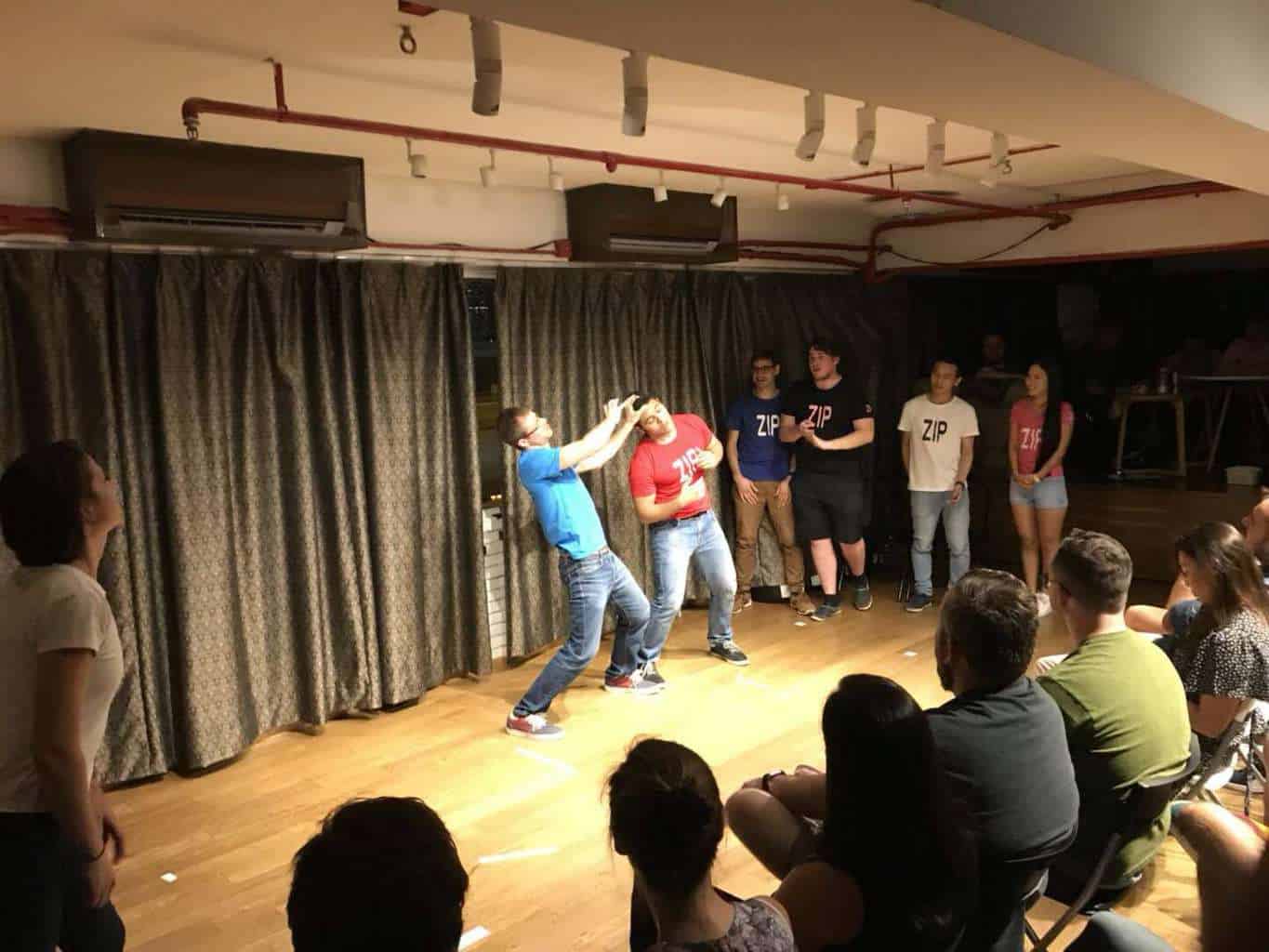 I meet Aaron downstairs on the street and together we head up to his colleague Malone’s apartment where the rehearsal is to be held. It’s your normal apartment, but some adjustments have been made for this evening. A large space had been cleared in the center of the living room that would prove important and there was a white board set up with a list of games that I would learn about later. By the window, I noticed a copy of The Upright Citizens Brigade Comedy Improvisation Manual.

Some of the others have already arrived before Aaron and myself, and it’s not long before the apartment fills up with performers. There’s Malone, our welcoming host, along with his cat. Busy writing games on the whiteboard is Laura with Lost Star and Simone stood either side of her making suggestions. Brandi is preparing to warm up with Steven. Arriving fashionably late are Mario and Steve. Finally, there’s Aaron, the group’s token Brit bringing a welcome dose of English comedy. 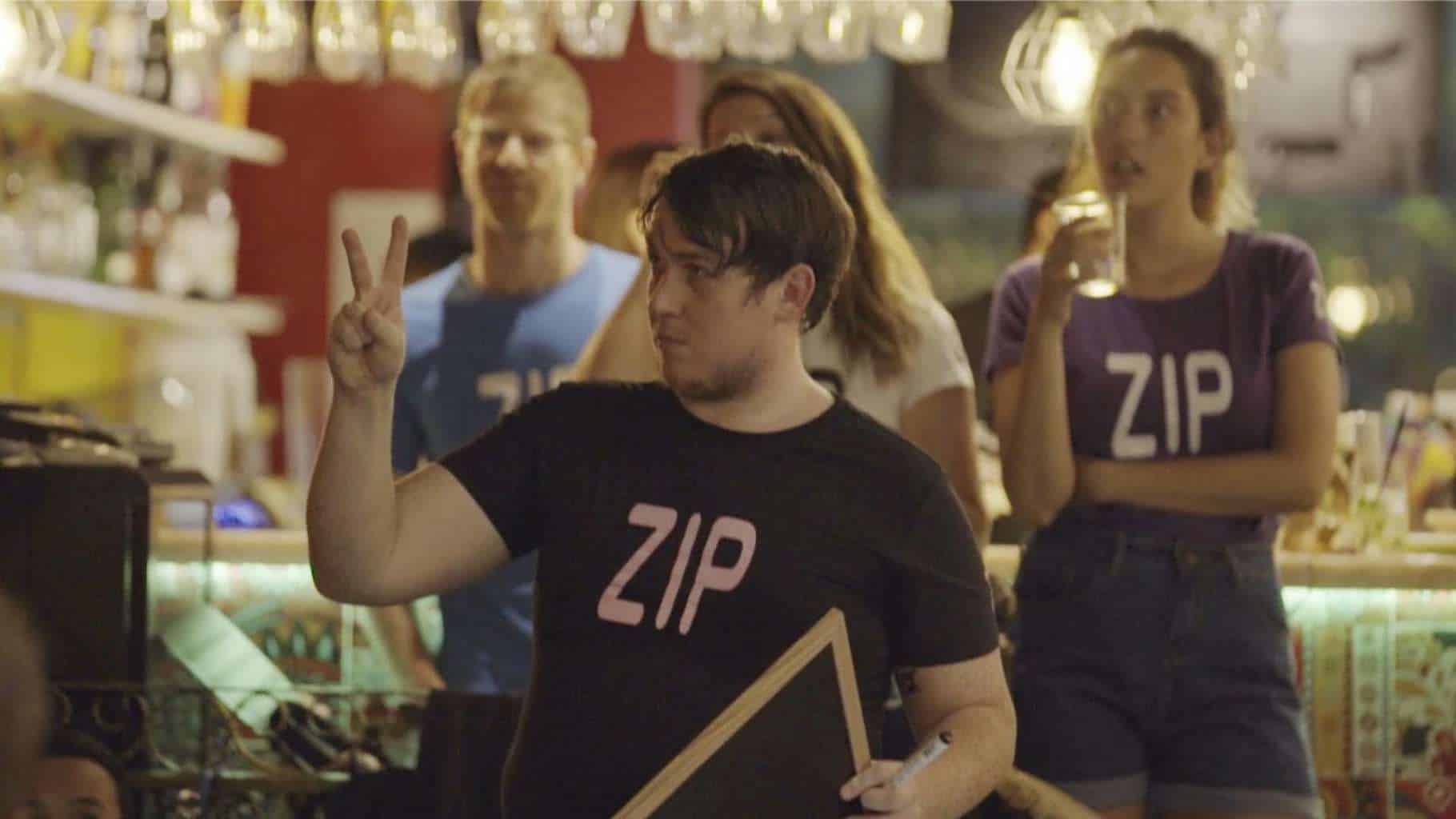 At that stage, I do start to wonder if this is going to be awkward. After all, it’s a relatively large group of people standing up in front of each other and basically saying the first thing that comes into their heads. Couldn’t it get a bit embarrassing?

After a couple of beers and a few warm-up games though, everyone is relaxed. The games appear to be there to get people loosened up both with speaking and moving. One game involves a call and response of random noises while another is best summed up as a really intense game of tag.

The group is ready to get started and so I take a seat. Despite it being my first time and it was only a rehearsal, rather than a show, I had a great time. 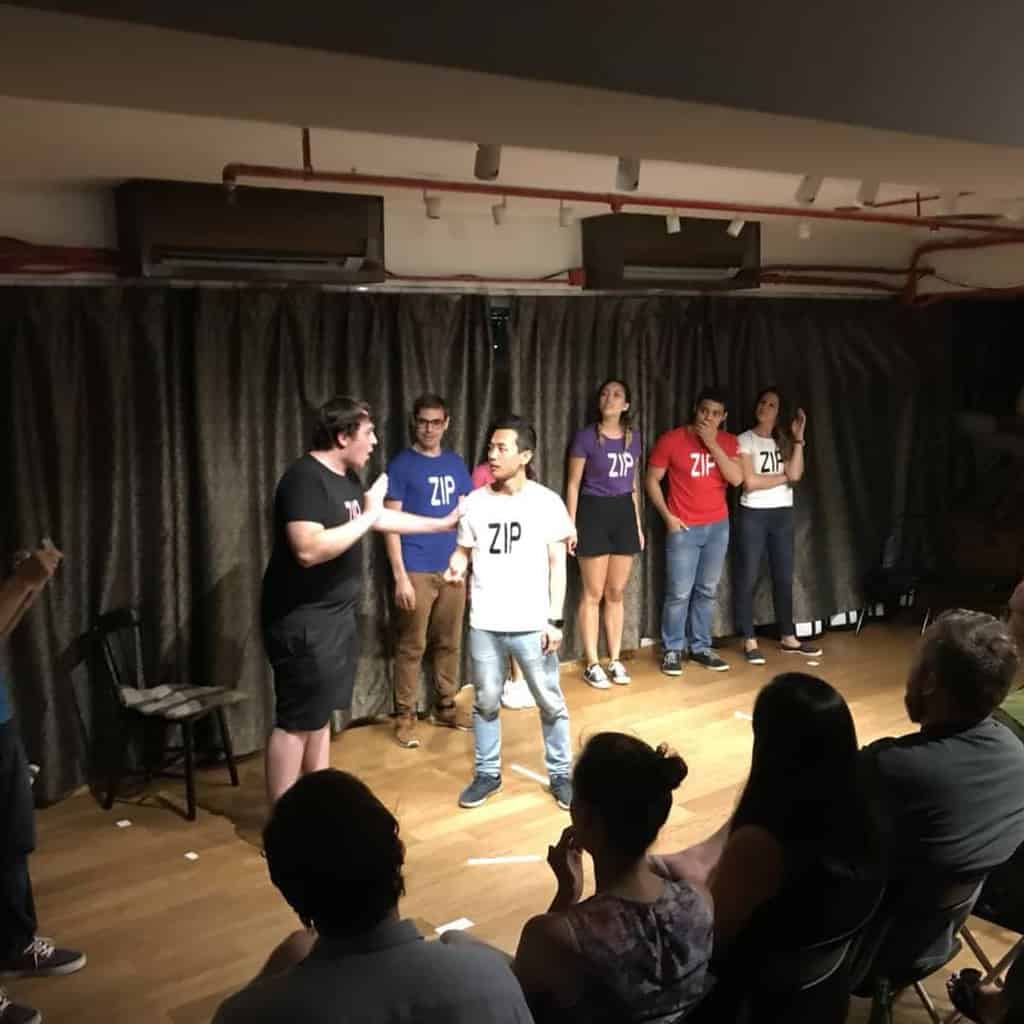 It was funny. In the same way a standup show is funny. There was a fair share of witty comebacks, great one liners, and surreal improvisations.

But it’s not just funny. It’s also fun, and rather exciting too. It’s that sense that whatever is being said or done in that moment is being so for the very first time. Nothing is rehashed. Everything is original. Furthermore, it’s fascinating to see these people working together. It’s to see them reacting and riffing with each other in the moment.

The games they play are great at getting the most out of the performers. They help throw up the type of crazy scenarios that improv performers thrive in, which in turn, the audience loves.

One such game is Storyteller. This game involves one performer assuming the role of an author typing out their latest novel. Two other performers are then tasked with acting out and adding to what the author creates, and in turn, the author reacts to how the story pans out. It’s a game full of potential for the performers to creatively tie each other up in.

Another equally widely creative game is That’s Not How You. This game can involve the entire group and begins with two performers acting out a scene. The other performers can tag themselves in at any moment. The aim is for them to take something that is said or done and totally twist the context without changing the actual words or action. This game brings some of the biggest laughs of the evening. 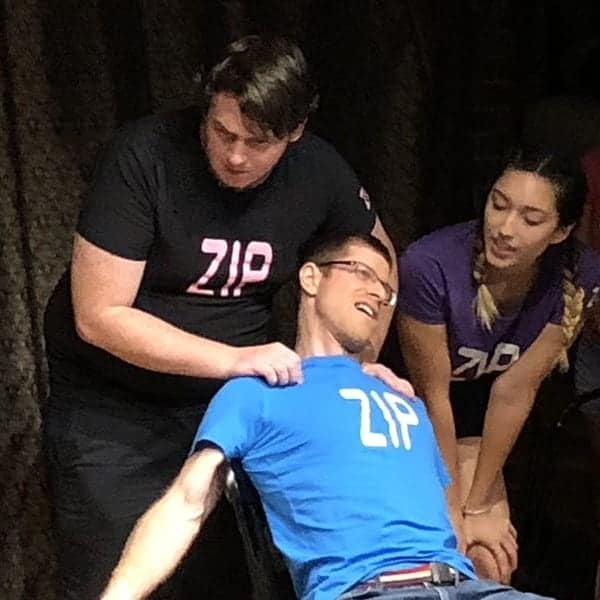 But credit where credit is due. As great as the games are, this is one talented bunch of performers. More so, it’s a cast where each person brings their own personality and style to the games.

What really impresses me, or what I really respect, is how passionate each and every one of them is about ZIP. It’s clear that these are people performing for the love of what they do. It’s heartening to see people pursuing their passion for no other motive other than to promote it to a wider audience. By the end of the rehearsal, I have went from knowing next to nothing about improv to wishing the session didn’t have to end while eagerly awaiting the next show.

Improv is very much an inclusive experience. The performers are open and friendly, the audience is encouraged to get involved, and there is a feeling that everyone is in on the fun. It’s very infectious.

So what are you waiting for? Get involved with the one of the most fun nights you can have in Shenzhen. 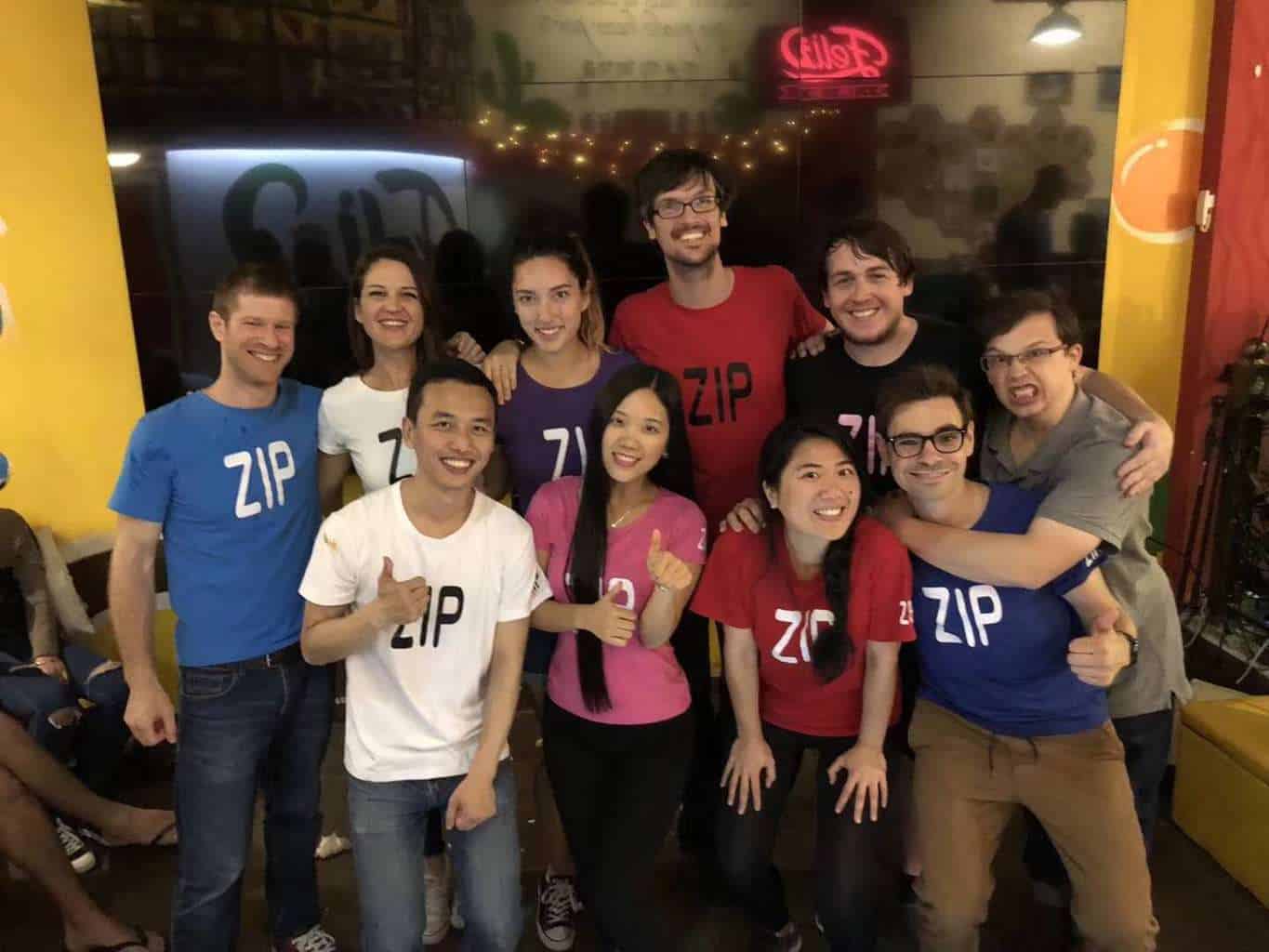 For more details on upcoming shows or if you have any other queries about ZIP Improv, you can contact group member Aaron on WeChat (ID: Azzadoc).

If you’re thinking to yourself ‘Wow, this sounds interesting. I need to check these guys out’, then you are in luck! Don’t miss their upcoming Back to School show September 15th, 20:00 at Feliz Bar & Restaurant, Futian!