The Opening Ceremony Of Zero One Technology Festival 2018

The “Zero One Technology Festival“, organized by Shenzhen Zero One Technology Co., LTD, under the guidance of China’s Industrial Development Alliance of Artificial Intelligence (AIIA), was held in Shenzhen I-Factory from 5th to 8th of July.  It has created an immersive future business space integrating multiple fields under the theme of “second nature”. 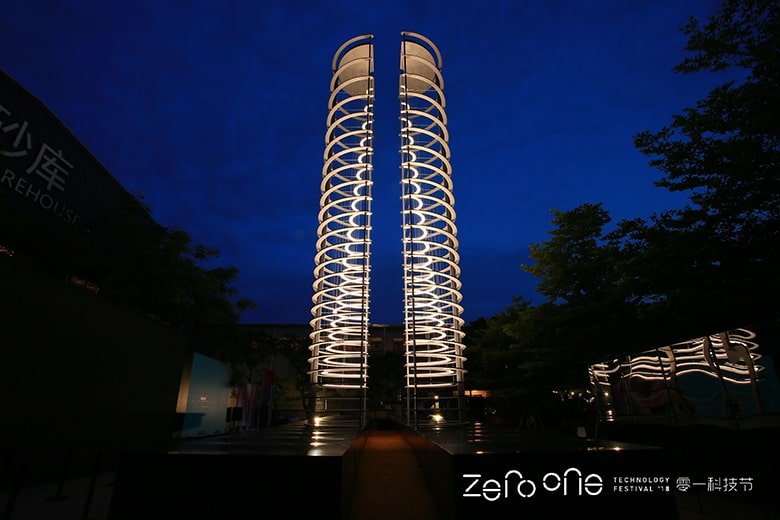 You may wonder, what is second nature? The general manager of Zero One Technology Festival Chen Jiangshan said that second nature is the inherent instinct that people live with technology. This technology festival will explore the second nature of the symbiosis between human and technology through the three modules of the intelligent technology exhibition, the summit forum, and the launch platform of black technology, and bring a new deep technology experience to consumers around the world.

The Festival covers an area of over 30,000 square meters. The intelligence technology expo covers artificial intelligence, robotics, drones, smart apparel, smart homes, smart medical, applications and security and virtual reality and all the cutting-edge areas. Compared to traditional science and technology festivals, it does not only display a single product but also embed products and technologies into commercial application scenarios but also creates an intelligent space for deep technology, full scene, and new experience. 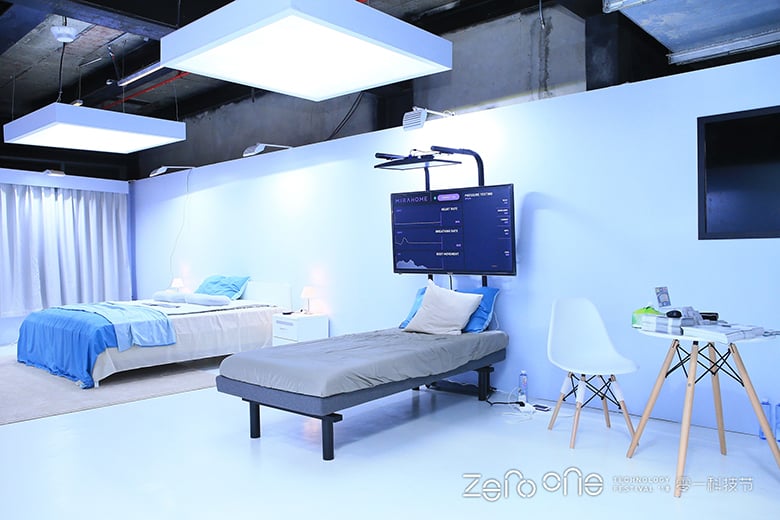 The intelligent technology exhibition is divided into “exploration”, “perception”, “release” and “awakening”. These four regions correspond to different intelligent spaces. The organizer has organized more than 100 black tech enterprises and more than 50 interactive experience show. There are many unicorn enterprises in the field of artificial intelligence among them, such as DJI, CEXO and Puppyrobot, jointly creating an AI+ scene experience space. In these four days, representatives from dozens of countries will show the world their latest entrepreneurial technologies.

Instead of being an ordinary exhibition, the festival developed to be more like a futuristic full-scene cutting-edge science and technology show. “The Totem of Light”, “The Phantom Show”, “The Pulse of Urban” and other scientific and technological venues make “black technology” and contemporary aesthetics blend perfectly. At the scene, tourists can sit down and chat with robots, watch a robot runway show, taste a cup of coffee delivered by robots, or walk into AI business scenes such as unmanned shops and hospitals to have close contact with intelligent life scenes in the future. 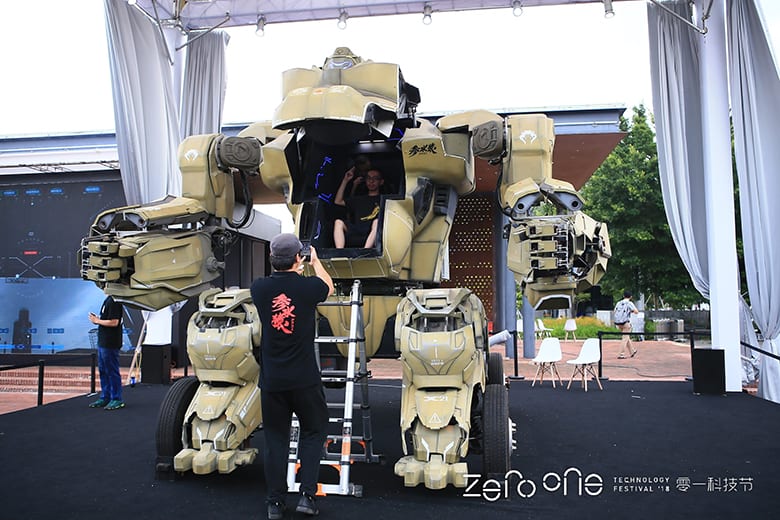 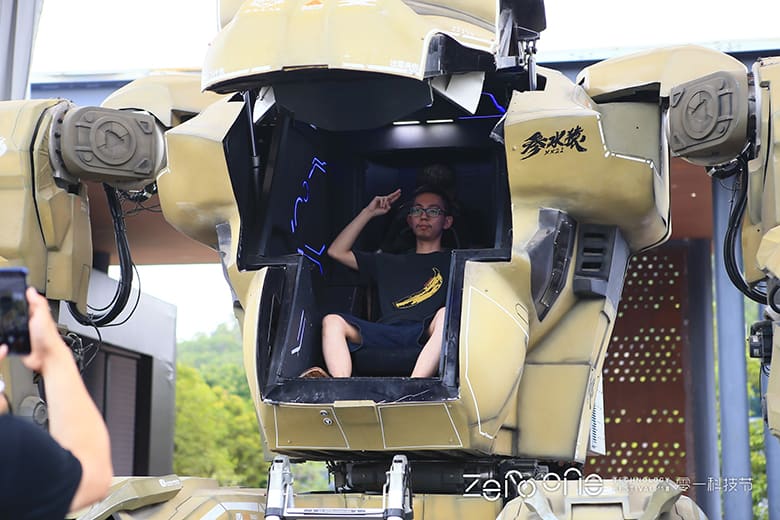 The cutting-edge press conference, the first launch of ten of the top black technology in the world 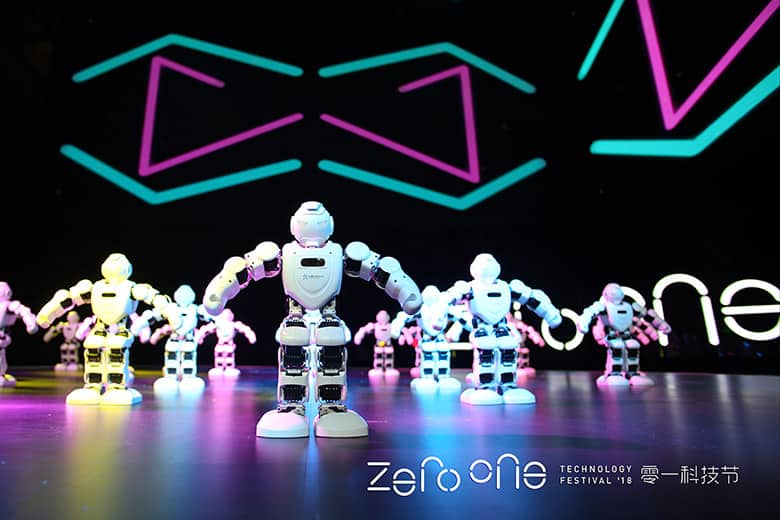 As the world’s first full-scene immersive technology exhibition, CEXO brought its most dazzling and cutting-edge “Real Steel Exoskeleton” on stage. “Real steel exoskeleton” brought the independent research and development of the world’s first power packages to arm exoskeletons fingers (CEXO – 01), and the waist powered exoskeleton (CEXO – W02), to have close interaction with the audience on the scene.

In the field of brainwave, we have the world’s leading brainwave head-wear products developed by BRUN Technology, which can provide an EEG recognition system for industrial applications. It has the characteristics of high accuracy and high speed of EEG control. You can wear a brain cap with dozens of EEG capture points, and you’ll be able to control the characters in a 3D game.

Midstereo, a leading domestic virtual reality technology company will launch the world’s most advanced backlit naked eye 3D product and redefine the naked eye 3D in the field of stereoscopic vision BrainCF, the world’s leading manufacturer of brain machines, launched the new brain machines on the spot. It comprehensively improves the performance and efficiency, leading the industry evolution. DTing will launch the world’s top bio-control products that can be used in the mobile terminal gestures, robot, mechanical arm control, smart TV gestures, and other areas, under the open AI era of new interactive way. 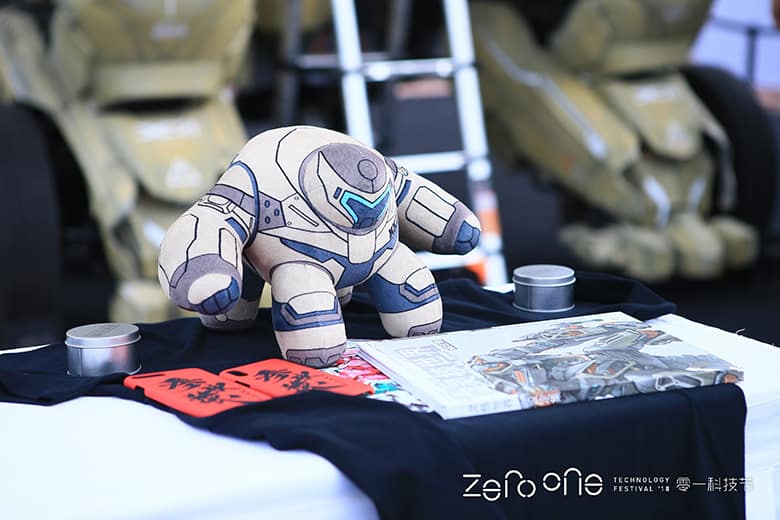 Puppyrobot launched their new products at Zero One. Among them, LOLO robot can carry out planned cleaning for AI voice interaction and visual planning navigation, intelligent obstacle avoidance, education for children, and even home environment monitoring. Most importantly, you can manage your health and become your family doctor. You can realize one-key alarm and call your family remotely. Puppyrobot’s driverless cars “puppy” are also showing off the black technology of transportation, solving the problem of “last mile” community travel. 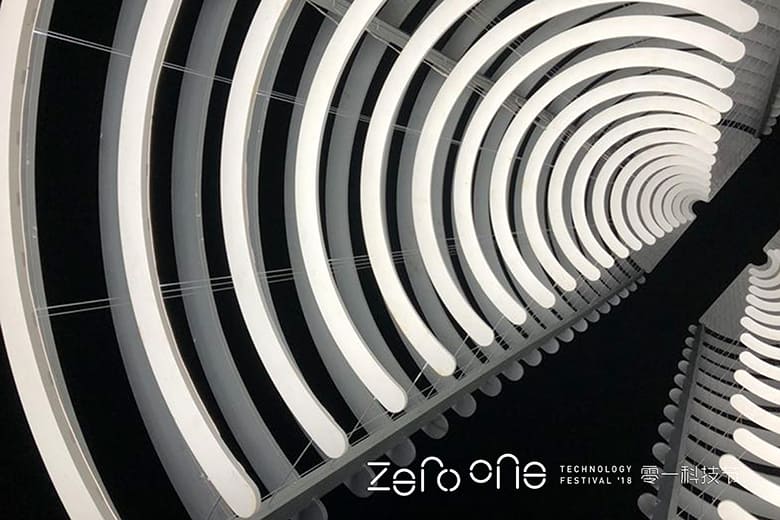 At the industry leaders’ summit, dozens of industry leaders from home and abroad jointly look forward to the “national strategic vision and reality of artificial intelligence” and explore “the next super species of 2018” at the Zero One Technology Festival. In these four days, they have been constantly brainstorming the top ideas, communicating with 12 top-level wisdom collisions, delivering 20 keynote speeches of industry leaders and talking about the future of the global technology industry. 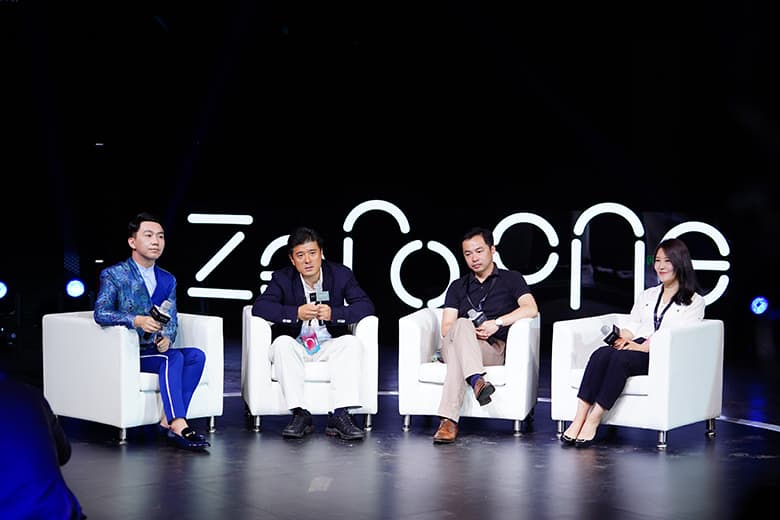 The industry leaders’ summit is divided into four major themes: industry, life, art, and culture. Steve Mann, the father of wearable computers, Fei Lianghong, Amazon AWS chief cloud computing technology consultant, Yan Zhijie, the chief scientist of voice interaction intelligence of Alibaba DAMO Academy – machine intelligence technology laboratory, Zhang Rui, the CEO of ARTrobot,  Song Yuegang, the chairman of Pangolin Robot Corp., Ltd and others industry leaders will be here. The summit focused on AI vision, service robots and other topics of greatest concern in the field of artificial intelligence. There will also be “Chinese style opportunity of AI”, “new power of AI”, “double liberation of intelligence and people” and “unlimited possibilities of AI and art”. Business trends in the era of artificial intelligence are in full view.

It has to be mentioned that the host place of the first Zero One Technology Festival was chosen in Shekou I-Factory in Shenzhen, it was previously the factory of Guangdong Jiangmen Isn Float Glass. It was the “experimental field of reform and opening up” in 1985. The Zero One Technology Festival invested hundreds of millions of Chinese Yuan to transform a small harbor between mountains and seas into a science and technology ideal country, which means to connect the past with the future.

All products and technologies do not exist in isolation but are applied to real scenes in this show. It allows the technologies such as artificial intelligence and service robots to be embedded and connected with life scenes to create an immersive technology experience. It’s also a big no man’s land, all the smart office, the smart hotel, the smart business, the smart medical, the smart health and others come at one time, in the city of the future to build a technological ecosystem of the future. More than 10 revolutionary new technology launches from around the world. It is considered the most exclusive launch, which allows the users to take the deep technology to the end. It aims to create a Chinese version of CES, and Shenzhen, a city known as China’s Silicon Valley, is once again become the focus of the world. 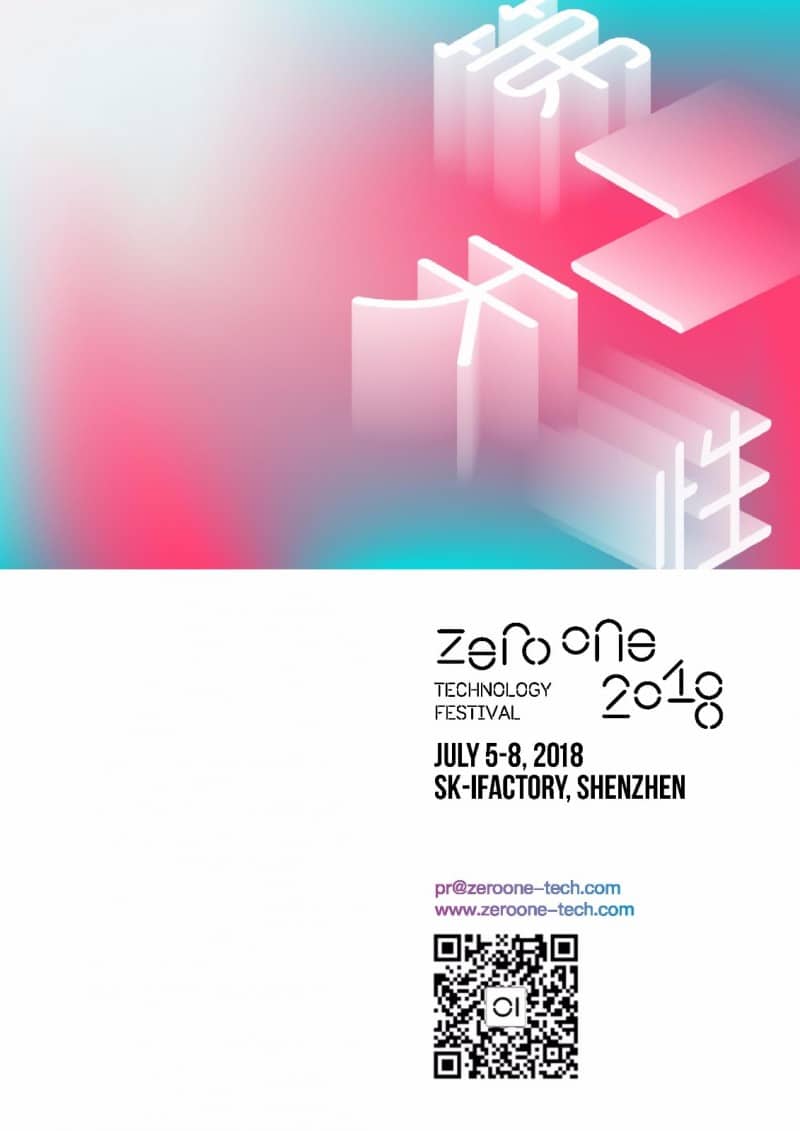