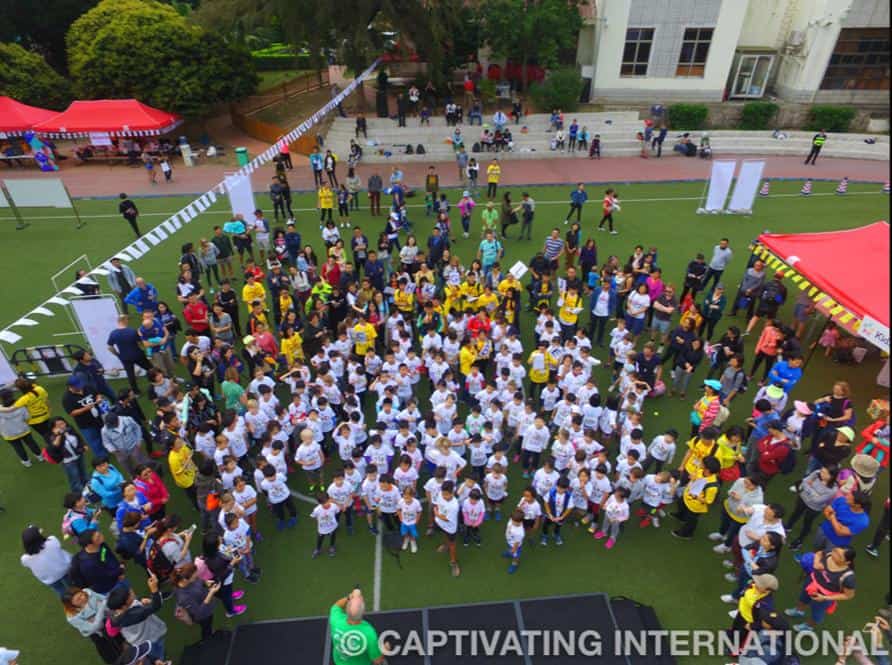 The Kidz With Heart event presented by Captivating International and Shenzhen Charity Federation was a resounding success. Celebrating its 10th year, Captivating International has grown from strength to strength, developing charity projects around the world. This successful organisation was started in 2008 as a Hong Kong Charity with partnership links to Australia and the US. From there, founders Andrew and Julie Colquhoun, took the idea of helping impoverished children from remote villages in China, and over the years this charity work has extended to include seven different provinces throughout China as well as Kenya and Nepal. The first of two annual events, the 7th annual Kidz With Heart event held at Shekou International School’s Jingshan Villa campus on Saturday 17th March, had more than 175 children from 29 countries taking part in a fantastic day of sports. A range of different events comprised the mini Olympics for children aged from 5 to 11 years old, with each child taking part in seven activities. Basketball shoot, soccer shoot, long jump, bean-bag toss, 3-legged race, a limbo competition and archery were a few of the exciting events on offer. Children and adults alike cheered on the participants and everyone competing received a T-shirt, a medal and a goodie bag for their efforts, as well as a great sense of achievement. The winners of each event also had the chance to display their country’s flag on the winner’s podium while being presented with their gold, silver and bronze medals at the end of the event. 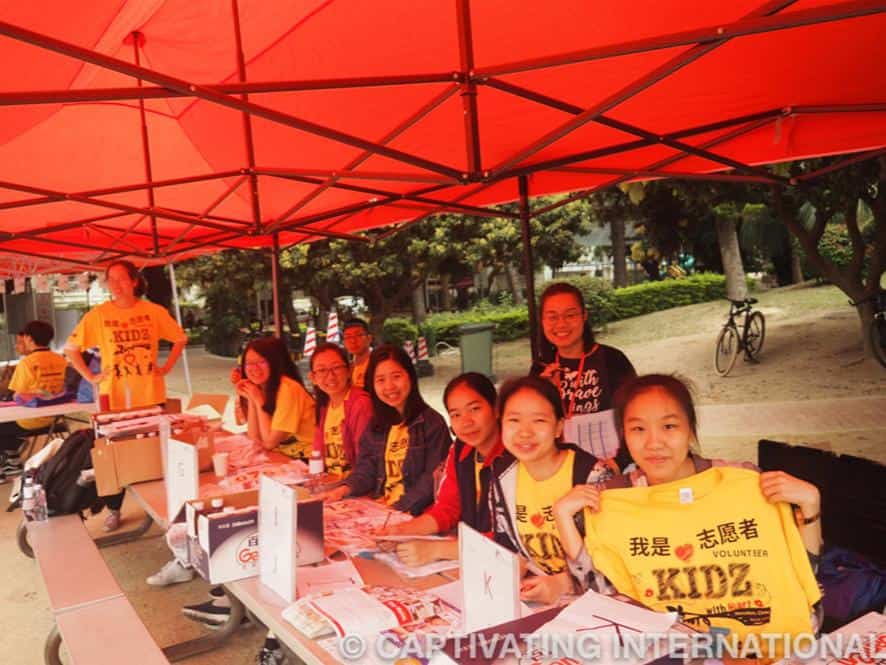 In addition to the brilliantly organised events, delicious food was also on offer. Trafalgar from Shui Wei, Futian, provided hot dogs, burgers, kebabs and fries; Artisans Pizza provided – yes, you guessed it – pizza and Maximo provided creamy gelato, all at reasonable prices. You had to be an early bird to sample the ice cream though as it sold out before 11.30am! What was even better is that each of these sponsors donated 60% of their sales from the event to Kidz with Heart, and considering the roaring trade they did this should be a substantial contribution to a really worthy cause. Next time, which will be at SWIS on 24th March, Trafalgar and Artisans Pizza will be back with more savoury delicacies, along with ice cream from Alexander’s. Make sure you bring an empty stomach and a full wallet to sample one of everything and contribute further to Kidz With Heart. To accompany the great food, the first Kidz With Heart event this year was sponsored by a plethora of other companies, including Raffles Medical who also hosted a first aid station at the event. The silver sponsors were AMROSIA Global Sourcing and Inspection and KidKraft; while Five-Star Sports, GPA Global, QSI, JEC British Early Learning Centre, NVD New Vision Display and First Code Academy were all Bronze sponsors. Of course, none of this would be possible without a location, kindly provided by Shekou International School with China Merchants Shekou Holdings and Jingshan Management Group. The next event will be sponsored at gold level by WIK Development and Manufacturing Service, making it WIK Kidz With Heart, and will be sponsored at silver level by ISNS and AMROSIA Global Sourcing and Inspection. Bronze sponsors will be GPA Global, NVD New Vision Display, Five-Star Sports and JEC British Early Learning Centre. 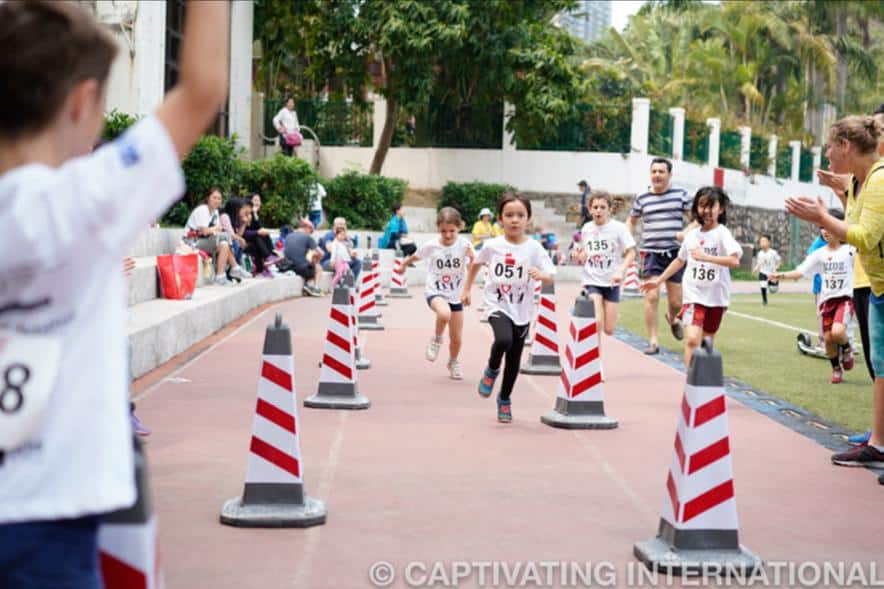 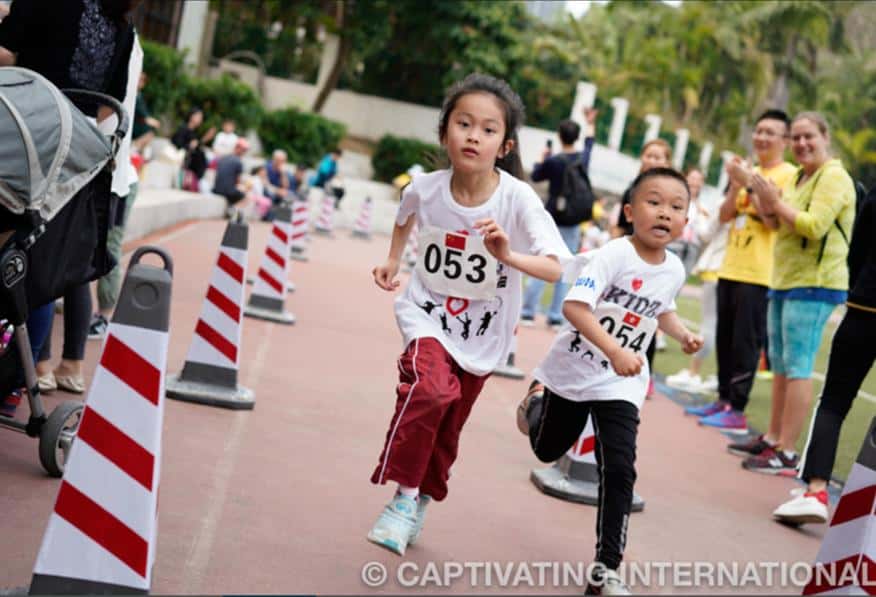 The second-to-none organisational skills of the volunteers organised by Gary Ellis from Shenzhen College of International Education (SCIE) at this first event ensured that everything ran swimmingly. Special thanks to Tom Simpson and Jenny Wu from SCIE who were MCs for the day. The next event will have volunteers from Shen Wai International School (SWIS), International School of Nanshan Shenzhen (ISNS) and The Academy, with Tim Mitchell and Chu Qi starring in the role of MC. 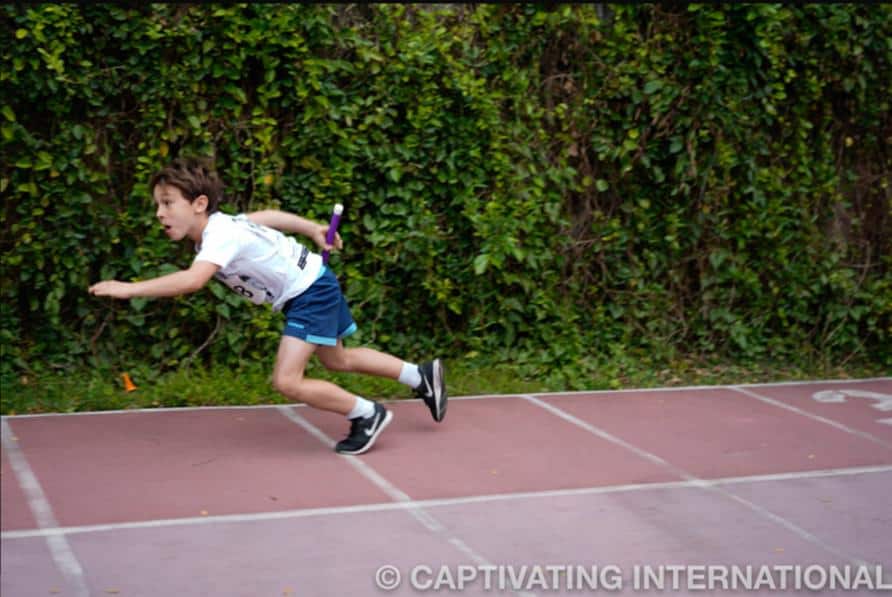 We haven’t got the final figures yet, but Kidz With Heart is hoping to raise around 350,000RMB over both weekends this year. All funds raised go to a range of charity projects run by Captivating International, with a focus on helping impoverished children in China reach out for a better tomorrow. These projects are the Healthy Village Program which provides health information, medical checks and basic healthcare supplies to remote villages; Greenhouses for impoverished families; Vocational High School Scholarships which sponsor girls to finish high school; My First Job Program, sponsoring girls who never had a chance to go to school to become a chef or home services worker; and Pig Project where two breeding pigs are given to a single-parent family or families with physical disabilities in remote villages. 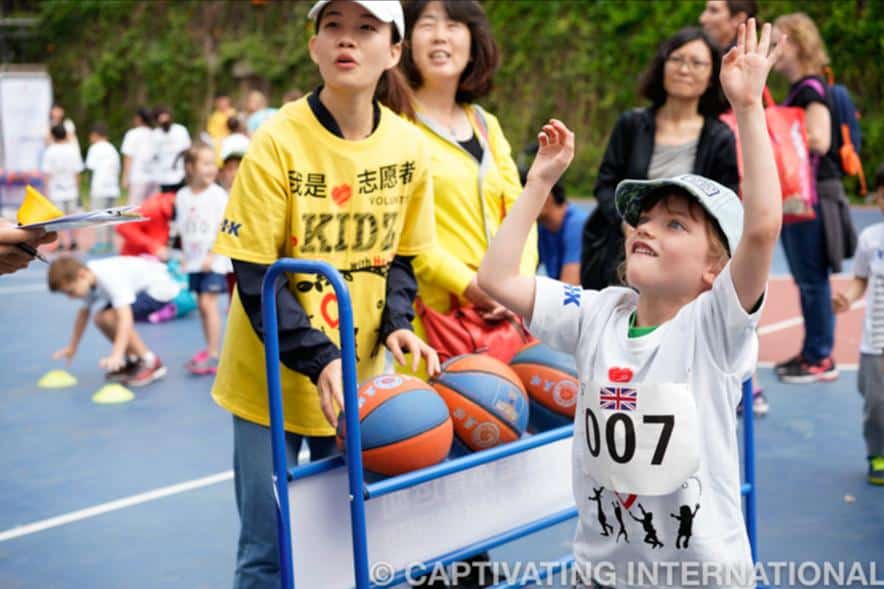 This is such an important cause that it’s worth popping along just to eat pizza or a burger and cheer on the children competing – even if you don’t have children yourself! And if you missed it on 17th March don’t worry, the next one is 8am-1pm Saturday 24th March at Shen Wai International School, Shekou. Registration has closed for this event but make sure you put it in your diary for next year – kids only!