Goon Goon is a relatively unknown gem in Futian’s new Upperhills Mall. Only 20 minutes by car from Futian CBD, Goon Goon is in a prime location and will soon be even more accessible when the new metro stop opens at the end of this year.

Craft beer has become very popular in Mainland China, and Young Master Brewery, based in Hong Kong, is bringing their expertise to Shenzhen. Selections of their beers are already available in more than 20 tap rooms and five star hotels across China.  Goon Goon is Young Master Brewery’s first bar and restaurant in Shenzhen; and with more than a dozen varieties of craft beer to choose from plus pickles, nibbles and meals to accompany them, there really is something for every palate.

Goon Goon first opened on level 3 of Upperhills shopping mall in December 2018, and although this was the soft opening the quality of both the craft beer and the service has meant it has become a firm favourite of everyone who has visited. Their first restaurant, The Guild, was opened in Singapore and made it to the Best Beer Bar in the city within a year. The F&B Operations and Business Development Manager, Jessica, is determined to make Goon Goon the best bar in Shenzhen. With more than 15 years’ experience of working in the Food and Beverage sector, the owner of Young Master Brewery knew Jessica’s expertise would be ideal for their new location in Shenzhen.

One aspect that makes Young Master Brewery so popular is the variety of brewing methods they use. They were the first company in Asia to make mixed live fermentation beer, as well as the first company in Hong Kong to produce barrel-aged beer. Due to limited supply, barrel-aged beer such as the Hak Mo Sheung series (Imperial Stout) and Days of Being Wild series (Mixed Fermentation) are only available on tap in Goon Goon in Greater China. There are other special beers to look out for: Rye on Wood is a rye ale that has been infused with a touch of oak column to create a spicy reminiscence of whiskey. Alternatively, Cha Chaan Teng Gose is a salted lime sour beer created as a tribute to the popular drink in Hong Kong, and is great for drinking outside in the hot summer sun. Today, besides Hong Kong and Mainland China, Young Master’s beers can be found in Singapore, Thailand and Melbourne.

The key to success in any industry is as much who you know as what you know, and Goon Goon makes sure the friends of Young Master Brewery have a place alongside their core range of House Taps. Craft beer from breweries such as Taihu from Taipei, Stone from the USA and Wild West from Chengdu is available as long as it lasts, as well as seasonal beers, limited editions and collaborations. If there is too much to choose from, the 90RMB taster is always an option to sample all six of the core range beers.

To complete the real Hong Kong experience, Goon Goon offers a wide selection of Hong Kong-touched Western cuisine as well as a friendly brand new lunch menu and a range of Western-style food with local influence. Fresh mussels are sourced locally and cooked with shallots, garlic, chili and their signature Cha Chaan Teng Gose beer, giving the flavour of the ale without overwhelming the other tastes. Vegetable tempura, salad topped with 65° poached egg, chicken thigh burger, pasta with pork neck and penne bolognaise are a few of the other meals available, or for something a little lighter choose one of the homemade pickles or marinated snacks.

Even if beer is not your drink of choice, there is a whole range of non-alcoholic drinks and spirits available. Passion fruit orange jasmine tea, orange mojito or black tea soda with lemon are a few of the mocktails on offer. However, with such a great variety to choose from you may change your mind and find your own favourite craft beer instead.

In the short time that Young Master Brewery has been in Shenzhen, it has already become involved in beer festivals in Shenzhen, such as Shenzhen Craft Beer Festival and Crafty Events Beer Fest, as well as fundraising events for local charities. “Young Master” evokes memories of Hong Kong’s industrial past. Drawing parallels with the coming of age tale of a “工廠少爺” or a playful “young master” of a factory, the name embodies both a playful spirit and a strong work ethic. Our brewing endeavours seek to re-imagine the spirit of “Made in Hong Kong” with a contemporary and creative take on manufacturing. Follow both Young Master and Goon Goon for further events and fun activities, and embrace your playful spirits. 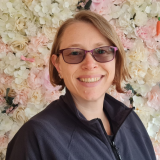 Rae is from the UK originally and has lived in Shenzhen since 2011.