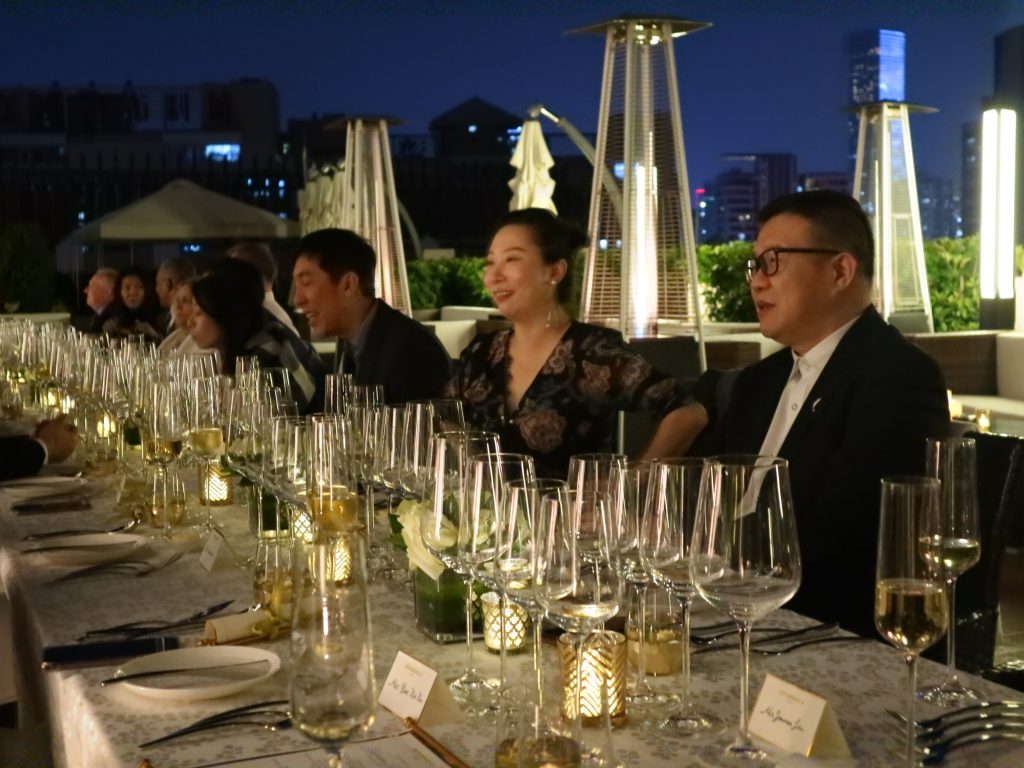 The Chef Dinner featuring six hands aimed to showcase the three chefs’ culinary skills and creativity to offer a bespoke menu of six-course degustation which introduced French produce and recipes that used to be consumed by French Royalty during the monarchy era. The ‘French Royal’ themed alfresco event took place on the ClubHouse restaurant’s terrace with views over Nanshan. From gold foiled invitations to lavish table dress up and menus being rolled into royal announcement style, no detail was spared. At the terrace, diners can experience a chic and casual environment where they can socialize and appreciate the spectacular night view of South China’s buzzing metropolis, Shenzhen, making it the preferred venue for such events. 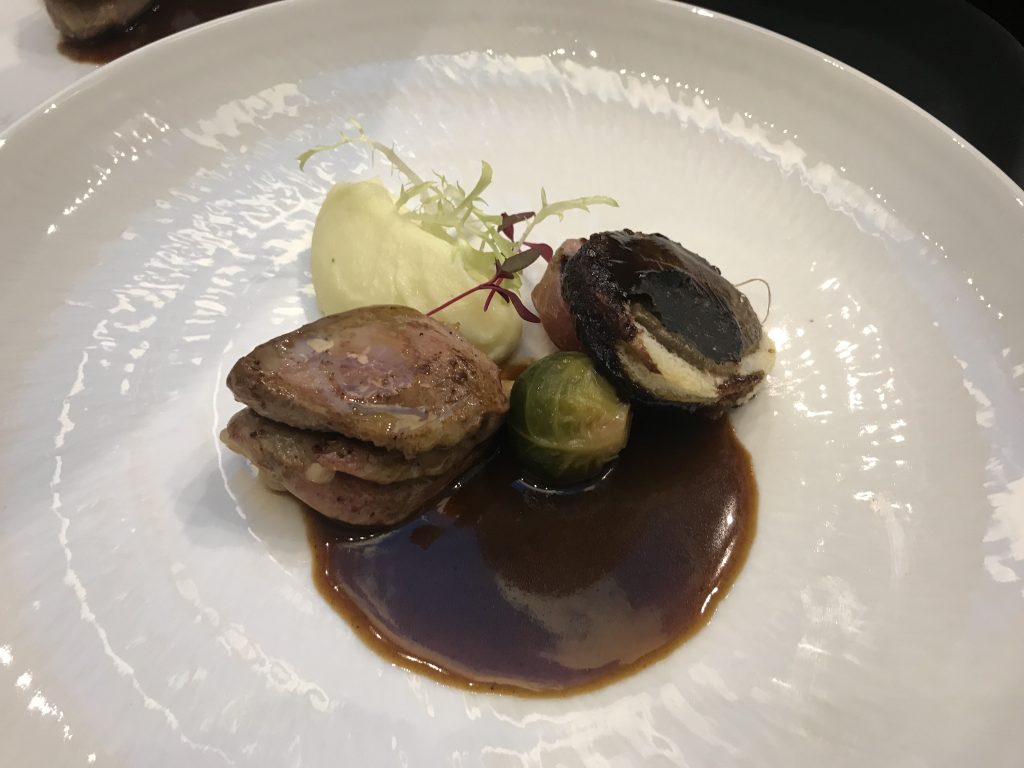 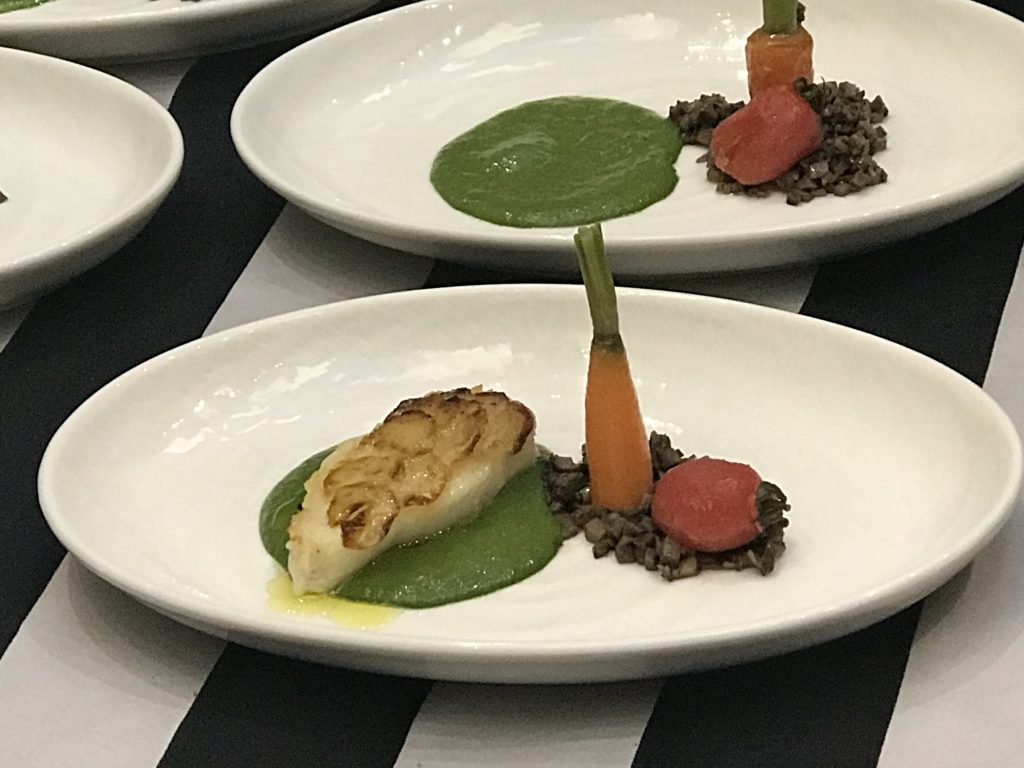 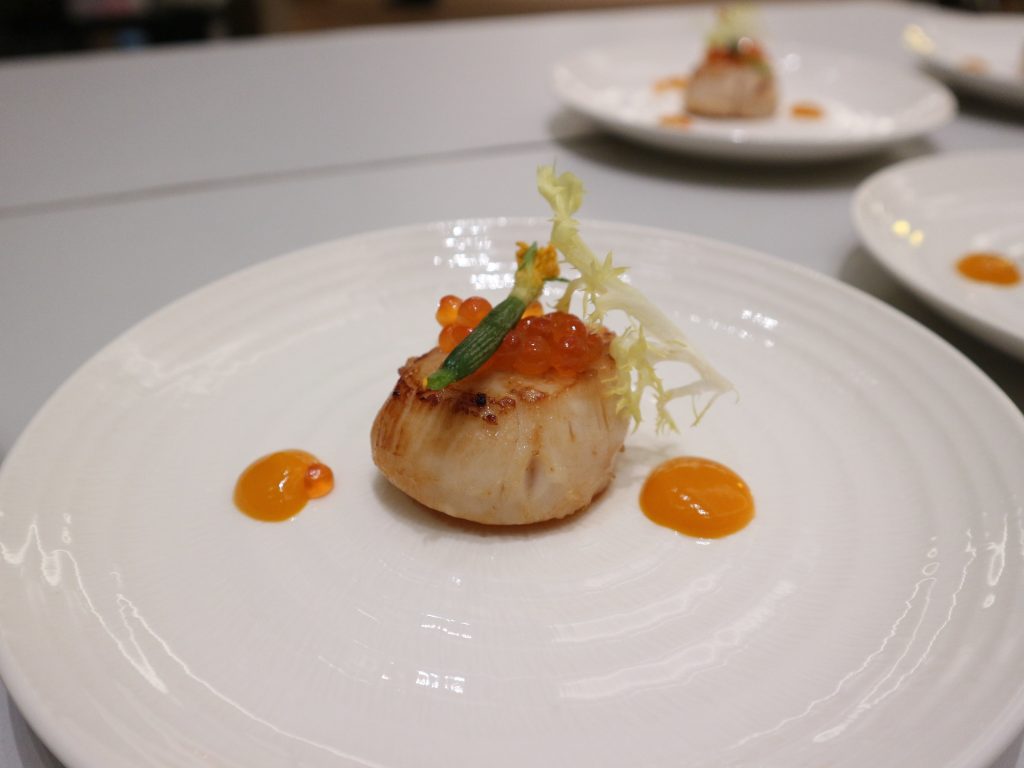 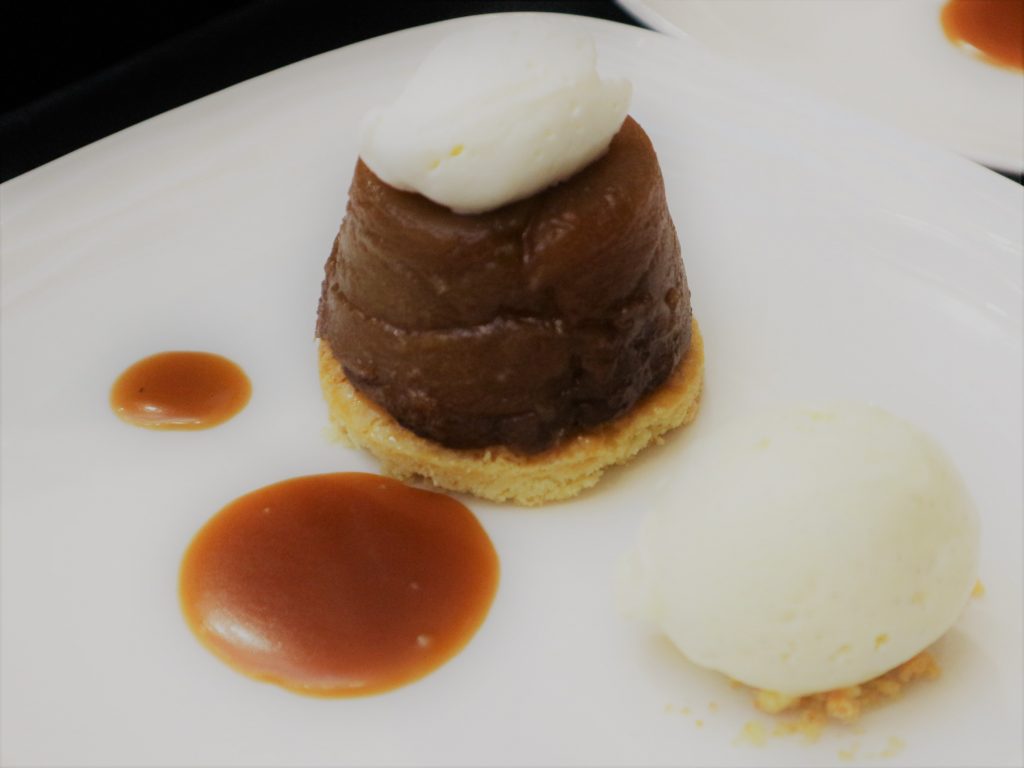 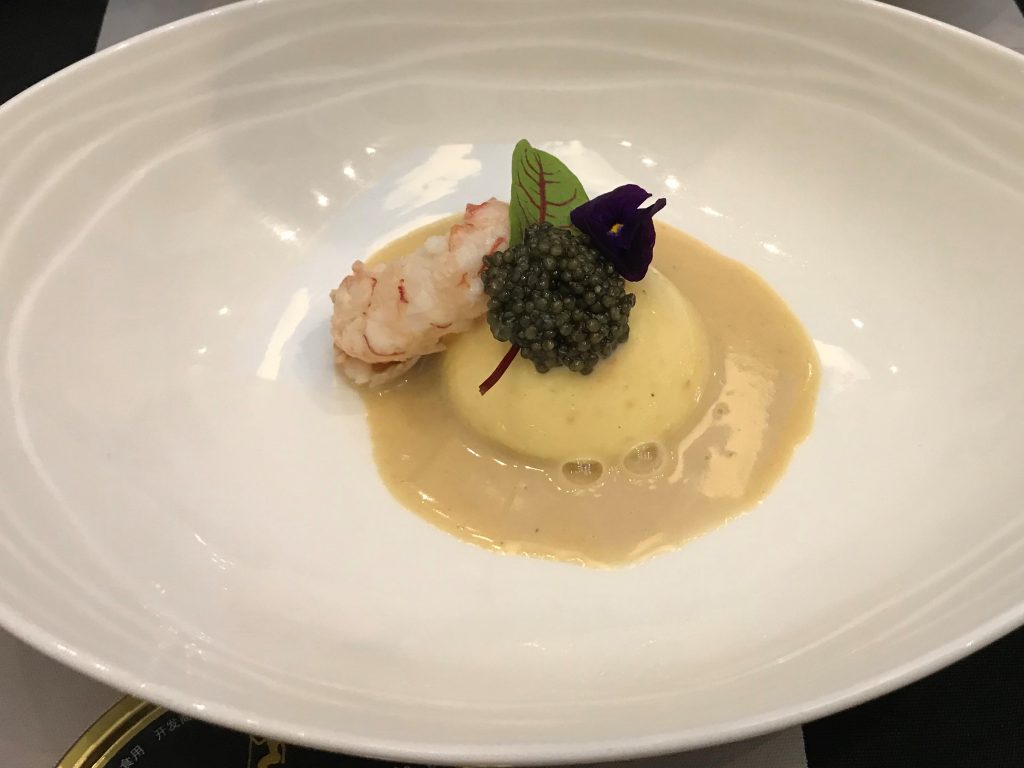 Frenchman Sylvain has worked in several Michelin star restaurants in France before entering the hospitality industry in 1993. A creative and passionate culinary maestro, Sylvain gained two Michelin stars during his career in gastronomy and has helmed the kitchen of award-winning restaurants including Scarlett in Hong Kong, Bangkok, and sister restaurant Ginett in Singapore. His trips around the world have gained him a wealth of experience across Europe, the Middle East, Asia and the US. He believes in Farm to Table concept where the use of the right and fresh products is key hence a preference for organic and locally grown products.

French native Hervé is a culinary innovator, cookbook writer and a passionate industry leader. He is one of Thailand’s most revered chefs and the President of the Disciples Escoffier Thailand Delegation, an organization dedicated to the gastronomic art. Hervé is currently leading the kitchen team of Ginett Wine Bar & restaurant in Singapore. Danny is the Executive Chef of Residence G Shenzhen. He has worked for over 18 years in many high-end luxury hotels and is an expert in making delicious seafood with fresh seasonal ingredients like fresh herbs and olive oil.

With beliefs in camaraderie and collaboration amongst industry professionals, Hervé and Danny joined Sylvain for the six-hand dinner. The concept of six-hand chef dinner, in which a chef invites another two chefs to create a menu together, has lately gained popularity. It offers the opportunity to learn from and interact with other outstanding chefs from around the world. The collaboration encourages innovation and teaches the chefs to embrace new ideas.

The three chefs’ rendition of six French traditional courses offered diners an authentic taste of France with fresh and seasonal ingredients. Commencing with the appetizer Amuse Bouche, the dinner tantalized diners’ taste buds with Organic Egg with Black Winter Truffle, Langoustine Tart Soufflé, Stripped Cod Fillet with Potato Crust and Roasted Anjou Pigeon. They ended with the French dessert, Caramelized Apple Tatin. A special selection of wines was designed and paired with the dishes throughout the night. A definite resounding success for diners and organizers alike. 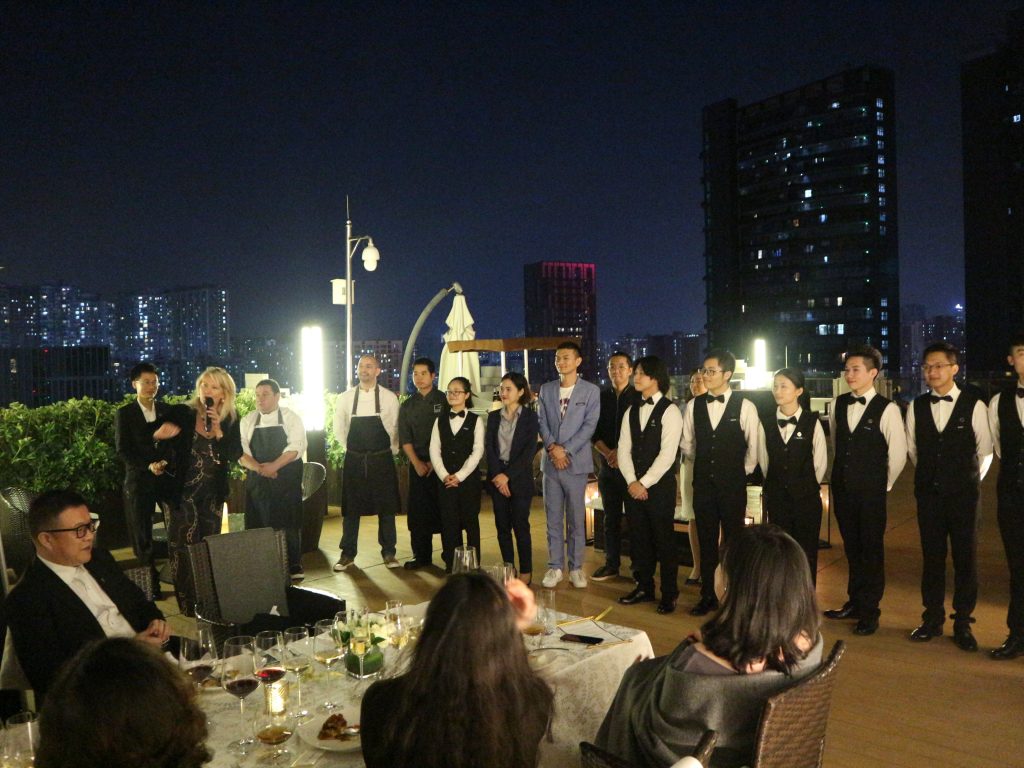 Residence G Shenzhen is managed by GCP Hospitality and is located at
4078 Dongbin Road, Shenzhen, China: 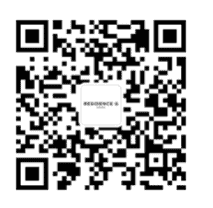