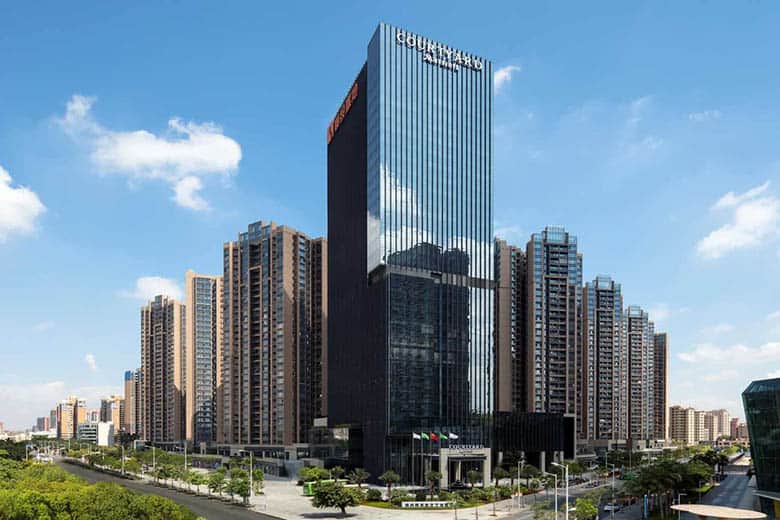 When you think of the international and modern hotels in Shenzhen, you probably picture those by the water in Shekou, in the bustling center of Futian, or perhaps near the border in Luohu. Yet the recently opened Courtyard Marriott I am visiting today is in none of those places. It is in the Songgang area in north Bao’an.

Although you would be forgiven for thinking otherwise as you enter the hotel lobby. The design of the lobby is modern and chic, from the subtle and sparse application of color to the clever and minimalist use of space. All the staff greet you with a smile and welcome you confidently in English.

I must admit I am both impressed and somewhat surprised to find such a high level of hospitality in this area of the city. When I meet and speak with Ms. Nicole Hong, the hotel’s General Manager, it’s clear to see why. 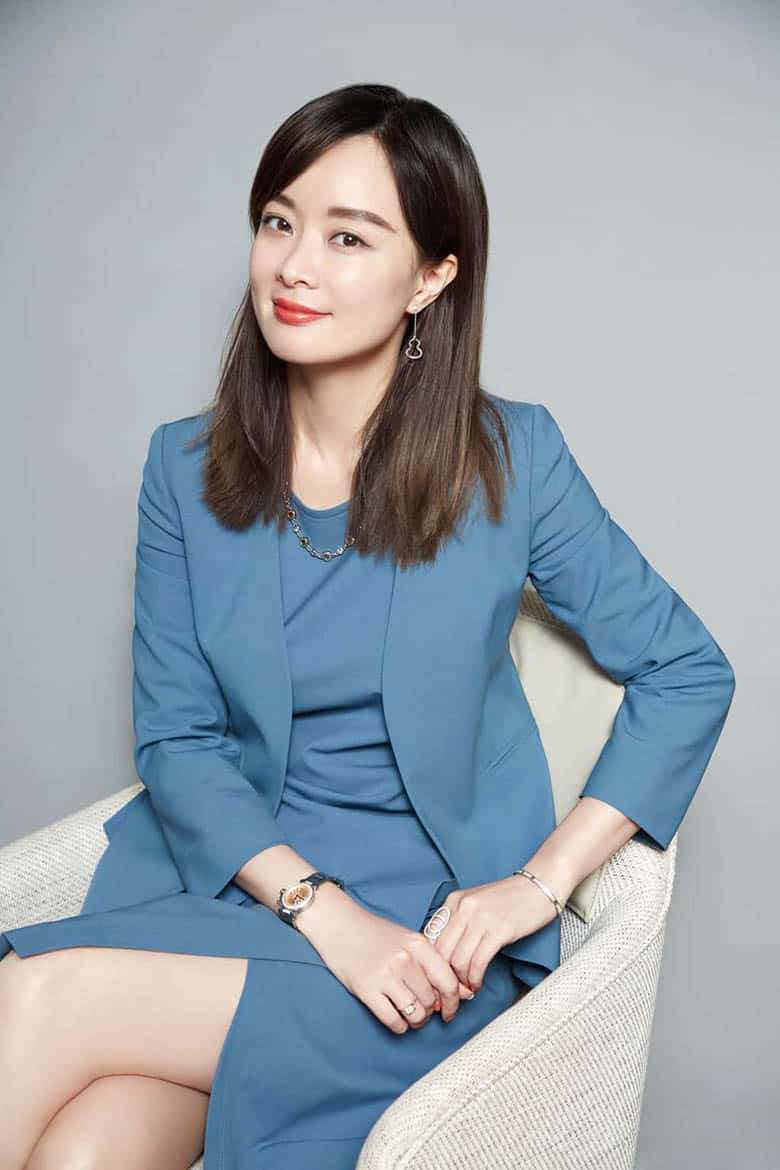 We are sat in The Lounge, an area next to the hotel lobby that is perfect for afternoon meetings as much as it is for a couple of whiskeys to help unwind after a day of work.

Ms. Hong is not your typical GM. Some might picture a man in his late fifties when they imagine a general manager of a hotel, but Ms. Hong breaks that stereotype. She is the very definition of a modern manager; young and fashionablewhile also able to switch between English and Chinese with confidence and ease. 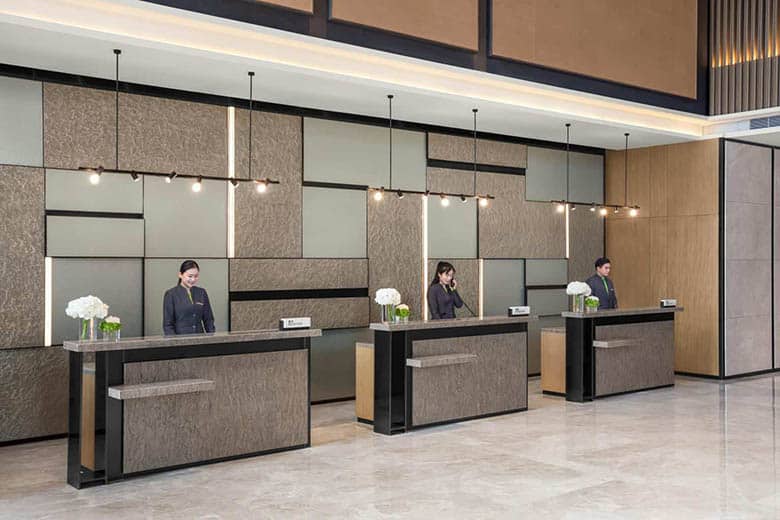 “In the past, the area of Songgang primarily consisted of factories. It was an area that was defined by its manufacturing. While the local manufacturing industry was very successful, the rest of the area was slow to develop in other ways.”

“Until now, there was no international hotel in this area. Of course, there are other hotels, but the style is quite different. The design is quite decadent. The cuisine is rather limited. There isn’t such a strong focus on hospitality.”

In recent years, however, the landscape of this area has begun to change. Where before there were only factories, now new projects are emerging. As Ms. Hong speaks, it’s evident she has a strong grasp on the subject.

“There is a trend developing in the west of Shenzhen. Line 11 has seen the subway line extend much further north than ever seen before. Close by, in Fuyong they will open the world’s largest exhibition center in September 2019.” 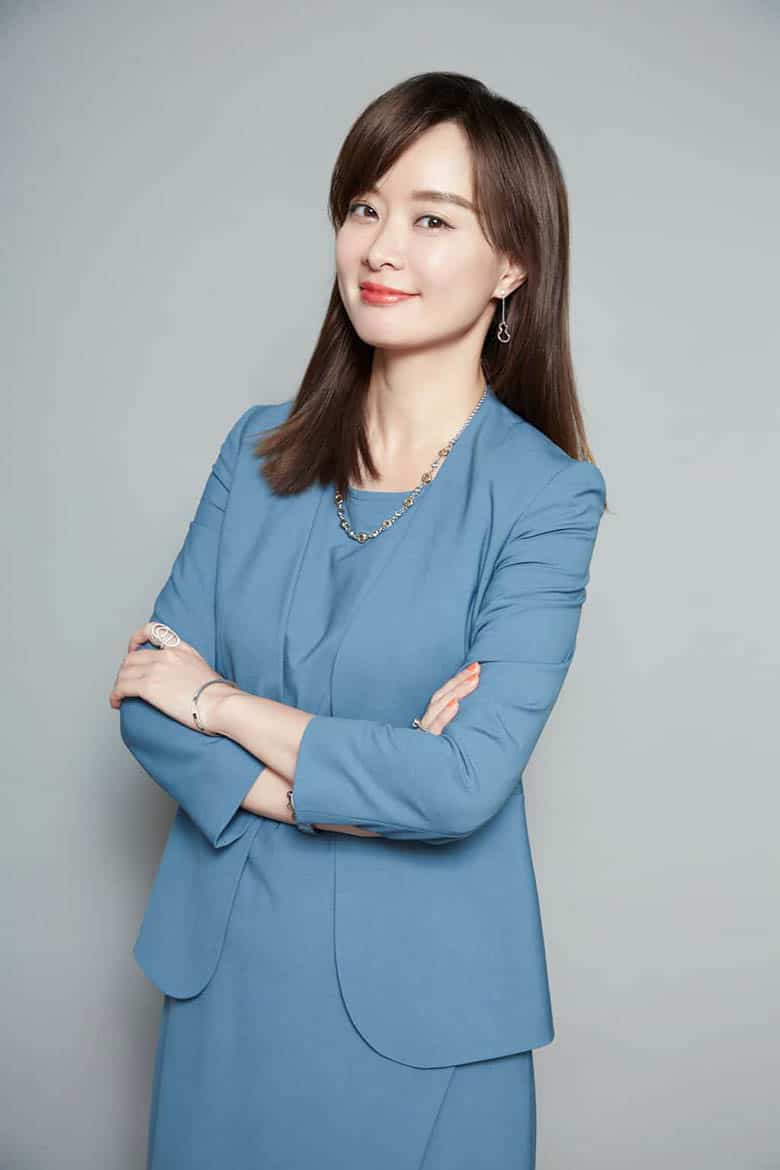 “In this area alone you can see the change all around you. Across the street is Phase 1. The shopping mall was opened in 2016 and it attracts many local residents for shopping and dining. This hotel is under Phase 2. Nearby, Phase 3 is already under construction, which will provide a significant number of new luxury apartments.”

“As you can see, the design of the hotel is modern, chic, but also simple. It’s not only in design that we distinguish ourselves. We are also completely different from other local hotels when it comes to service. Here, we place a special emphasis on the customers’ requirements and satisfaction.”

It’s something that you can see as you begin to explore the hotel. It’s clear to see that Ms. Hong understands the importance of getting the details right to create an overall superior experience. 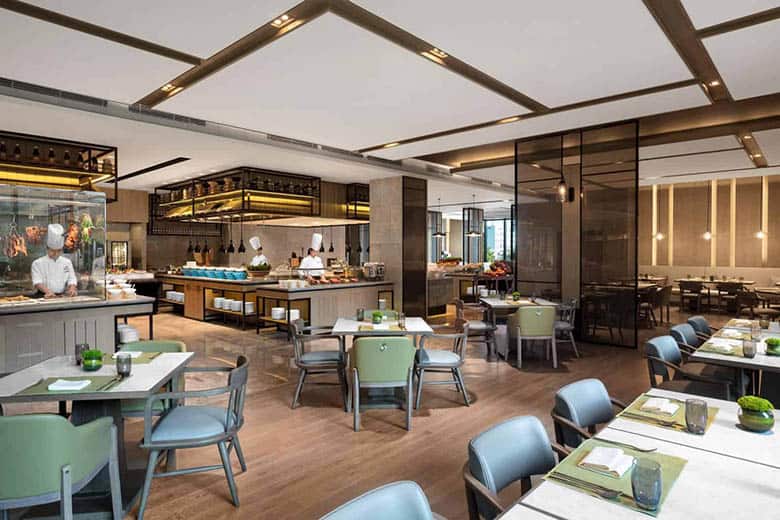 “We have the Pavilion restaurant where we serve both Western and Chinese cuisine. In the morning, an international breakfast buffet is offered. At lunch, we offer Chinese Dim Sum. In the evening, we have a Western buffet.  Before we opened, there was no real Western restaurant in this area.”

“At the moment, we are in The Lounge. We offer Afternoon Tea during the day and in the night we have a Western band performing live each night of the week.”

It’s clear that the Courtyard Marriott offers a hospitality experience that until now was simply unavailable in this area. Its opening is to the benefit to both business travelers and local residents. 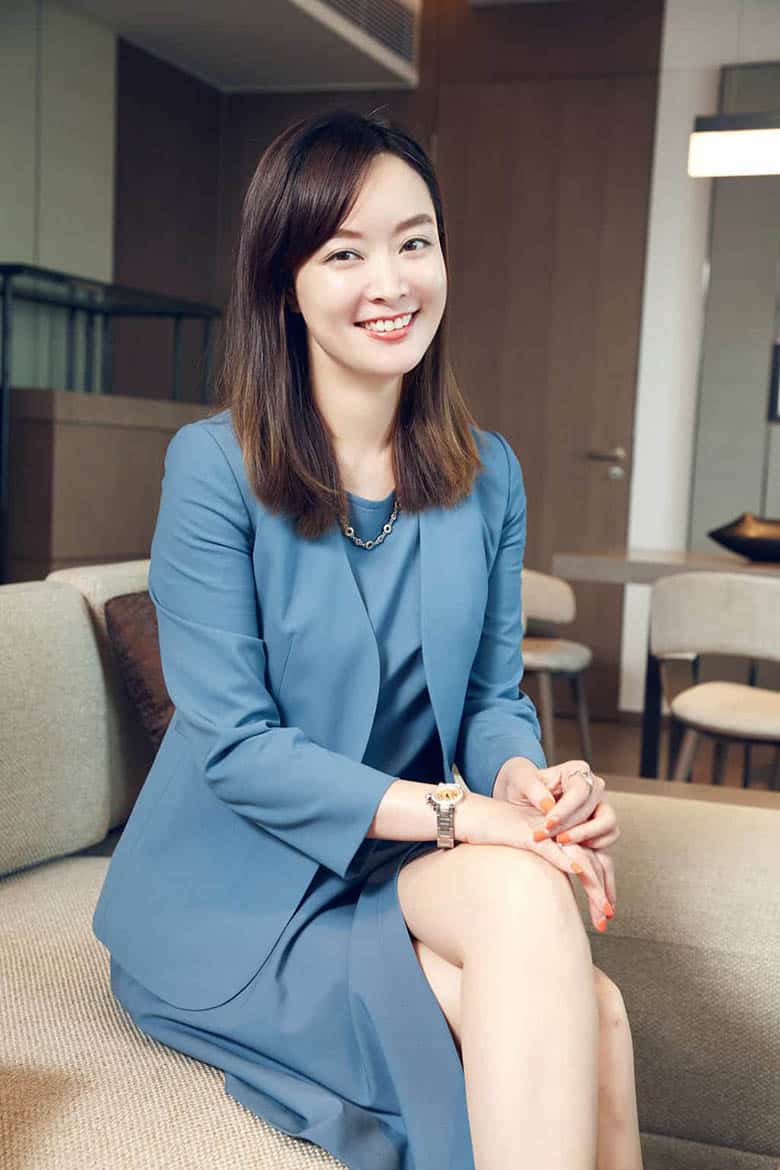 “There are a lot of foreigners visiting that are working with local factories. Before we open, they would have to stay in a hotel all the way in downtown and travel in and out every day. Now they can stay here and have the same standard of hospitality without the long journey twice every day.”

“It’s also important to work with the local community. Of course, we built a good relationship with the government and other local business, but we also want to communicate with the local residents and see what we can do with them.”

“The Dim Sum at The Pavilion helps to attract a lot of locals. There is also the kids’ club next to the restaurant. Most of our diners are locals and so they also bring their families. So we have that space for the kids to play while the parents enjoy their meal.” 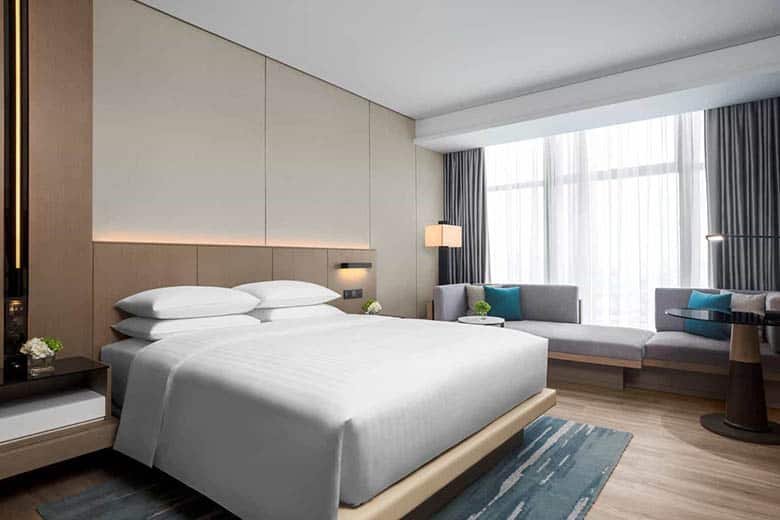 This approach of building a strong relationship with the local community is one that Ms. Hong is familiar with and Shenzhen represents just the latest step in a career that has seen her work in hotels across all of China.

“I started to work with Marriott in 2007 at the JW Chongqing. After that, I moved to Beijing and Chengdu. All the big cities. Before I came here I was Director of Operations in aCourtyard hotel in an area nearby Hangzhou.”

“In some ways, it was similar to here. It was not a big city and business was conducted more between local people and through talking with each other. So, we focused on getting to know the local community and we worked together to build a relationship and share our resources.”

Ms. Hong has a lot of experience in the industry and a deep understanding of the industry trends within China. She sees Shenzhen as somewhere where the hospitality industry will continue to grow.

“Right now, the market demand in Shenzhen is good. We are seeing the overall GDP increase. In fact, the entire market is increasing. There is a lot of room for growth for international brands in Shenzhen.” 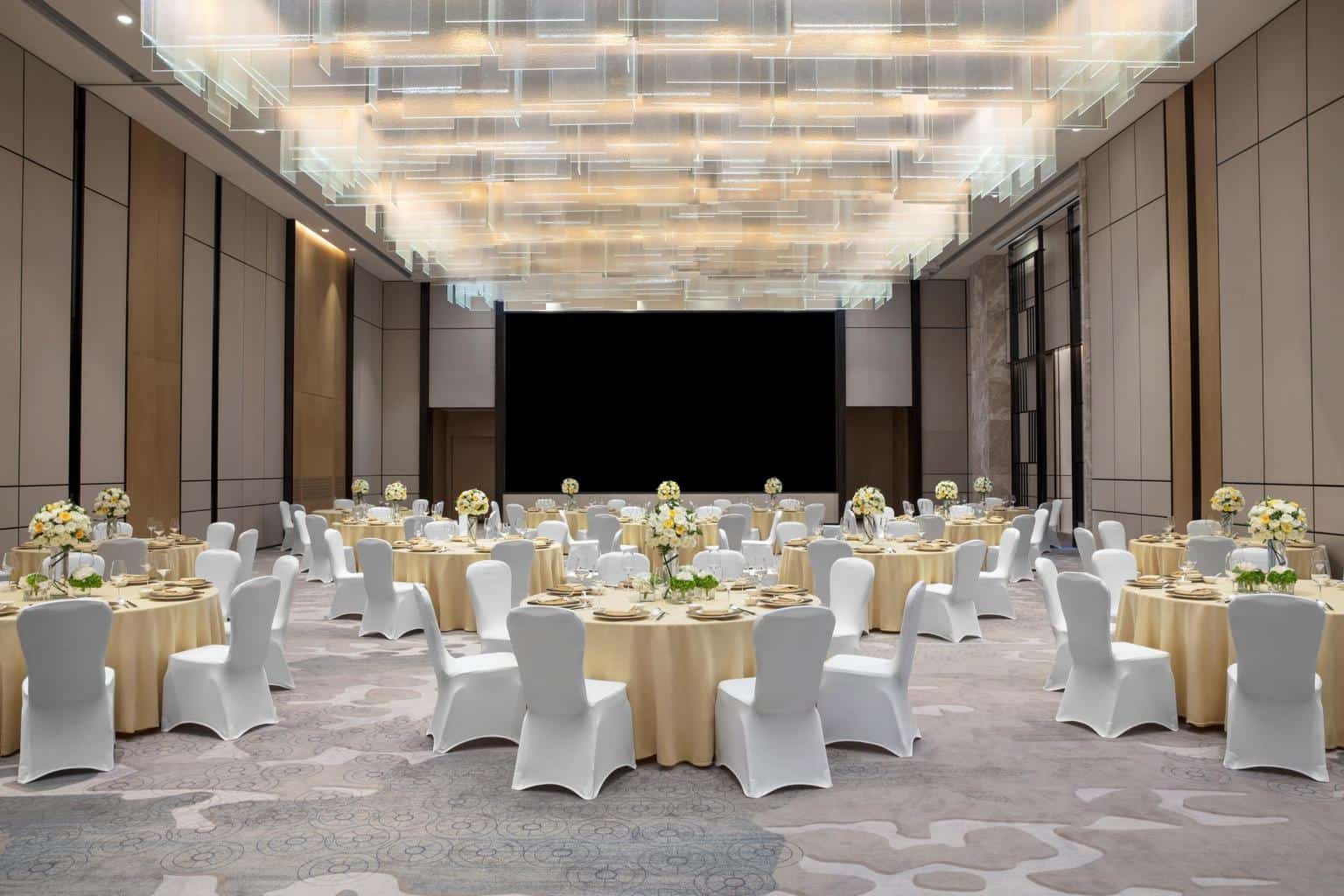 “It’s something that is happening not only in Shenzhen but all over China. Actually, this year Marriott will open almost 50 hotels. 80% of those will be in South China. Before, Marriott only went into the first tier cities, but in recent years we are even coming into third-tier cities.”

Ms. Hong views the rapid expansion as an opportunity for new leaders to emerge bringing with them a fresh approach and an openness to new ideas.

“In Marriott, we have so many young general managers. When I first joined the group, all the directors were over 50. With the rapid growth in China, there have been more opportunities. Now you can see many directors are between 30 and 40.”

Ms. Hong falls into this category of young and forward-thinking leaders. With her at the helm, Courtyard Marriott is sure to establish itself as the premier hotel in Songgang as the area develops into a new hub of Shenzhen.