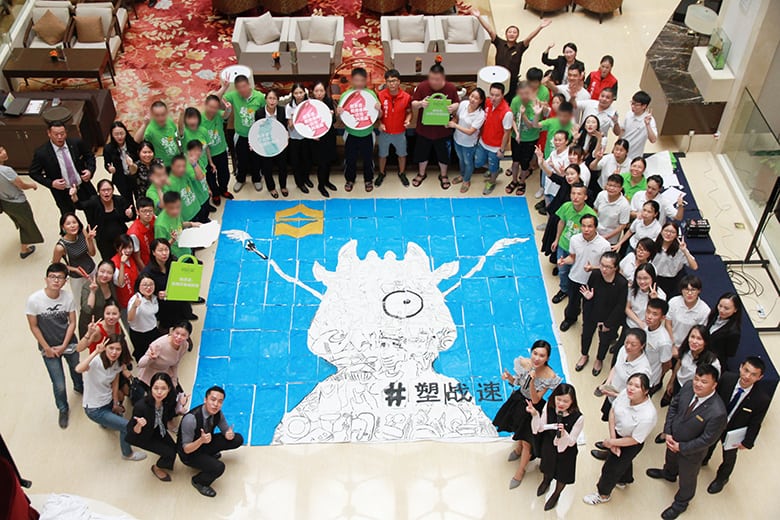 Shangri-La Hotel, Shenzhen launched this year’s “Plastic Bag Free Day” campaign under the theme “Beat Plastic Pollution”. The hotel encouraged people to take a critical look at themselves in relation to single-use plastic, and make real efforts to break their dependency on disposable plastic.

On the day, the hotel invited Ms. Lu Sha, a famous local sand-painting artist to work with special kids form Yuan Ping and Ren Ai special education schools, as well as the hotel guests, to paint on the reusable shopping bags in the lobby.  A total of 120 shopping bags were used, which spread 16 square metres. Guests and kids involved in the painting campaign received a complimented shopping bag each. By doing this, the hotel hopes to focus on fundamentally changing people’s attitude and behaviour about plastics and creating a catalyst for a significant reduction in plastic pollution. 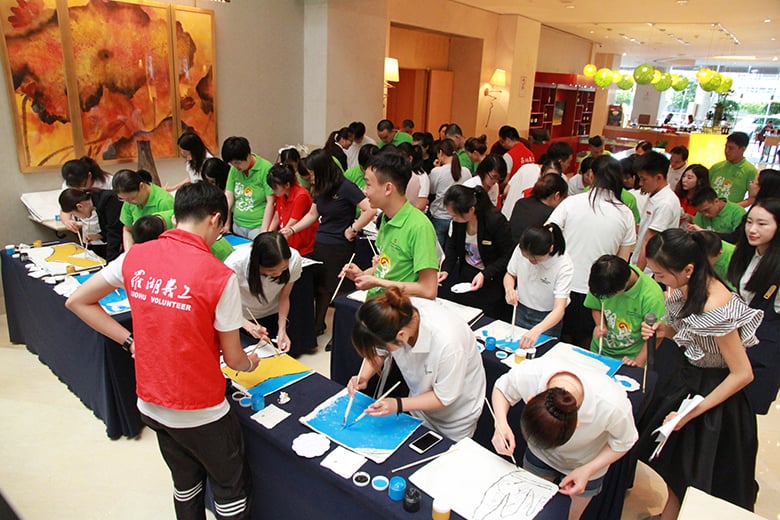 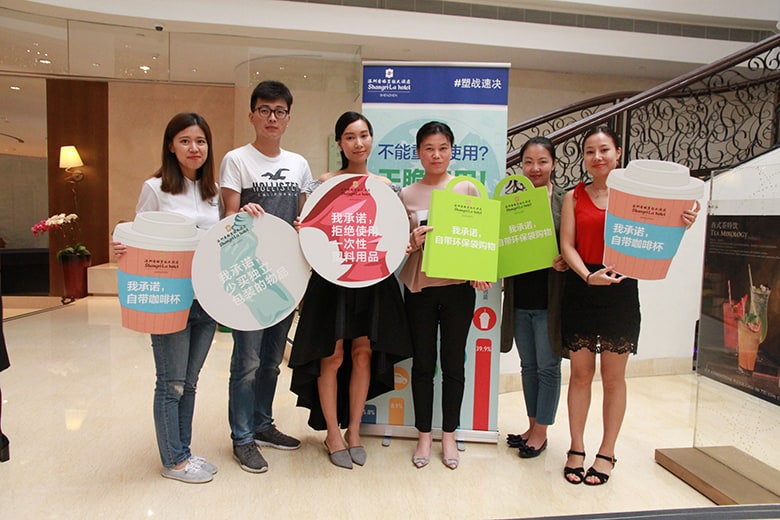 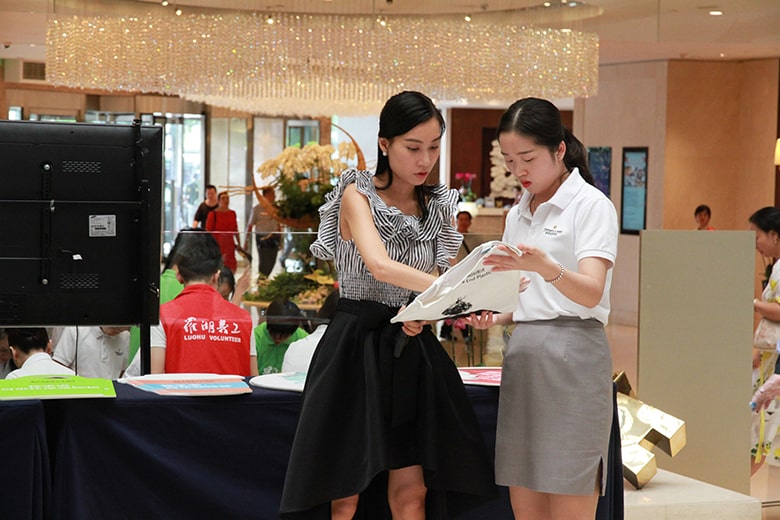 In addition, the hotel worked with local community volunteers to build up a pop-up booth at Luohu train station which advocated the decreased use of plastic packages. Citizens could also get a complimentary shopping bag by sharing their attitude and actions with their friends through social media channels.  In the meantime, the hotel staff dormitory became a battle around the area were encouraged to control and diminish plastic pollution to reduce, reuse, reuse, recycle and remove plastics. 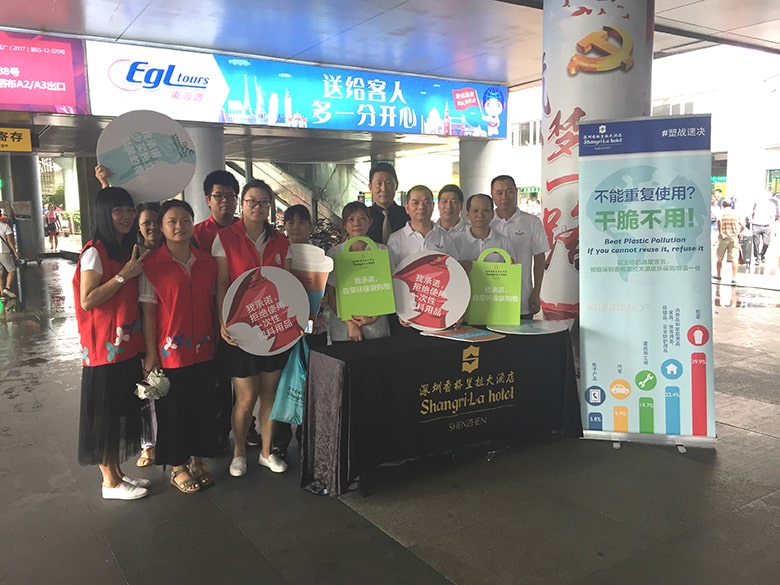 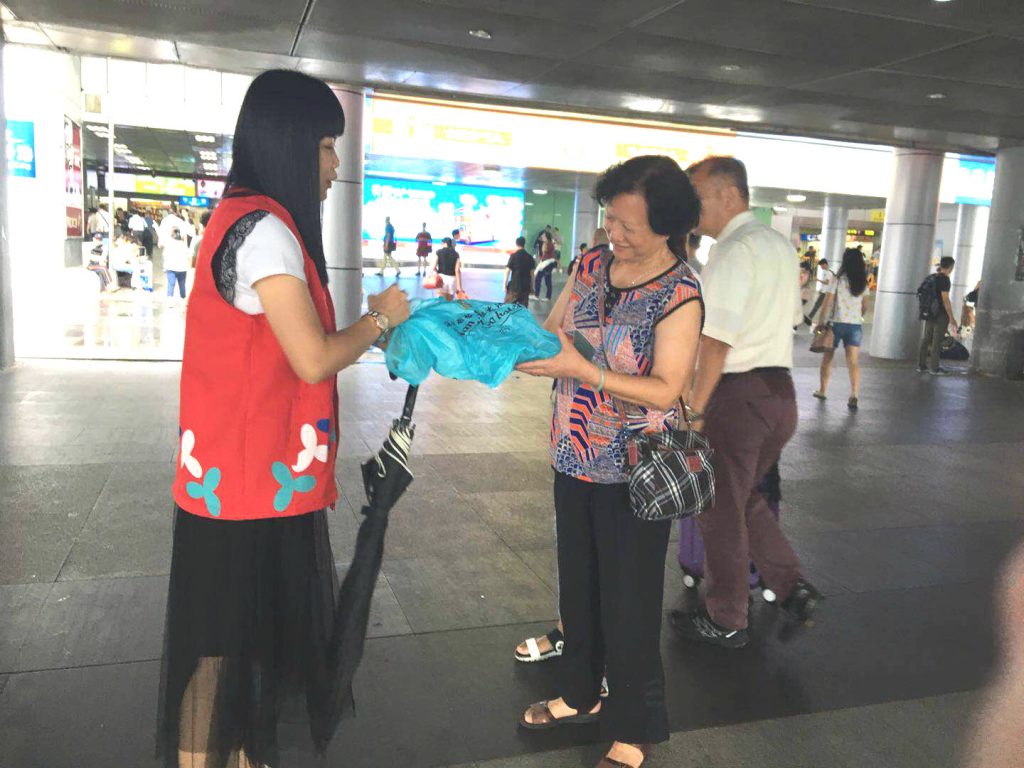 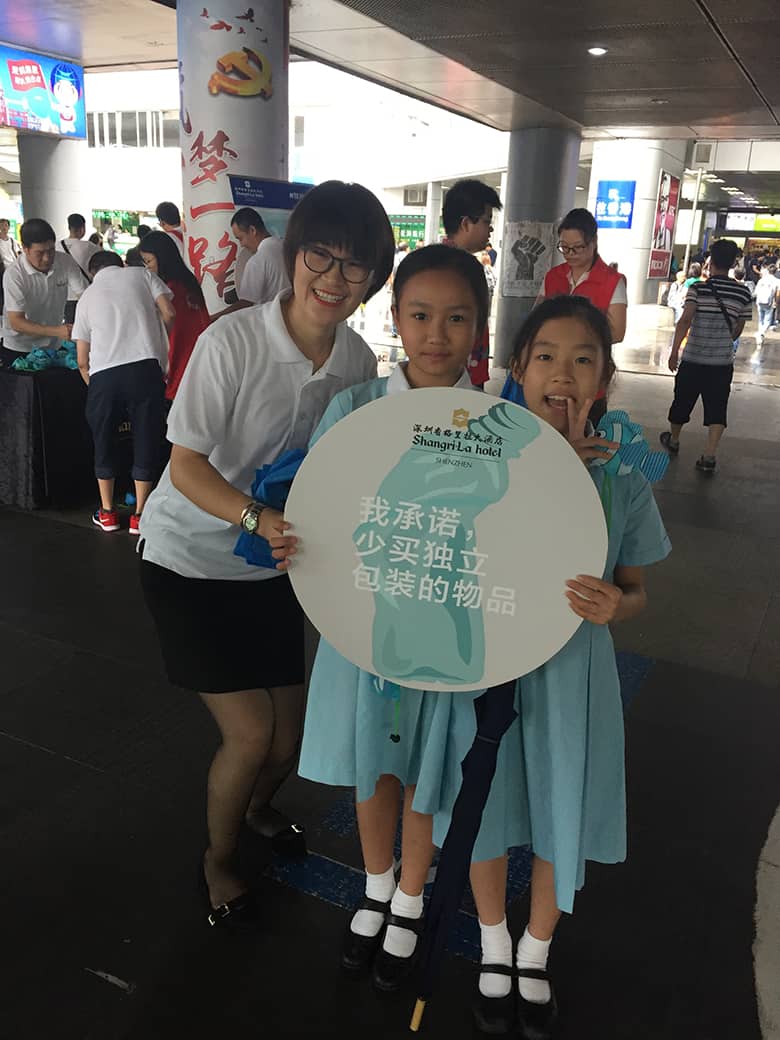 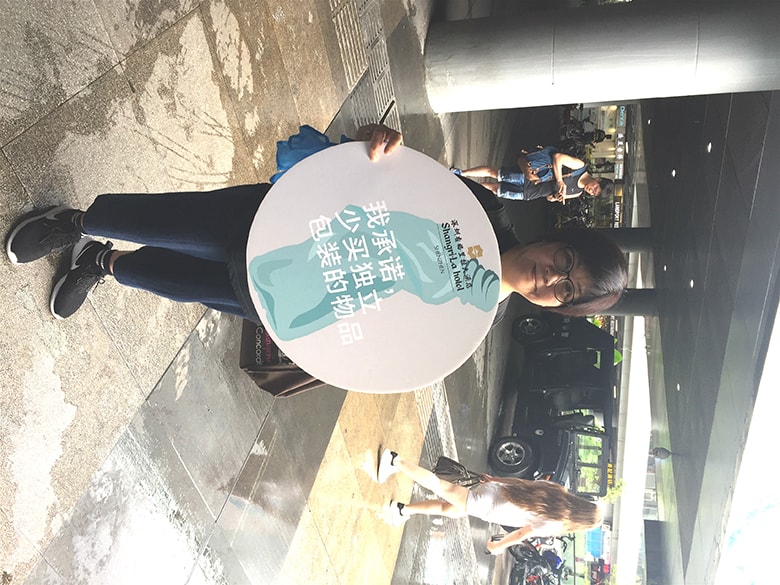 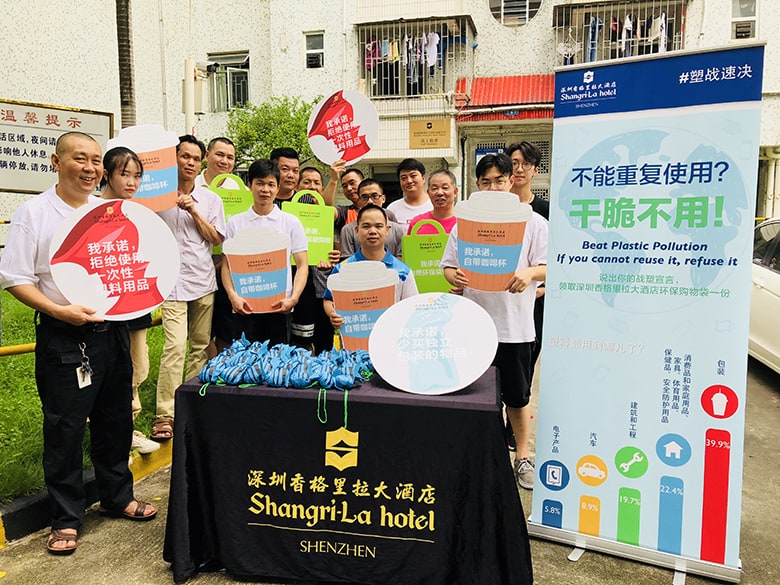