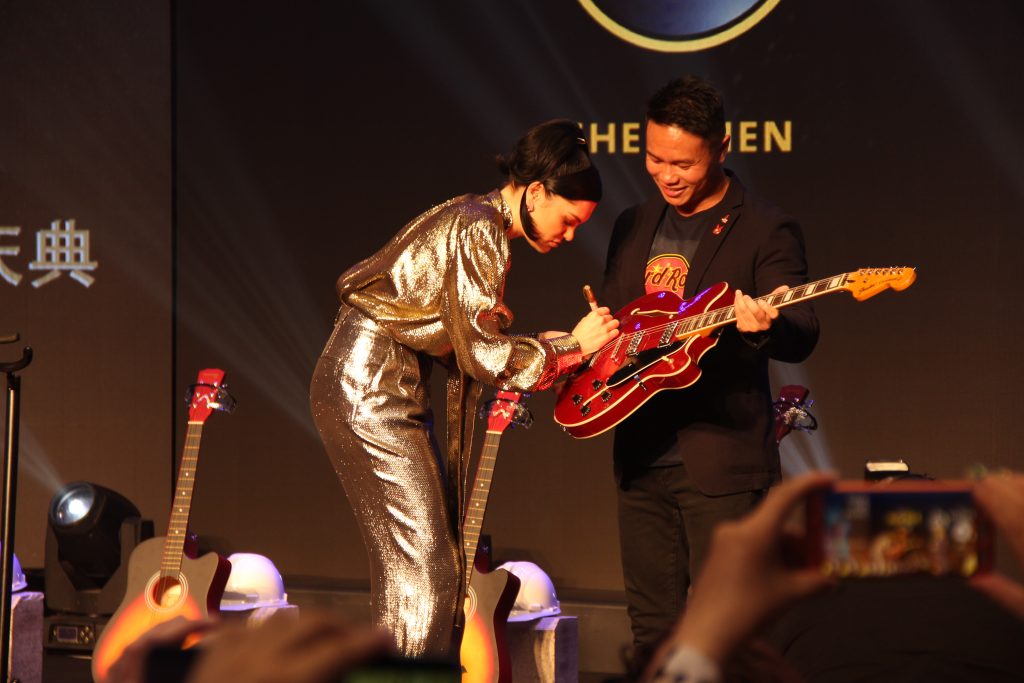 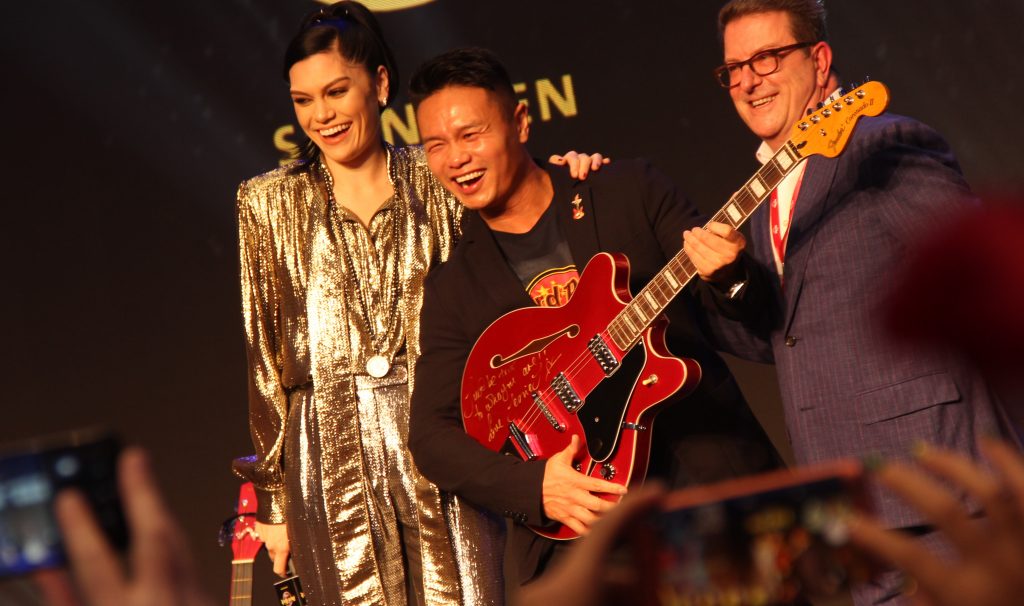 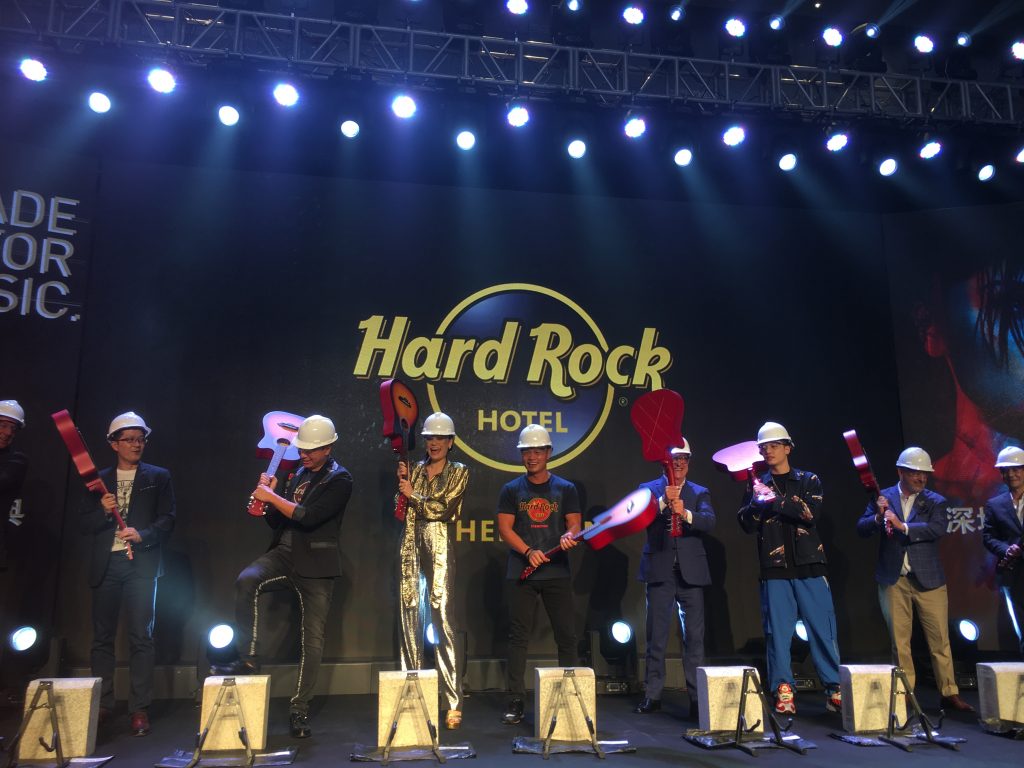 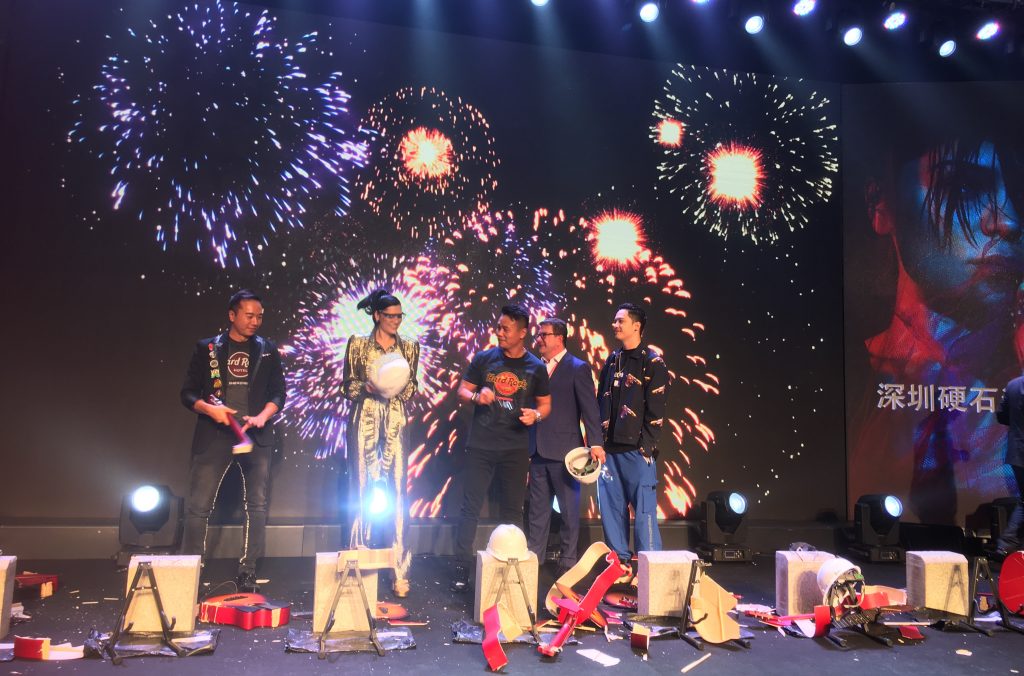 Hard Rock International (HRI) is announced to be the title sponsor of the Jessie J Shenzhen Concert tonight on September 12, 2018, held at the Shenzhen Bay Sports Center starting at 20:30. Hard Rock Hotel Shenzhen team have been very excited to serve her as the host hotel for Jessie J and her team during their time in the city. In the afternoon, the 1 year anniversary started with a fabulous Red Carpet walk among Jessie and VIPs from hotel group, followered by a VIP and Fan Meet & Greet, memorabilia dedication by the artist and the famous Hard Rock Guitar Smash to celebrate the 1st Anniversary of Hard Rock Hotel Shenzhen and Hard Rock Hotels continued expansion in China. Future Hard Rock Hotel openings in China will include Haikou and Dalian in 2019-2020. Dr. Ken Chu, chairman of Mission Hills and Vice Chairman Mr. Tenniel Chu were also invited to the ceremony and witnessed our moment with all attractions from media and fans.

“Hard Rock is excited to bring a different music experience to China as part of our one year celebration of Hard Rock Hotel Shenzhen,” said Dale Hipsh, senior vice president of Hard Rock Hotels. “As a brand, we strive to offer our guests experiences that rock, and this VIP event is one example of how we are doing just that.”

This “Made for Music” theme for the event is inspired by Hard Rock Hotel’s Brand DNA, celebrating all genres of music from British Pop Rock to local Chinese R&B. Another guest performer is J. Sheon – a rising star under the Sony Music Label presented to our guests with his well-known songs “You’ll Never Know” and “Tiancai” after the Hard Rock Guitar Smash, fulfilled all the guests with unforgettable music experience during the whole event. 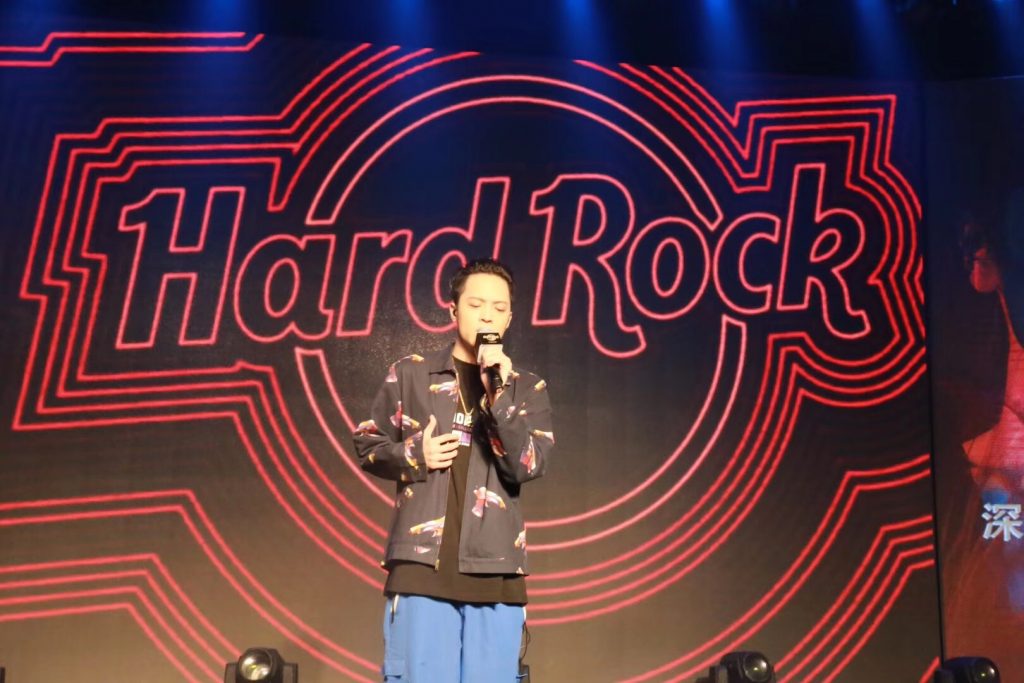 For more information or to book a stay, please visit hardrockhotelshenzhen.com

It’s been eight years since Jessie J burst onto the scene with smash hits ‘Do It Like a Dude’ and ‘Price Tag,’’, the latter topping the charts in 19 countries worldwide. She’s since gone on to perform at some of the biggest venues and festivals across the globe, collecting an enormous array of awards and collaborating with the likes of Ariana Grande and Nicki Minaj in the process.

Earlier this year, Jessie won the hearts of Chinese fans across the country and sparked an explosion of headlines around the globe as she became the first European artist to triumph on Singer, one of China’s biggest music contests. Having never finished outside the top three over the course of the TV show, Jessie scooped the title after wowing audiences with her pitch-perfect delivery and down-to-earth personality – both of which she’ll now be bringing to the live stage in China. The announcement of Jessie J’s concert in Mainland China comes hot on the heels of the release of her fourth studio album, entitled R.O.S.E., which came with an epic four-part rollout: R.O.S.E. (Realisations) came out May 22, R.O.S.E (Obsessions) on May 23, R.O.S.E. (Sex) May 24, and R.O.S.E. (Empowerment) on May 25.