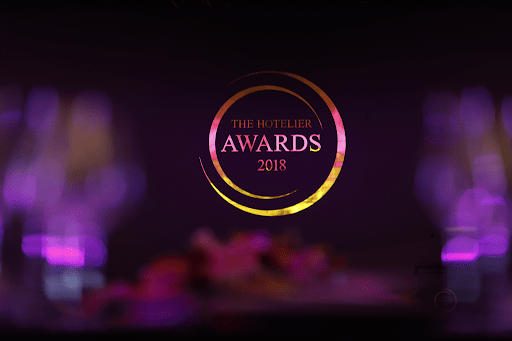 Auric Li, Owner Representative at Hilton Shenzhen Shekou Nanhai seals Owner Representative Hotelier of the Year 2018. The fifth annual Hotelier Awards culminated in a glittering ceremony on the 30th October 2018, to celebrate the dedicated individuals and their professional excellence across the hospitality sector in Greater China. 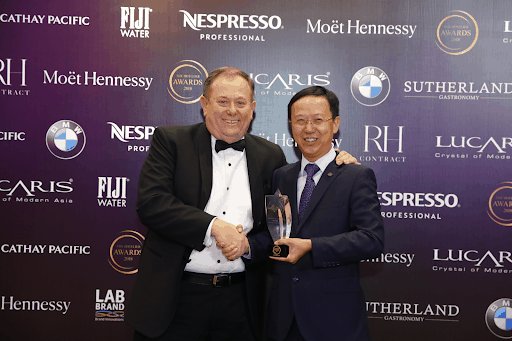 With more than 300 hoteliers and industry professionals in attendance, a total number of 20 awards were announced during a gala dinner at the St. Regis Jing’An in Shanghai. The ceremony marked the first return to Shanghai since its debut event in 2014. The evening was as dazzling as one could expect from the exquisitely styled St. Regis Jing’An, featuring a formal presentation of the awards, a fine dining experience curated by Head Chef Ryan Liu and an evening of live entertainment. 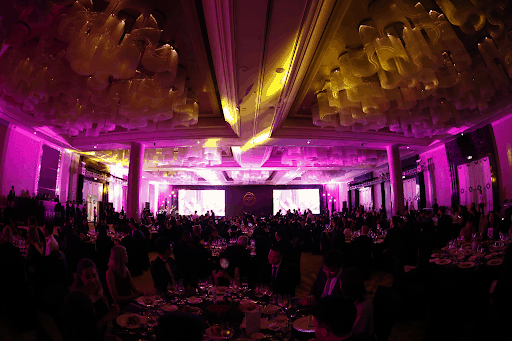 Although she was not present, University student Maria Trishina was presented with the Rising Star Award this year, which celebrates and supports the next generation of hoteliers. By partnering with the top universities in Asia offering a degree in Hotel Management, students were given the opportunity to submit their entry for the competition. As a winner for 2018, Maria now has the chance to undertake an internship of her choice in one of the top five-star hotels worldwide. As additional recognition, this year The Hotelier Awards was pleased to partner with Ecole hôtelière de Lausanne (EHL), the premier institution for Swiss hospitality who presented a selection of prestigious rewards to the winners, ranging from advanced certificates, to online MBA programs with a value of up to 120,000RMB.

An exciting change for the platform was announced during the evening, unveiling the evolution of its new brand name and identity the Stelliers. As of next year, hoteliers will enter the competition for a chance to win a ‘Stellier Award’, which sparked excitement and buzz amongst those present. The newly launched brand builds upon its history of recognition and dedication to hoteliers and the hospitality industry, but also opens doors to the future. The name derives from the Latin word Stella Polaris, which is the brightest star in its constellation and is often referred to as the pointer of the sky, representing the leading stars of the hospitality industry.

Co-Founder, Benoit Thebaut shared a passionate statement about the new brand “To all of you sitting in the room tonight, you are a star and the ‘Stelliers’ is your recognition.”

The awards have grown in prominence and scope over the years, both in the number of applications received and also in the level of support from the industry, so much so that the platform is expanding once again. Continuing its mission to seek out the leading lights of the hospitality sector, the platform will expand into the South Asia region for the 2019 competition, welcoming applicants from Bangladesh, Bhutan, Maldives, Nepal, India, Pakistan and Sri Lanka. Heading into the sixth edition, The Hotelier Awards will be present in a total of 23 countries, combining 3 competitions and 2 Grand Awards Ceremonies.

About The Hotelier Awards

The Hotelier Awards is the only accolade in Asia honouring and providing true recognition to the dedicated professionals of the hotel industry. The mission is not only to shine a light on the most talented hoteliers, but to also inspire the younger generations to pursue a career in hospitality. The awards pride itself on being 100% free for hoteliers to enter, insuring the legitimacy and transparency of the judging process. By acknowledging the individuals that put their heart and soul into their properties, the awards platform sparks a deep personal connection with the nominees. The bi-annual rendezvous is an overdue gathering of appreciation bestowed upon those individuals, who are the best in their field.

Applications for The Hotelier Awards Asia & South Asia 2019 will open on the 7th November 2018. Followed by applications for Greater China 2019 opening on 12th March 2019. To submit your entry, find out about participating in the Awards, and see all our past winners visit: www.hotelierawards.com