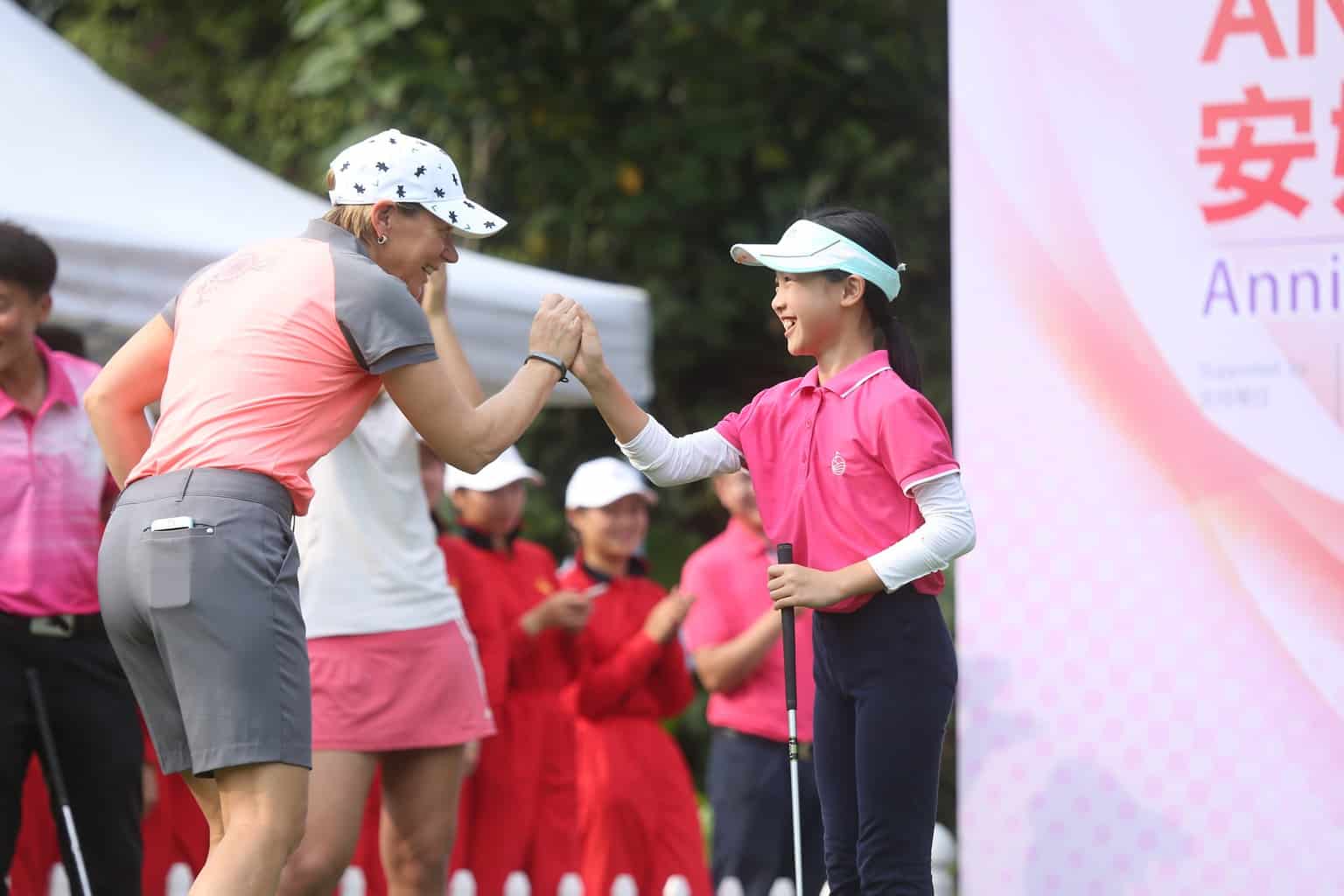 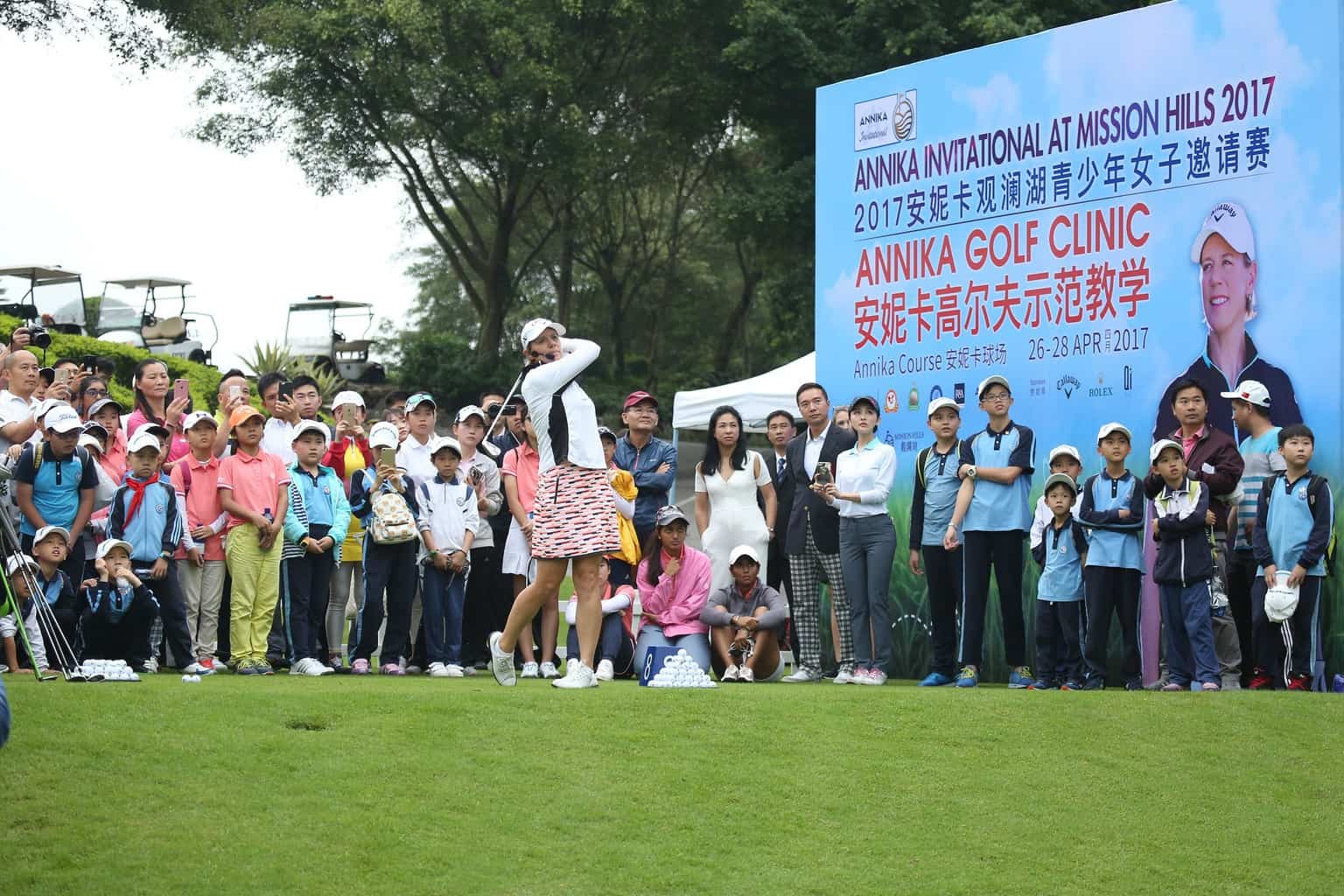 Golfing legend Annika Sorenstam has announced that she will return to southern China on April 25 to host the eighth edition of her hugely-popular Annika Invitational at Mission Hills. Launched in 2011 as China’s first and only all-girls event, this year features the strongest ever line-up in a field of more than 100 entries.

Headlining the long list of top female golfers in action at the Mission Hills Dongguan resort from April 25-27 will be four of the top-10 ranked players in China, including number one, Wang Jia-Yi.  The 14-year-old recently returned from the inaugural Major Champions Invitational in the USA, hosted by Sir Nick Faldo, having been invited to represent Team Annika following her third-place finish at Mission Hills last year.

China’s number two ranked girl, An Tong will also be action, up against a large contingent of overseas golfers from countries including Chinese Taipei, Hong Kong, India, Malaysia and Singapore.

“It’s really incredible how much our event has grown since its inception in 2011,” said 10-time major champion Annika, recently ranked number 6 on ESPN’s list of all-time Most Dominant Athletes.  “We’re delighted to have such an exceptional partner in Mission Hills and look forward to yet another extremely successful tournament.”

“We are always delighted to welcome Annika back to her home away from home at Mission Hills and we are in awe of the time and effort she devotes to growing golf globally, including here in China,” added Tenniel Chu, Group Vice-Chairman of Mission Hills. “This year promises to be extra special with so many strong entries. It is also the year of the Youth Olympic Games in Argentina which we will celebrate with an extra team event, giving the players a chance to bid for selection for Buenos Aires 2018.”

With R&A and CGA ranking points on offer, top female golfers aged nine to 17 will compete over three rounds on the highly-acclaimed Annika Course at Mission Hills Dongguan for the title of champion and a place in the prestigious Annika Invitational in the USA. Last year’s champion, Shi Hui-Ying will not defend due to injury.

Annika will spend time with the players both on and off the course, sharing the knowledge and experiences that have made her the most successful female golfer of all time with more than 90 international wins as a professional.

Photos – Annika Sorenstam with players and local schoolchildren during the 2017 ANNIKA Invitational at Mission Hills in Shenzhen, China.

About the ANNIKA Foundation

Annika created the ANNIKA Foundation (www.annikafoundation.org) to provide opportunities in women’s golf at the junior, collegiate and professional levels while teaching young people the importance of living a healthy, active lifestyle through fitness and nutrition. The Foundation has partnered with key organizations to promote healthy, active lifestyles for children, including SPARK, Florida Hospital for Children in support of its Healthy 100 Kids initiative and The First Tee in development of the Nine Healthy Habits curriculum for children.

The Group’s ‘golf and more’ leisure philosophy has catalyzed its tourism-related business expansion into a leisure hub for multi-generational families. Mission Hills Centreville in Shenzhen and Haikou provides integrated shopping, recreational, business, education, entertainment, leisure and cultural experiences, including Bromsgrove School Mission Hills in Shenzhen in collaboration with the historic British boarding school. Mission Hills has also extended its foray into the hospitality industry by partnering with world-renowned hotel brands such as Hard Rock, Renaissance and Ritz-Carlton. These collaborations have seen the opening of Ritz-Carlton’s first golf resort hotel in China and China’s first Hard Rock Hotel in Shenzhen.