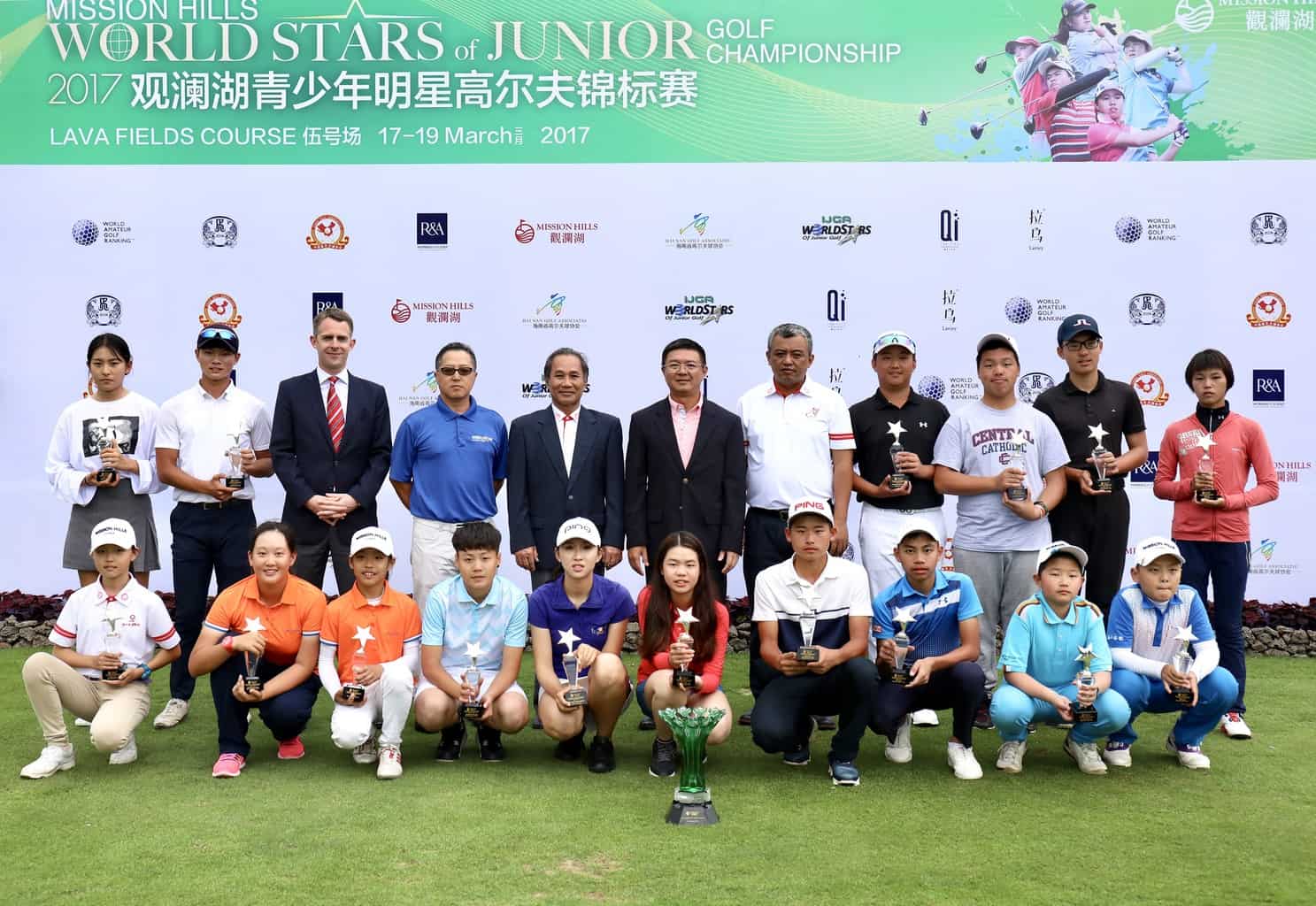 A record entry of more than 150 young golfers will line up in this year’s Mission Hills World Stars of Junior Golf Championship with one thing on their mind – a dream trip to Las Vegas for the winners. The prestigious international tournament returns to the tropical Chinese island of Hainan on April 6-8.

Juniors aged nine to 17 from 10 different countries will compete over three days on the highly-acclaimed Lava Fields Course in Haikou – one of 22 courses across two luxury resorts at Mission Hills, the world’s largest golf facility as recognised by the Guinness World Records.

“This is an important year for junior golf with the sport returning to the Youth Olympic Games in Argentina this October,” said Tenniel Chu, Group Vice Chairman of Mission Hills. “The World Stars is the first of several high-profile junior championships at Mission Hills this summer. Together with the Annika Invitational, the Jack Nicklaus Junior Championship and the Faldo Series, we want to give players a chance not only to compete at the highest level but also to possibly secure selection for Buenos Aires 2018.”

The overall boy and girl winner will receive free exemptions into the IJGA World Stars of Junior Golf Championship in Las Vegas this July, a tournament ranked by The R&A, the NJGS, Golfweek and the AJGA.  The other age-group winners will also be invited.

A strong challenge is expected from China on home soil with entries confirmed from three top-10 national juniors – Pan Jie-Hong and Yin Ruo-Ning in the girls and Xiong Tian-Yi in the boys.  13-year-old Xiong has risen up the China Golf Association (CGA) rankings since his impressive victory in the 2016 Mission Hills Junior Series Grand Final 16 months ago, aged only 12.

Also expected to contend again will be last year’s qualifiers, Chen Zi-Hao of China plus Chinese Taipei’s Huang Jia-Pei and Chang Chih-Hsuan. Inspired by their life-changing experience in Las Vegas last summer, the trio will be looking to secure a return visit.

R&A and CGA ranking points will be on offer for the 54-hole Mission Hills World Stars of Junior Golf Championship at Mission Hills Haikou from April 6-8. Golfers aged 17 and under can visit the Mission Hills website to enter.

The Group’s ‘golf and more’ leisure philosophy has catalyzed its tourism-related business expansion into a leisure hub for multi-generational families. Mission Hills Centreville in Shenzhen and Haikou provides integrated shopping, recreational, business, education, entertainment, leisure and cultural experiences, including Bromsgrove School Mission Hills in Shenzhen in collaboration with the historic British boarding school. Mission Hills has also extended its foray into the hospitality industry by partnering with world-renowned hotel brands such as Hard Rock, Renaissance and Ritz-Carlton. These collaborations have seen the opening of Ritz-Carlton’s first golf resort hotel in China and China’s first Hard Rock Hotel in Shenzhen.