It’s important not to forget to indulge yourself every once and awhile. To treat yourself to a meal with luxurious surroundings, quality food, and of course, the finest drinks. Whether it’s for a birthday, to celebrate an anniversary, or even just because you feel like giving yourself something nice. With such indulgence in mind, I introduce The Treasure Of The Sea promotion at the Mercado Restaurant & Café at the InterContinental Shenzhen.

The promotion is an extravagant celebration of seafood offering a buffet selection that includes a Live Tuna Station and French Gillardeau Oysters capped off in fine style with free flow Chandon Sparkling Wine. 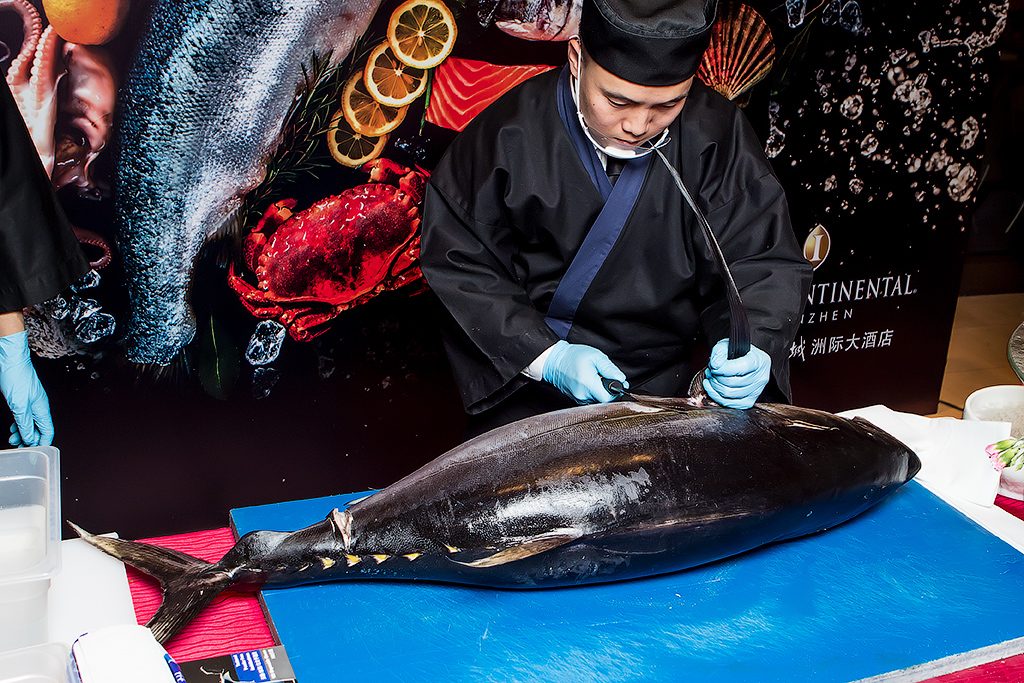 The InterContinental Shenzhen, situated in the scenic and quaint surroundings of OCT, is one of the city’s more iconic hospitality venues. The hotel’s Spanish theme lends itself as a picturesque setting and the Mercado Restaurant & Café always offers a lively atmosphere. 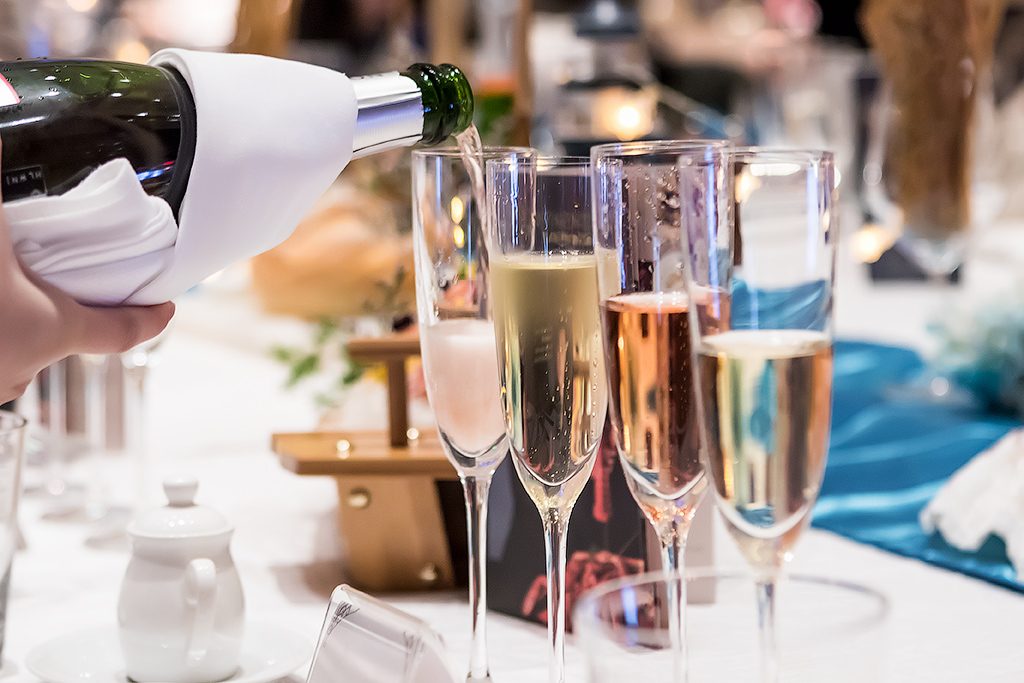 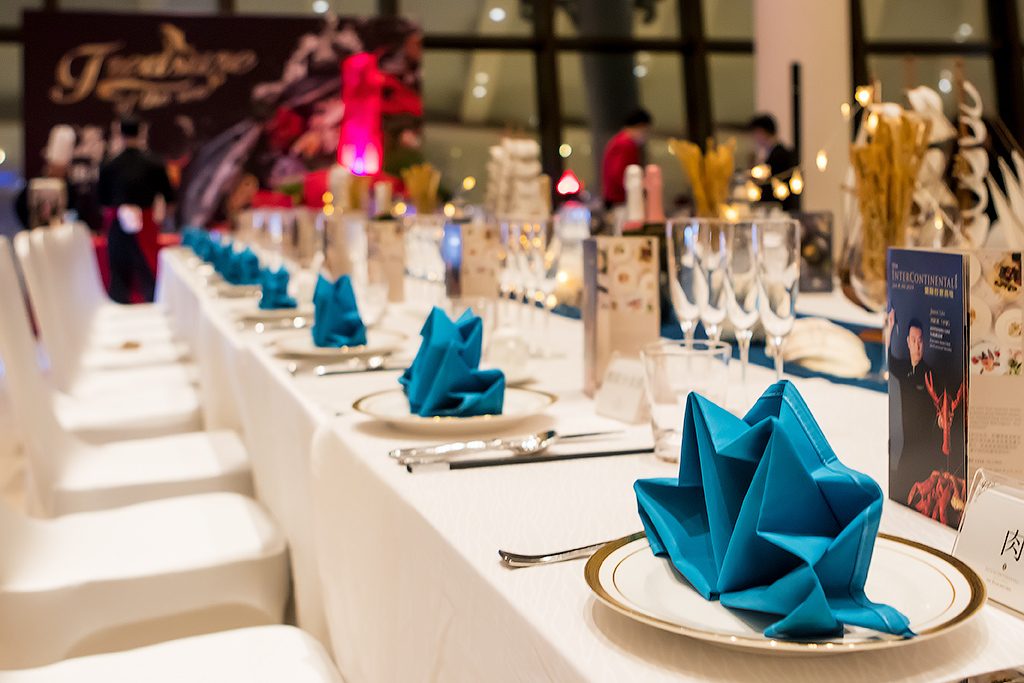 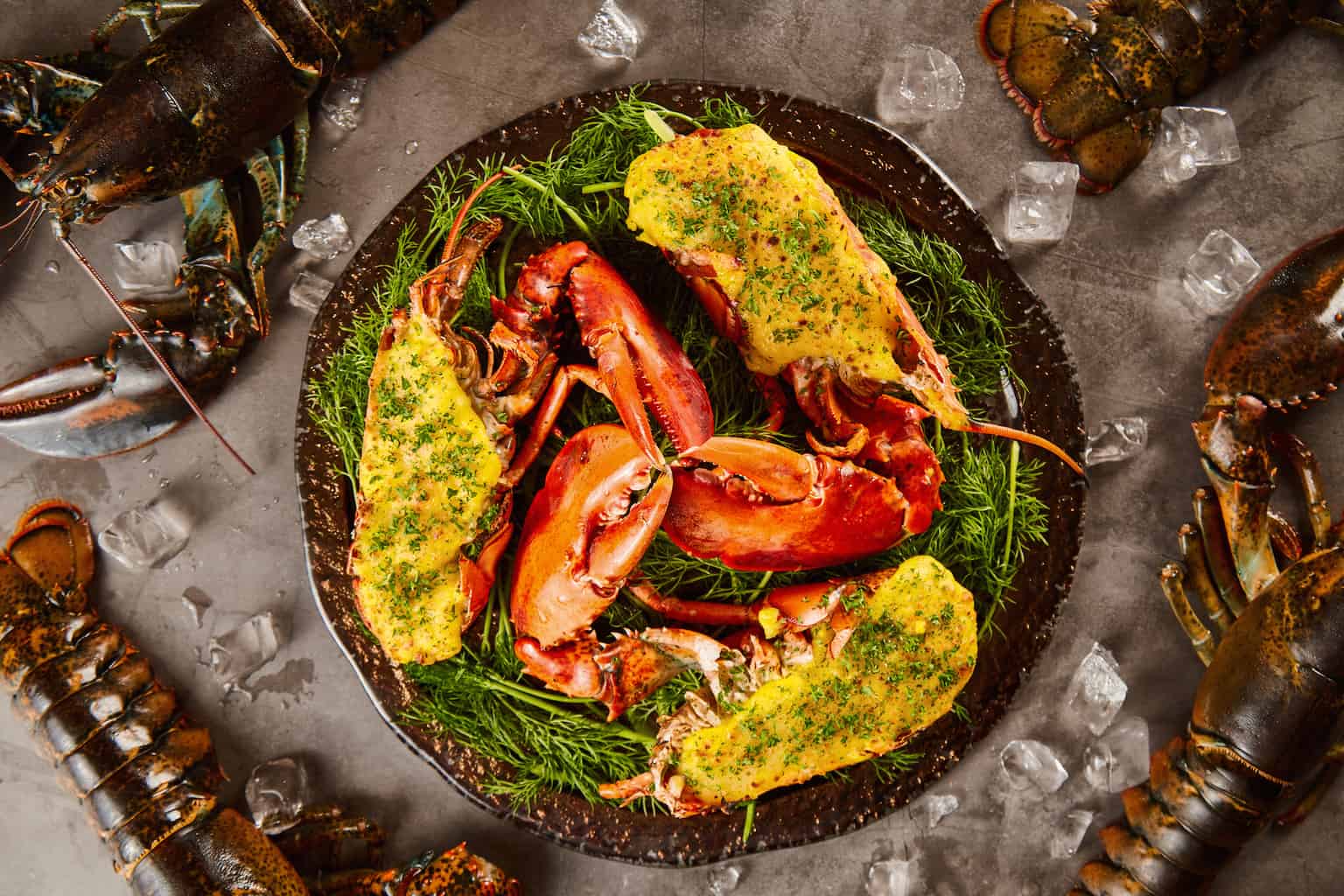 The Mercado Restaurant & Café is already one of the top dining spots in town, but with The Treasure Of The Sea promotion, the buffet selection is really not to be missed. 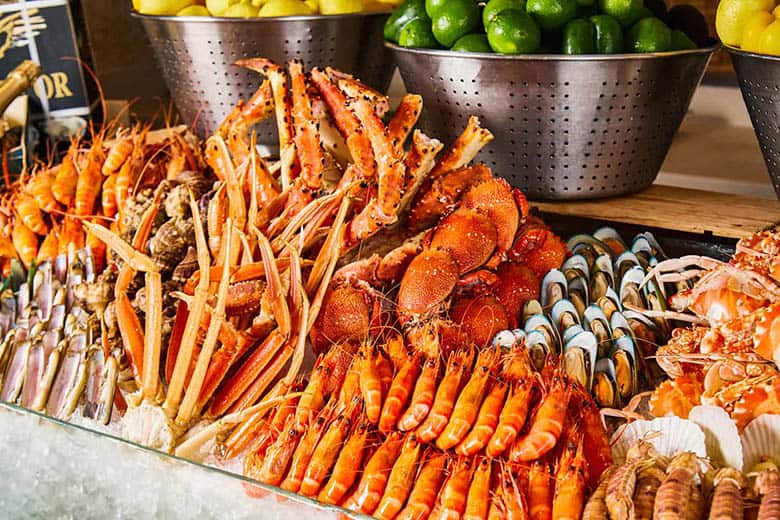 Arguably the centerpiece of the evening, and this writer’s favorite moment, is the Live Tuna Station. Led by Executive Sous Chef, Jason Liu, the team of chefs prepares the giant Yellowfin Tuna for guests to enjoy. The fresh fish can be savored as a Tuna Salad, Tuna Sushi or Sashimi, or the highly-recommended Pan Fried Tuna Fillet. It’s so hard to choose between the dishes that you will be forgiven to come back to sample them all. 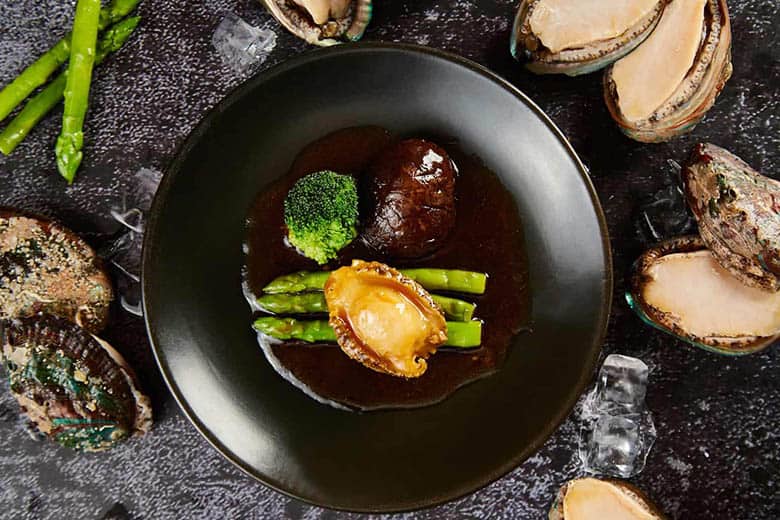 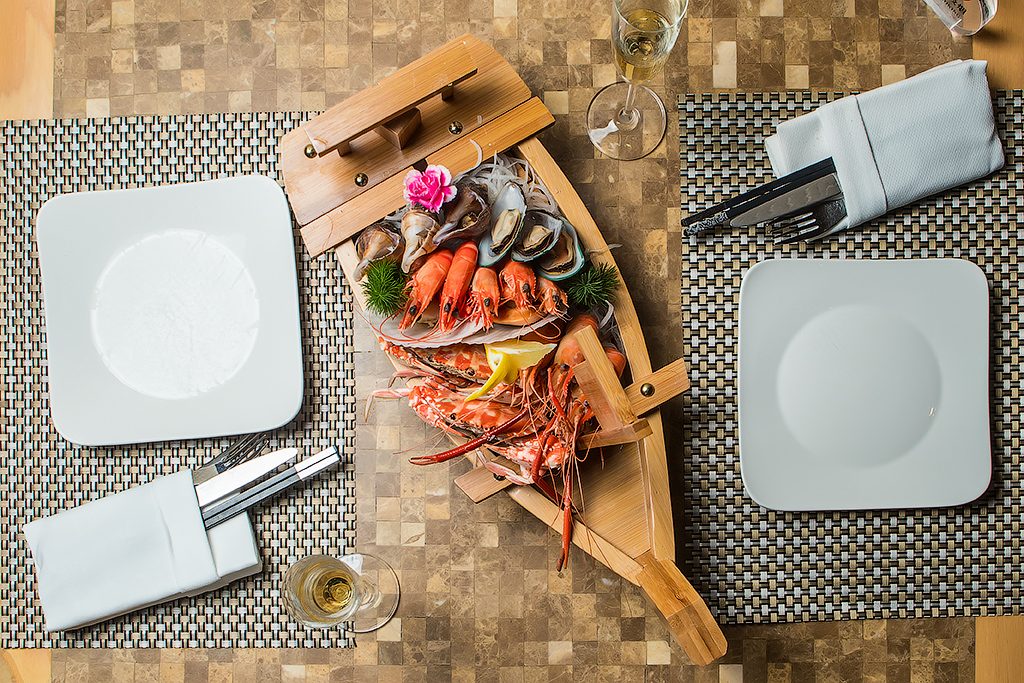 The selection of chilled seafood and sashimi extends beyond the Yellowfin Tuna, however, with a treasure trove of dishes available including Mantis Shrimp, Arctic Shellfish, Alaskan Crab Leg, Tiger Crab, and Salmon.

The Live Tuna Station is not the only gem of the InterContinental Shenzhen’s Treasure Of The Sea. The hotel has spared no expense when sourcing their shellfish and guests can enjoy French Gillardeau Oysters as part of the buffet during the promotion. You will only need to try one of these plump and soft oysters with its hazel aftertaste to appreciate why Gillardeau are ranked in the top three oyster suppliers in France. 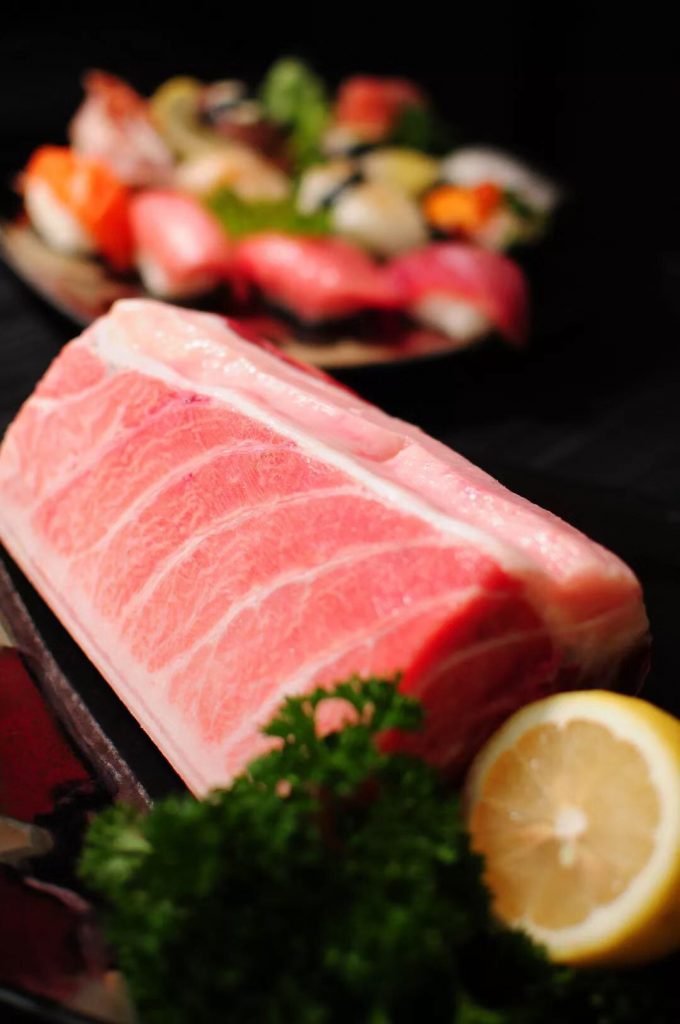 If you can pull yourself away from the oysters for a moment, then there are a number of other shellfish to be enjoyed. The Steamed Scallop With Garlic and Rice Noodles and the Baked Mussel With Bacon And Vanilla Sauce stand out on the menu.

The Treasure Of The Sea promotion boasts a number of live cooking stations, and after the Live Tuna Station, the Lobster Area also caught the eye. There, the team of chefs can be found busy preparing Grilled Lobster With Spinach And Cheese. Other cooking stations well worth a visit include the Abalone area for Braised Abalone With Rice And Oyster Sauce and the Fish Maw area for Stewed Fish Maw With Millet Congee.

One of the biggest draws of this promotion from the InterContinental Shenzhen is the very generous free flow offering on Chandon Sparkling Wine. After all, what better choice of drink is there to pair with the French Gillardeau Oysters or the Yellowfin Tuna Sashimi. The Chandon comes in four varieties ensuring a taste for every palette. 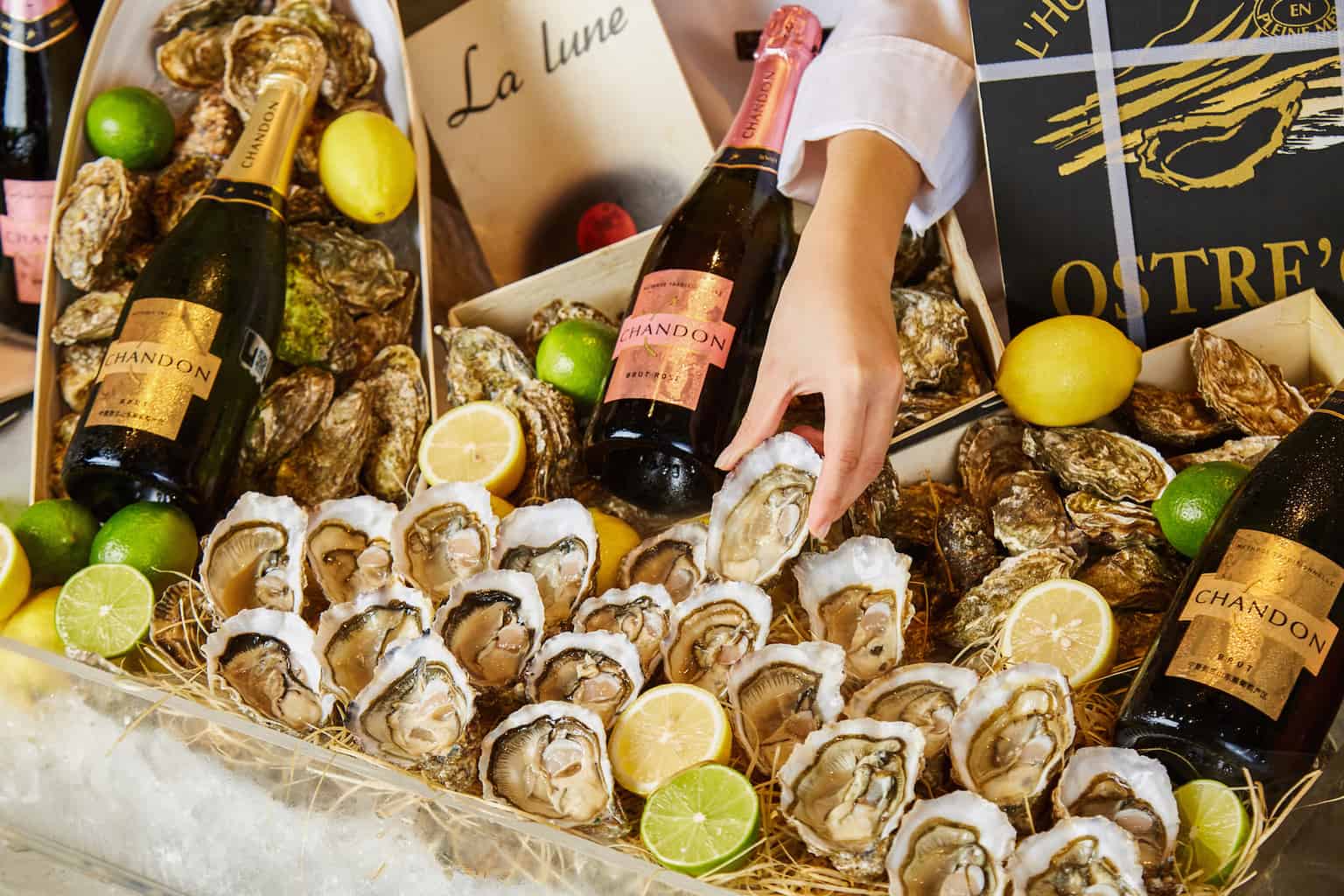 You don’t have to wait for a special occasion to experience The Treasure Of The Sea. Remember, sometimes it’s good to indulge yourself a little… 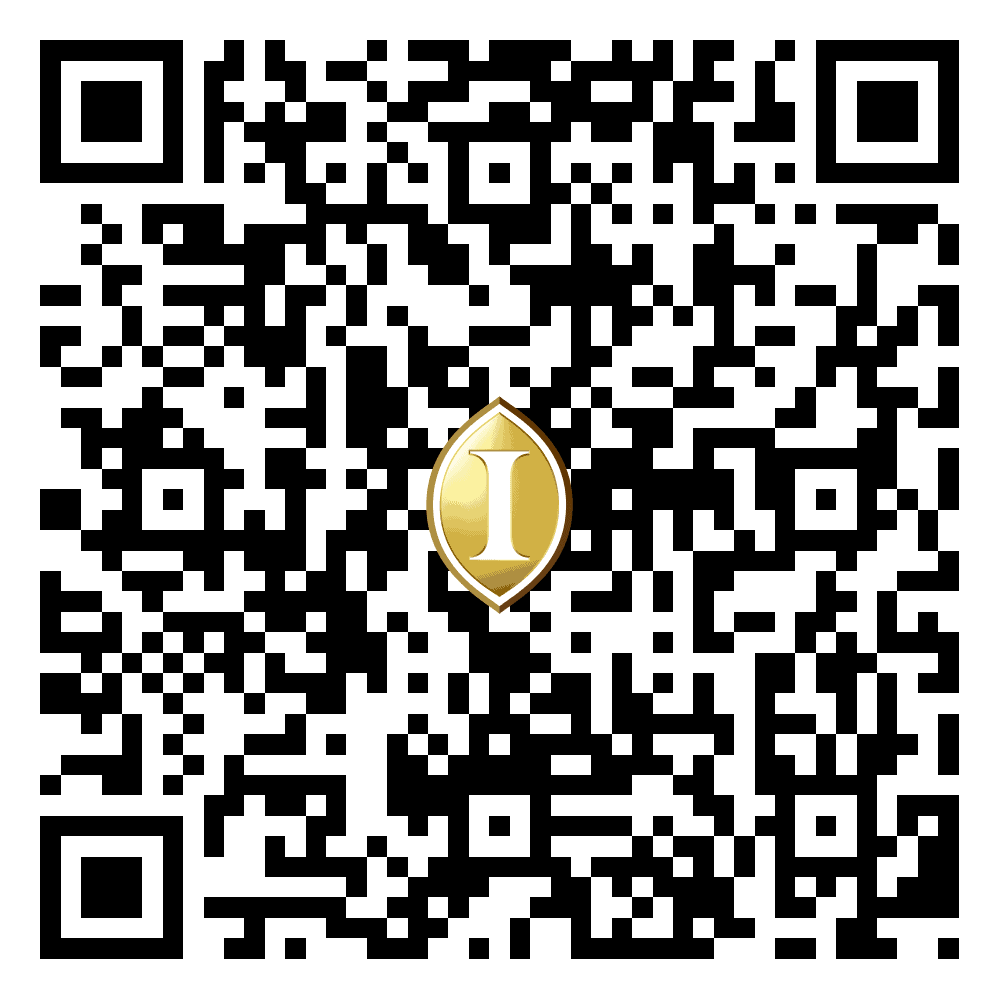