Wayne Gretzky, Canadian icon and one of the greatest hockey players of all time, will be visiting Shenzhen this September. Reports indicate that “The Great One” will be visiting in his capacity as global ambassador for the Beijing based Kunlun Red Star hockey club. 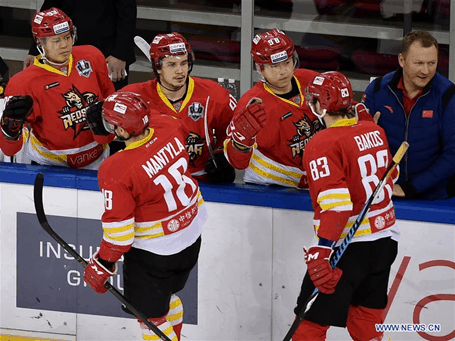 Earlier this week we learned that Gretzky has been named global ambassador for the Kunlun Red Star. The Red Star are China’s are the only team in the Eurasian KHL (Kontinental Hockey League) widely considered to be the second strongest hockey league in the world.

The appointment appears to be part of a wider push by the hockey club to raise the profile of the sport in China. There are also plans to open 20-30 Gretzky hockey schools in China over the next several years, eventually training 20,000 young players across the country. Players in Shenzhen can look forward a high level hockey school for youth age 8-17 which is reported to be opened by the end of September.

While Gretzky’s specific itinerary has yet to be made public, it is likely that his visit to Shenzhen is meant to coincide with the opening of the school. The NHL China Games Exhibition matchup between the Calgary Flames and the Boston Bruins will be taking place in Shenzhen on September 15th but is unclear if Gretzky will be involved.

Tickets for the game are on now on sale, and can be purchased by scanning the QR code below.

Hockey in the PRD

In preparation for the 2022 Winter Olympics in Beijing, there has been a concerted effort by the central government to raise the profile of winter sports among the Chinese people. Chief among them is Canada’s beloved sport of ice hockey.

The idea of ice hockey thriving in the tropical heat of Shenzhen may seem unlikely but there is an enthusiastic hockey community growing quickly in the city. More and more hockey training programs are popping up and more kids are getting involved.

“Our company has been in Shenzhen since October 2016. We have seen some exciting changes in Shenzhen in this small period of time. The number of children registering to play hockey has grown and we are very proud to be part of the growth of this incredible game.”

As is true with any industry that the Chinese government gets behind, the growth of hockey in China has created new business opportunities. According to market consultancy, Analysis, the total revenue generated from sponsorship, broadcasting and fan spending on winter sports events is expected to reach 160 billion yuan (US$26 billion) by 2025.

“As ice hockey grows in China and the Chinese government continues to make health and wellness a national priority many corporate partners are working with us as part of their government relations and community engagement strategy.” Says DL Hockey founder Doug Lynch “Many businesses looking to grow their visibility in market can tap into local partnerships with programs like DL Hockey that are engaging Chinese families and educating kids on the importance of nutrition, sportsmanship, teamwork and leadership.”

While it is exciting for Canadians to see their beloved game getting some attention in China, it is important to remember that the sport is still very much in its infancy. According to the International Ice Hockey Federation’s 2017 Survey of Players, China has just over 1100 registered players. While IIHF data only counts nationally registered players and may not include those participating in private or recreational programs, the game still has a long way to go. Lynch is committed to playing his part in developing a new generation of Chinese hockey players.

“For us, building a sustainable presence in China is all about working with smart, friendly people, from corporate partners and coaches to parents, local rinks and schools. We’re lucky to have a network like CanCham who can help us spread the word and meet more folks.”