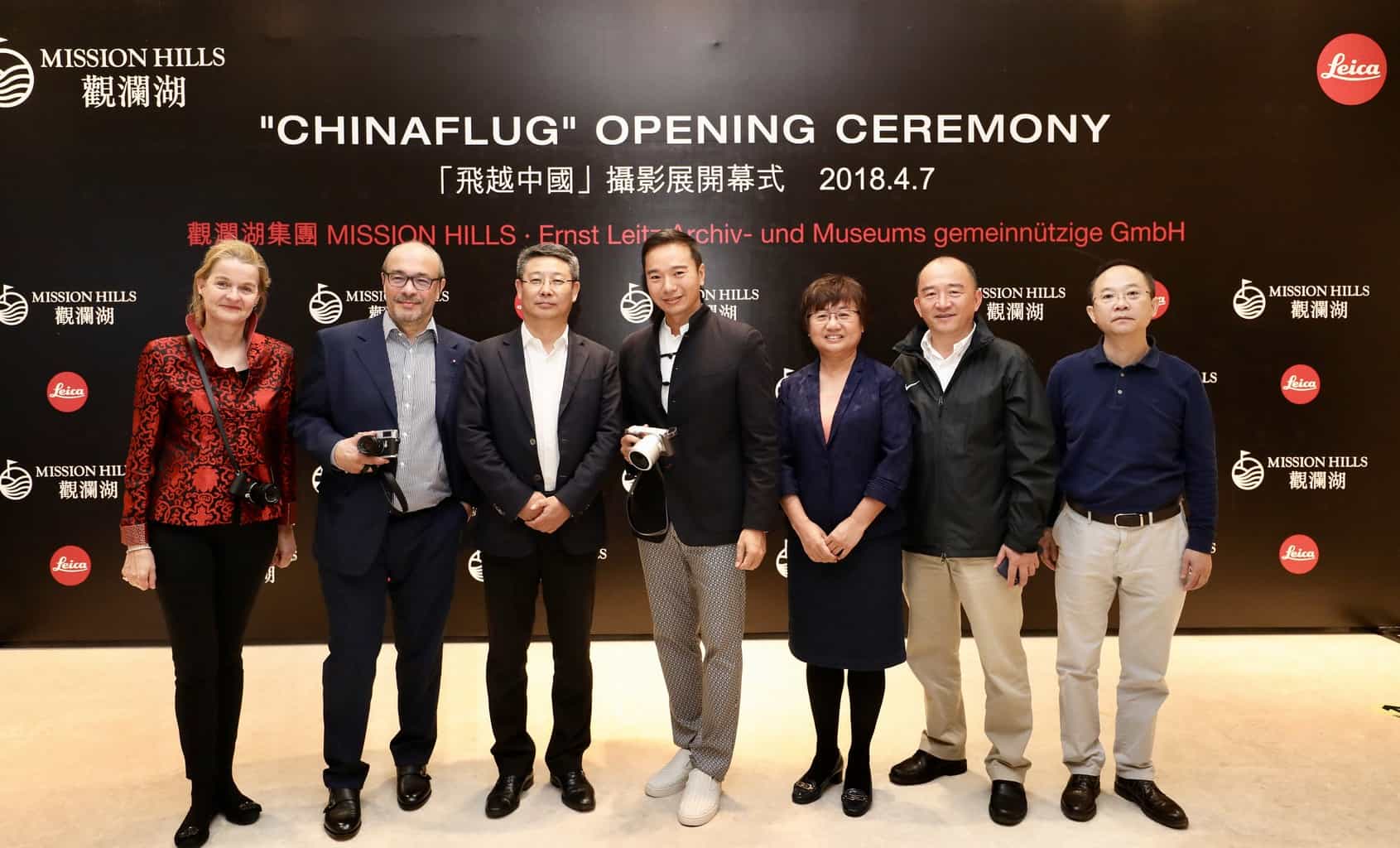 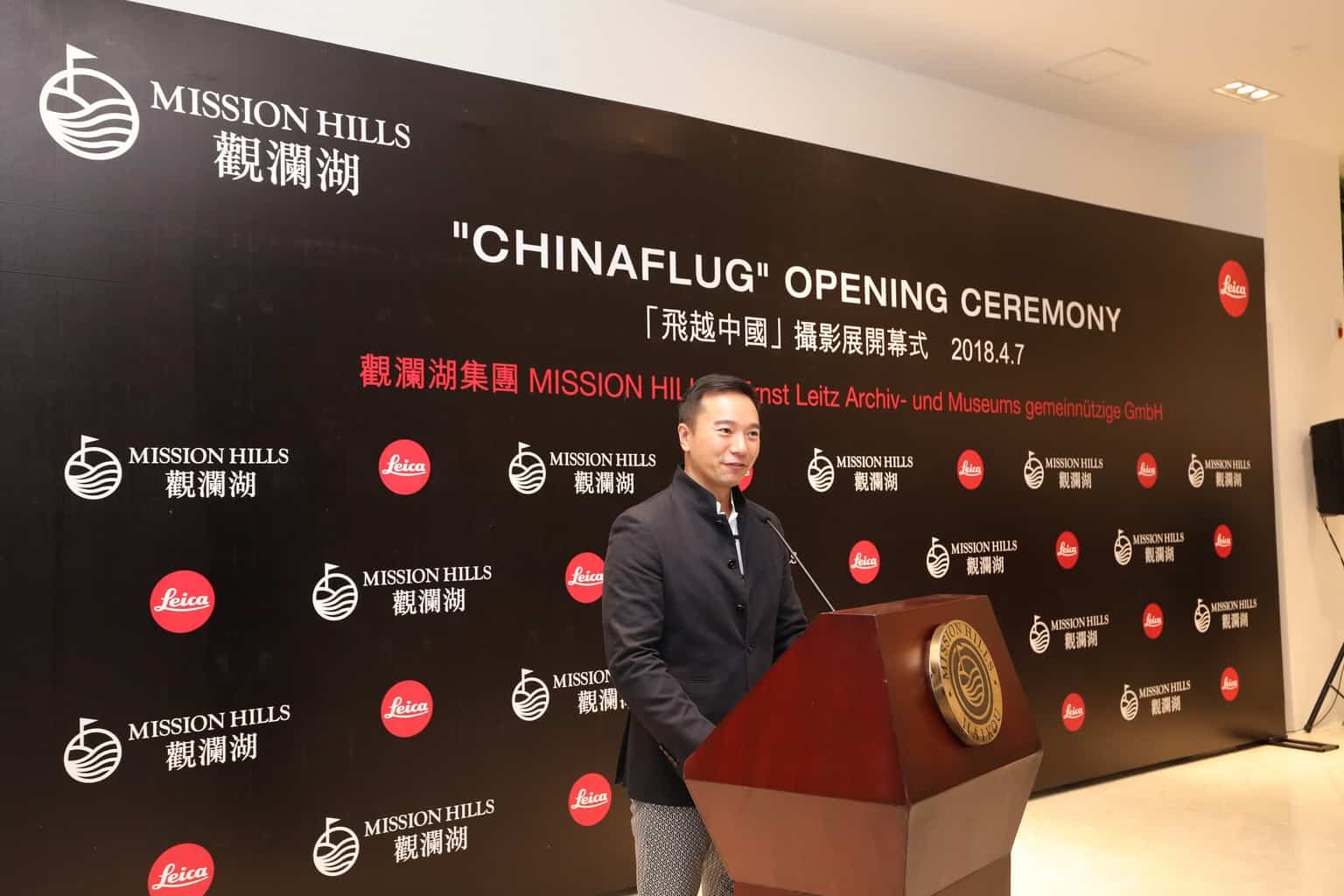 In the mid-1930s, a celebrated German aviator called Wulf-Diether Graf zu Castell-Rüdenhausen flew over China with his Leica camera, recording stunning landscapes, natural features and historical monuments. For more than 80 years his photos have remained undiscovered and unseen – until now.

The Chinaflug (meaning China Flight) exhibition will run for 45 days at Mission Hills Centreville in Haikou. Entry will be free, in celebration of the 30th anniversary of Hainan’s status as a province. 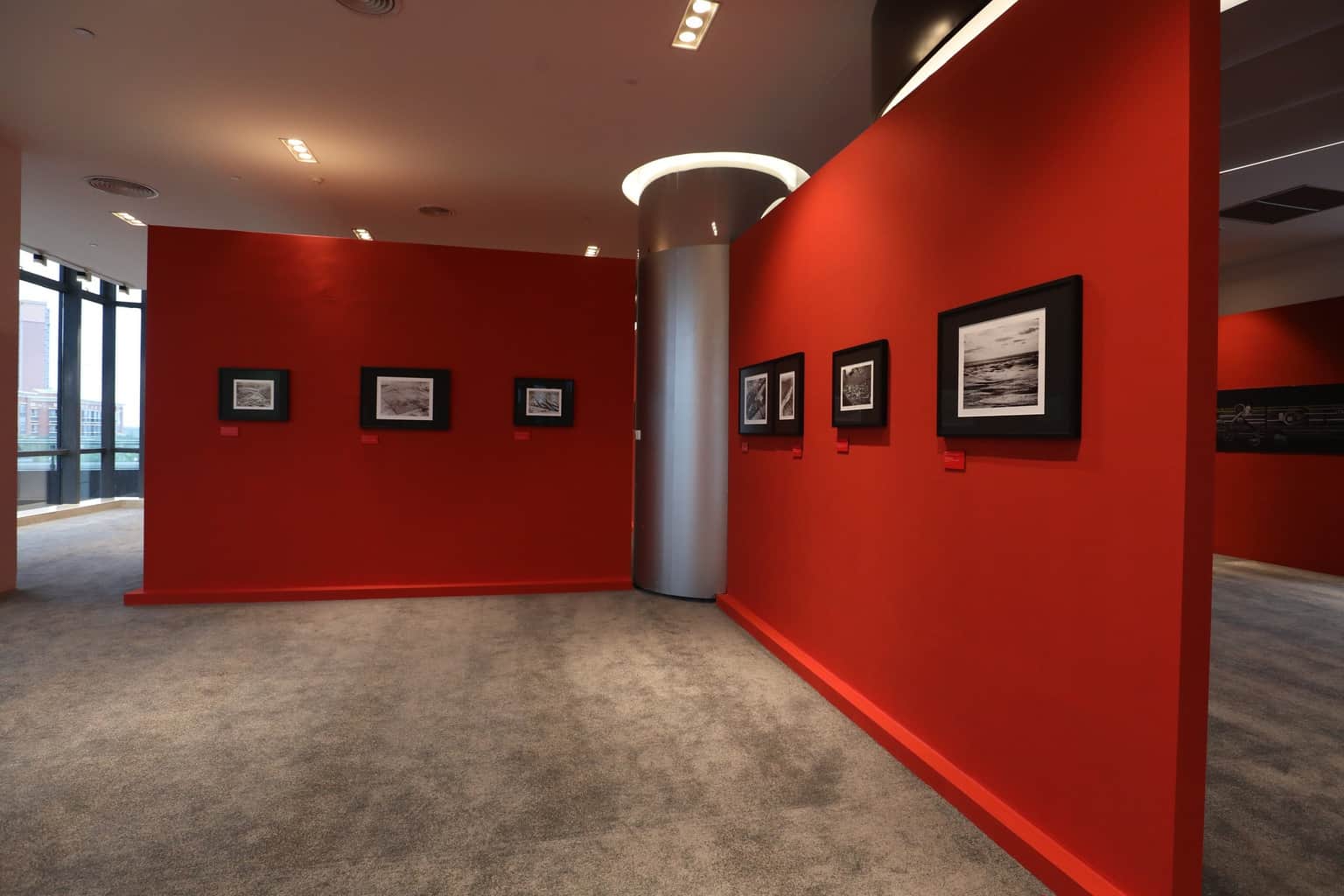 On display are several precious and historical photos which have remained unseen to the world for many years. These photographs record incredible images of old China through the power of aerial photography. 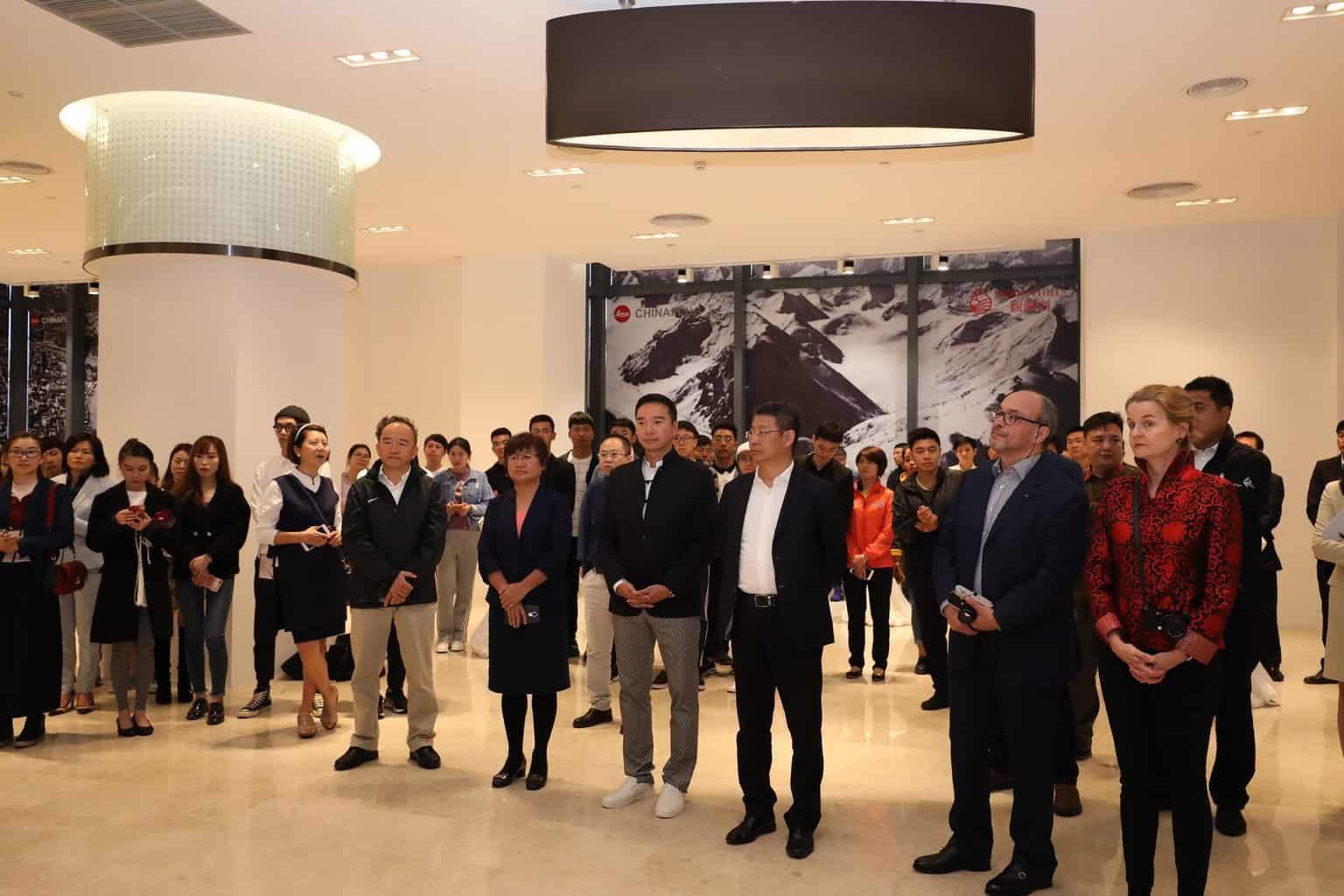 “We are honoured to team up with Mission Hills – like Leica, a family-owned business and a pioneer in its field – to bring these significant photos of China to the Chinese public,” said Chairman of the Supervisory Board Leica Camera AG, Dr Andreas Kaufmann, owner of the Ernst Leitz Archiv- und Museums gemeinnützige GmbH. 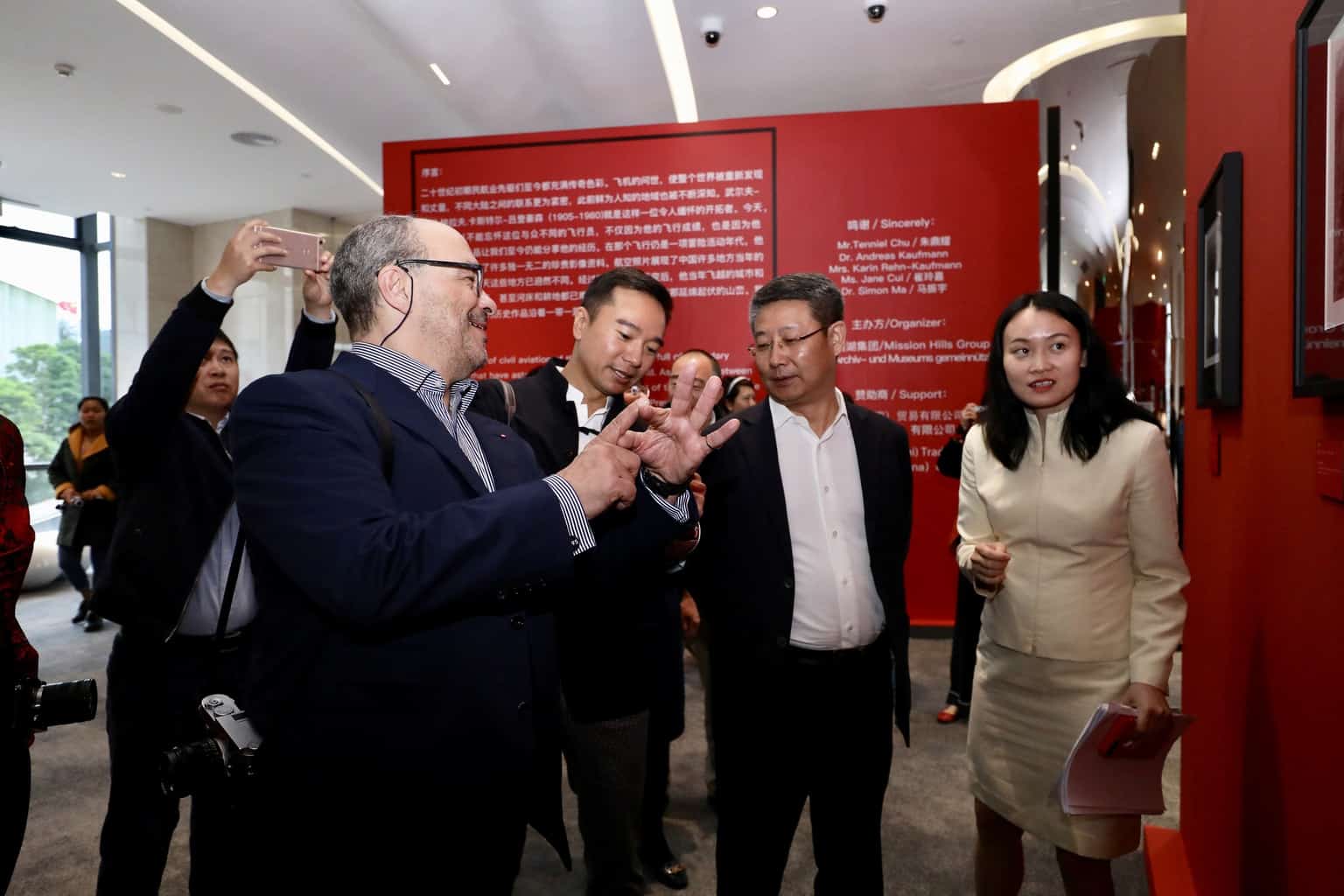 “Chinaflug is an example of how Leica captured the past one hundred years of human history. It is also a showcase of the long friendship built between Germany and China,” added Karin Kaufmann, Art Director of Leica Gallery International and Chairwoman of the Ernst Leitz Archiv- und Museums gemeinnützige GmbH.

Cao Yuan Xin, Director of Department of Culture, Radio, Television, Publication and Sports of Hainan Province commented: “Visitors to Hainan continue to grow year on year and the province received more than 67.45 million tourists in 2017, up 12.2 per cent year-on-year, contributing 81 billion yuan in revenue. Mission Hills has been at the forefront of tourism in Haikou for close to a decade and the Chinaflug exhibition will be another hugely popular attraction for visitors to Hainan.”

Leica Camera AG is an internationally operating, premium-segment manufacturer of cameras and sport optics products. The legendary reputation of the Leica brand is founded on a long tradition of excellent quality. In combination with innovative technologies, all Leica products fulfil a common objective: better pictures, wherever perception and visualization matter. Leica Camera AG has its headquarters in Wetzlar, in the state of Hessen in Germany, and a second production site in Vila Nova de Famalicão, Portugal and operates its own worldwide network of regional organisations and Leica Retail Stores.

Leica is German engineering at its best, and the Leica ideal is an integral part of the culture of seeing. Leica has a long history of focusing on perception and has developed innovative instruments that offer a unique experience. The result is a renowned series of cameras and lenses, and a superb range of sport optics including high-aperture and laser rangefinder binoculars, and spotting scopes.

These products expand the natural limits of perception and open up new dimensions for human vision and insight. Leica quality is in a class by itself – both in analogue and digital capture modes.  Top-quality systems with intuitive controls provide the best picture results and offer unparalleled creative freedom. In this way, Leica helps transform vision into personal creative fulfilment.