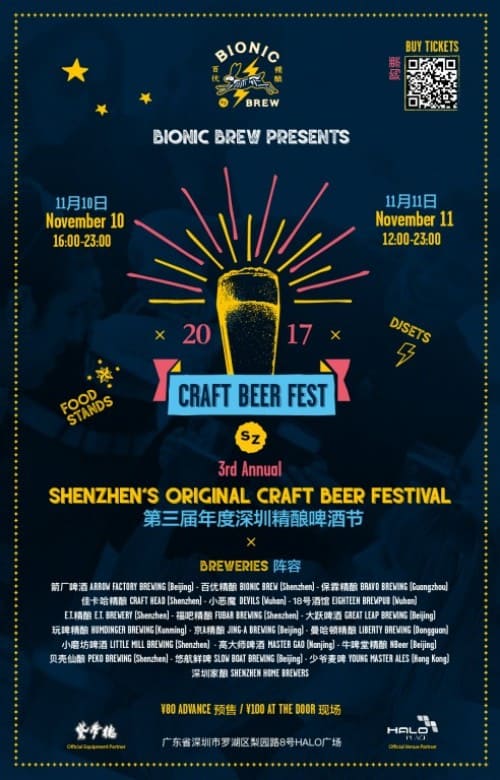 For a beer festival which is only in its third year, Shenzhen Craft Beer Festival presented by Bionic Brew gave the distinct impression of experience and longevity.

This year the Shenzhen Craft Beer Festival was held at a new venue – HALO shopping mall and leisure square which is on the border of Futian and Luohu. As you walked into the entrance of the festival you were greeted by friendly volunteers. In exchange for the entrance fee of RMB 80.00 in advance or RMB 100.00 at the door you got a token for one free drink, a beer festival glass to sample your drinks in and keep as a memento, and an exclusive Shenzhen Craft Beer Festival bandana. 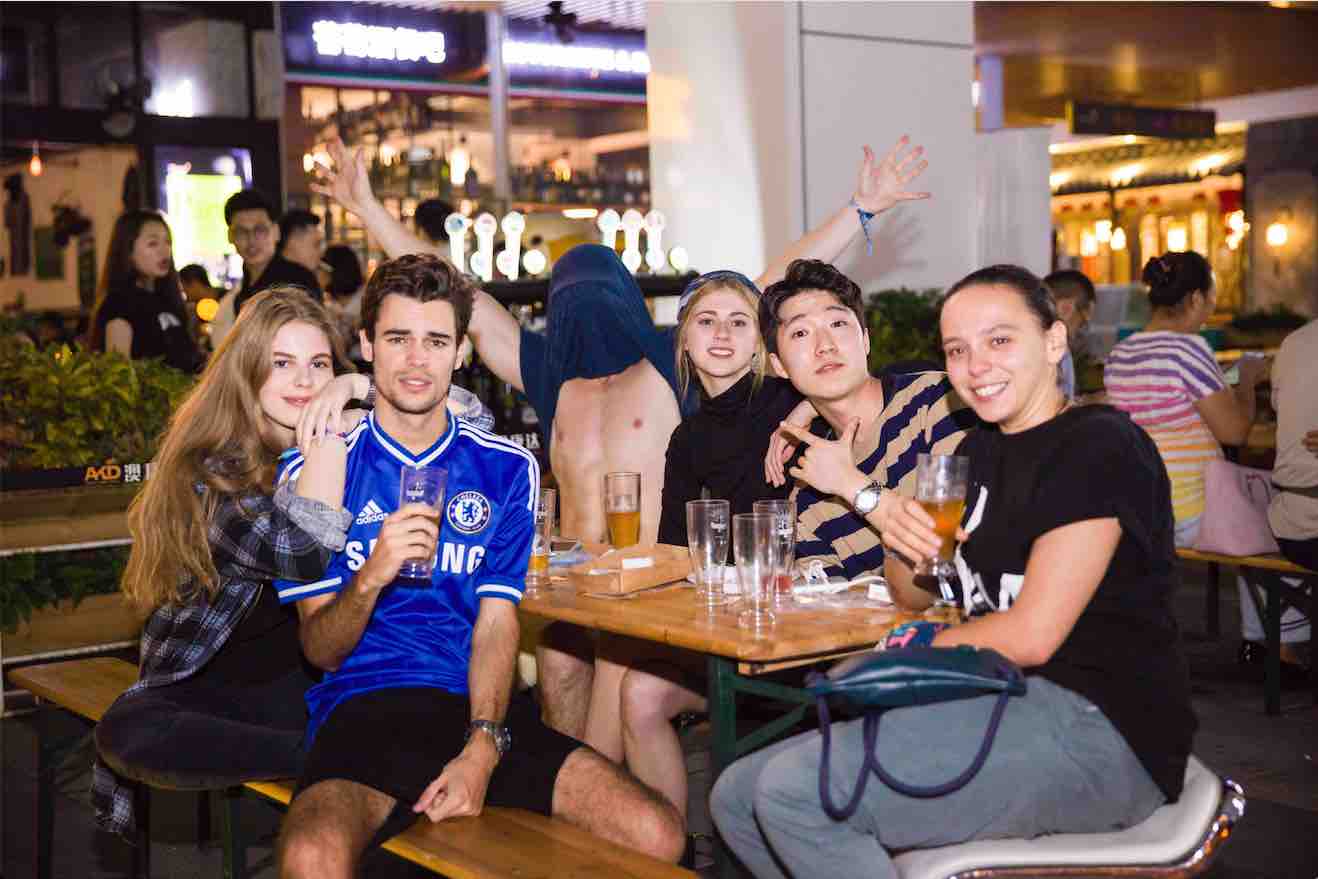 Eighteen different craft breweries from all over China, as well as Shenzhen home brewers, gathered in Shenzhen on Friday 10th November and Saturday 11th November, giving residents of and visitors to Shenzhen alike the opportunity to try unique craft beers and ciders. People from all over China, as well as other parts of the world, joined together to create a fantastic atmosphere over a common interest.

Imagine the scene. A pedestrian area usually empty of anything except a few people hurrying through. Tall buildings either side and in the distance; a water sculpture just in front of you. To your left is a row of craft beer stalls, each one welcoming and unique, hailing from not only Shenzhen but also from Guangdong, Dongguan, Wuhan, Kunming, Hong Kong and Beijing. To your right are tables, chairs and benches aplenty for everyone to use whilst enjoying their food and drinks. The aroma of craft beers and ciders mingles with the scent of freshly cooked food and is complimented by the beat of the music from the DJ booth at the end. An eclectic mix of people surrounds you; chatting, laughing, adding to the ambience. The only difficulty is deciding which beer or cider to sample first. 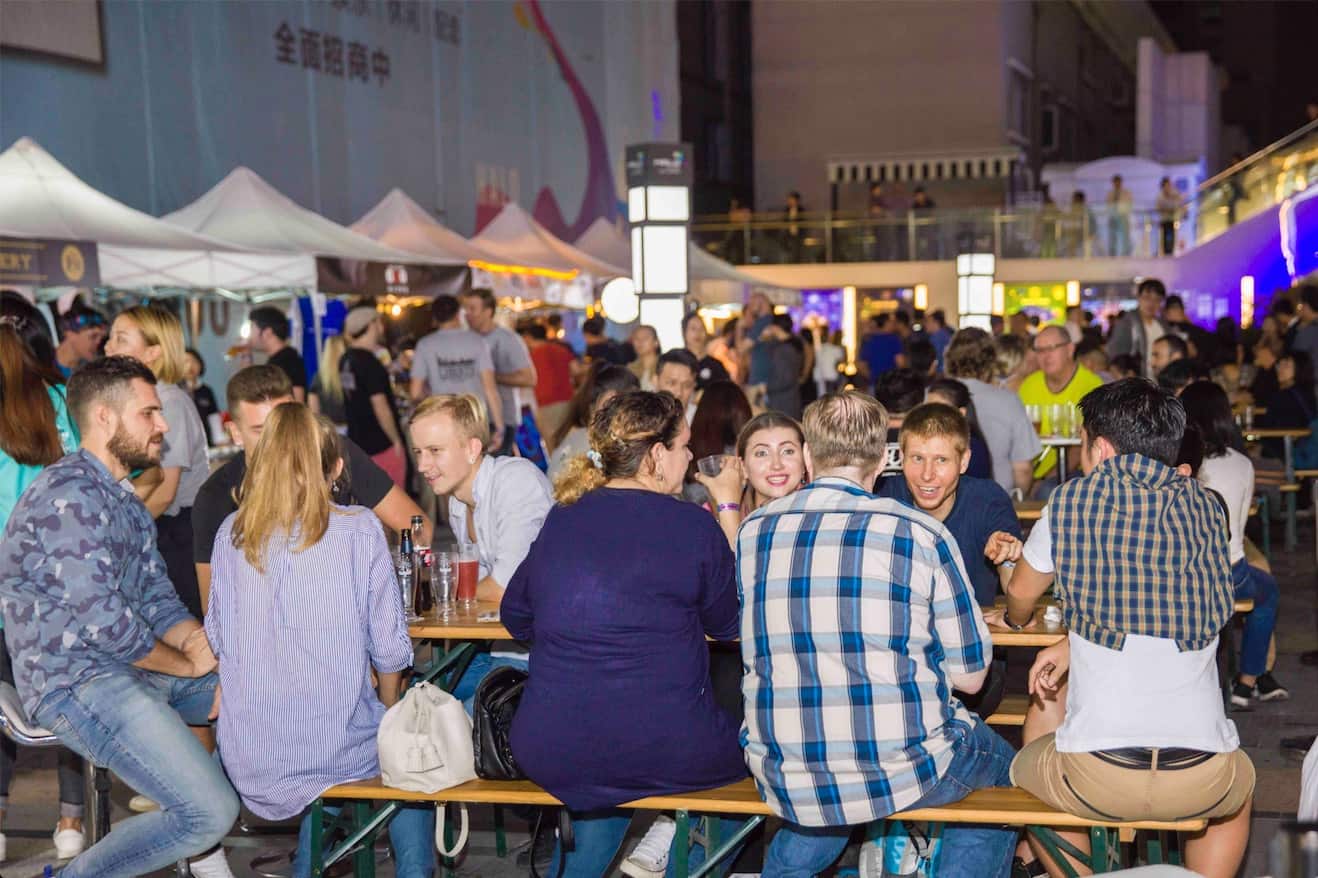 As well as beer, of course, there was also a good selection of food to accompany the drinks. Such delights as pizza bagels, salads, hot dogs, bacon sarnies and a variety of burgers could all be enjoyed for a reasonable price. The only downside was that you had to get there quickly for food as one stall had sold out by 8 PM on the Saturday. Testament to how good the burgers were!

With any great event music plays a key role, and Shenzhen Craft Beer Festival was no exception. Dimitry, one of the DJs at the festival, said that the location was great, the people were amazing and the whole event was perfect. Everyone who was interviewed voiced similar opinions, whether it was their first beer festival or they were an experienced veteran. The music was enjoyed by guests of every age, with young children dancing alongside adults and the festival mascot.

Kendall from Liberty Brewing Co. in Dongguan explained that this was their first time at Shenzhen Craft Beer Festival as a brewery, although they had been before as guests. Liberty is an active part of the brewing community, which Kendall described as fantastic. One of the highlights of coming to an event like this is the opportunity to take home beer from other breweries to serve as guest taps, which make up almost half their 20 draught beers on tap in their brew pub. Kendall said that Joe from Bionic Brew does a fantastic job of organizing the event, and they will definitely be back next year. This year they brought a bus with 54 people from Dongguan; next year they’re hoping even more will join them. 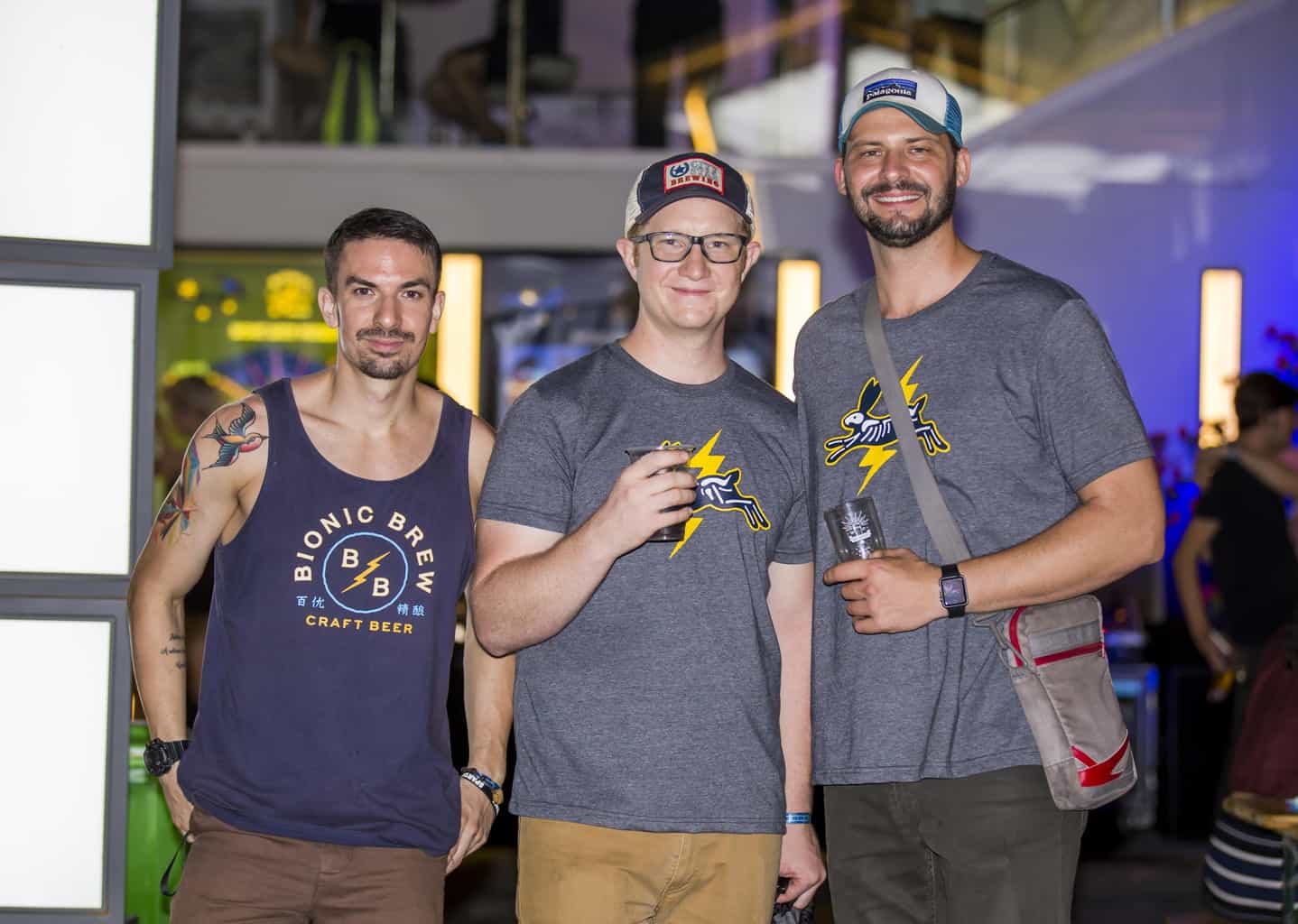 Darragh Hudson, another active member of the brewing community based in Shenzhen, also had a few things to say about the festival. “This is what the craft beer community in Shenzhen is all about – not about competing but about building a community of brewers, customers and suppliers. The festival has a great atmosphere with everyone coming together and enjoying being a part of it. Last year the festival was good, this year it’s amazing; different but in all the right ways. I can’t wait for next year.”

Many visitors also expressed their overwhelmingly delighted opinions of both the festival and the beverages, with one saying there was a ‘cornucopia of beers’ and another saying, “Love it! Especially the berry cider as it came with blueberries!” A range of beers and ciders appeared to be favorites, including Crafthead’s Berry Cider and Ginger Ninja, Devils’ Imperial IPA, Bionic’s range of ales, PEKO’s Fruit Punch cider and Arrow Factory’s Red Rye.

Shenzhen Third Annual Craft Beer Festival was definitely an enjoyable experience and one that exceeded all expectations. Next year’s festival can only be bigger and better. Put the date in your diary now!